The Side ProjectView game page

The mundane story of a mundane game developer
Submitted by The Paper Pilot (@thepaperpilot) — 13 minutes, 18 seconds before the deadline
Add to collection 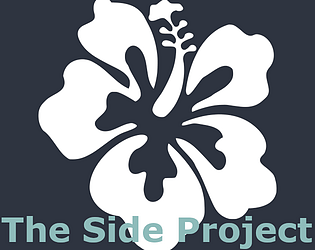 The Side Project's itch.io page

Original and a great art piece, but pretty boring as a game and I'm definitely not seeing how it's incremental at all

I really liked your use of the game's story to talk about where you're at with developing this engine, what you want to do next, and what you're having a hard time with. it's always refreshing seeing other developers air their thoughts like this, like a public diary. and that it's happening inside of a game engine in-development makes it fascinating, because we get to play with what you talk about as you talk about it.

writing good stories and narrative games can be hard, but very rewarding to keep trying. good luck with your projects in the future, I'm certainly looking forward to seeing what you do next!

LikeReply
The Paper PilotDeveloper85 days ago(+1)

Thanks! It’s been probably a decade and a half since the last time I had to write a “stream of consciousness”, but I think it came out fairly well given the time constraints. It was honestly a bit of a nice break from the actual coding parts of the project haha.

The UI and interface is wonderful! : )

Nice looking interface, though it's a bit unintuitive at first. Not much incrementing, but this has a lot of potential.

Nice work on the interface overall

I clicked around aimlessly trying to figure things out and unlocked a couple more nodes after I tried "developing" a bunch of times (I think... or maybe after sleeping) since that sounded like the most "progress-y" thing to try to do

after that I clicked around a little bit more and ended up closing it, because even though I was clearly doing "something" not understanding what that "something" was at all, and not understanding what I was "supposed to do" or what the end goal was, prevented me from getting engaged. (this is more a personal failing because I have the attention span of a fly, but I guess that's why I play incremental games so I'll leave this experience feedback anyway)

LikeReply
The Paper PilotDeveloper94 days ago

Thanks for the feedback, I appreciate it! This is a bit more narratively driven than other incrementals (although due to time constraints the story isn’t great haha). You were on the right track though: the develop action was the way to advance!

Its not a idle game but it fits the theme and that the game is incrementall, cool work man!

That's a fair point. I'll take a look at it again tomorrow form that lens.

Not an idle game.

At first I thought that it's just another prestige tree, but as it turns out it's more of a Cultist Simulator. In fact it's exactly like Cultist simulator, but with numbers instead of cards. And development of this game as a narrative instead of eldritch horror.

I kinda like it. But it's not an idle game. And some ways the values affect each other are a bit confusing. The game becomes "try everything once, realize that you need to develop while having some energy, low hunger, and enough time, then find the one true strategy that you repeat at infinum". Haven't found anything buggy about it, so good job there.

LikeReply
The Paper PilotDeveloper94 days ago

Thanks! Cultist simulator was a big inspiration when designing the game. There was originally a school mechanic that would’ve gotten numbers a bit bigger and more like an incremental game, but it got cut due to time restraints.

I’m not a big fan of time walls and stuff, so I don’t think I would’ve ever implemented something that makes it an idle game. To be honest, I think the incremental games genre has moved away from that a bit, which frankly I’m glad to see as I enjoy the more active incrementals more myself.

I appreciate the feedback about there being a clear optimal strategy. I totally agree with you there. With more time for development I would’ve liked to implement more actions and resources that would ideally have forced the player to make sacrifices in order to be productive on the game. Plus with more random events the player would’ve needed to adapt to change more.

I  wouldn't worry about making the optimal strategy. That's just the nature of the math model at the basis of the game. And not having such a strategy or making it too obtuse to find will be bad as well.

As I said in another comment, I will look at this game again from the perspective of it being an incremental instead of idle. Though I honestly feel that there is still merit in Idle games, but people are just getting lazy about making them, dropping in the simple patterns that were already proven to work. I feel that there needs to be some parallel progression that doesn't reset each other, with different time walls at different times so that you can play any of them, but not have to play any single one at any point.

Just as a head’s up, it’s actually the Summer Incremental Game Jam

i know! probably should have made it clearer what the joke was
your game fits with the (Incremental) jam just fine imho, thanks for taking the time to put smth in