A porous taxonomy made for sub-Q love jam 2018
Submitted by lavieenmeow — 5 days, 1 hour before the deadline
Add to collection 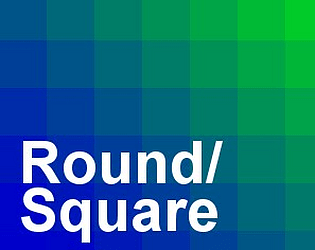 Just wanted to say I really dug this, it was one of my top three for the whole jam, and I thought it was a completely ingenious use of the limited word count.

Thanks so much for the feedback--so glad you enjoyed the game! Ghosted was one of my faves as well. Cheers!

Neat! Surprisingly entertaining for such a simple premise :)

Thank you--glad you enjoyed it!

This is wonderfully original!

In your final comments, you mention that the player sees different choices in different paths. If there are different paths, it was pretty opaque to me how that worked; because there's no obvious narrative or structure to make sense of it, there's sort of a firehose-into-a-teacup effect of an overwhelming variety of words and colors. I wonder if I am overlooking some of its internal logic?

Thanks so much for the feedback, Felicity! The general premise of the game was to move through different "domains" of language (e.g., architectural, art historical, botanical, food-related, etc.) in a way that, in general, didn't present the choices as being binary or otherwise mutually exclusive. I wanted the player's experience to be one of looping and meandering, rather than drilling down in a super linear way.  Structurally, the game is pretty much branch and bottleneck. It branches exponentially, sometimes to the point where there are 64 different choices, then narrows back down to one or two choices. While this creates a lot of potential paths through *parts* of the game, I don't think there would be very much (perceived) variation in subsequent playthroughs. In retrospect, I think it probably would have been more effective to funnel people into different nodes  so that there would be significant differences in people's experiences and emotions if they chose to replay the game.  Anyhow, thank you again for playing, and thank you for the feedback :)!!

Thank you for the detailed explanation! I played through again and thought I caught a glimpse of the branching, now that you've explained it. What a neat idea! It makes each playthrough feel unique in a way that's hard to explain or rationalize.