Speeding through the martian wasteland.
Submitted by Purple Pwny Studios (@purple_pwny) — 2 hours, 35 minutes before the deadline
Add to collection 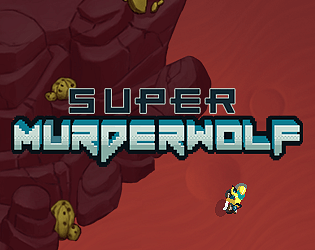 Super addicting, polished, well made game. Nice job! I included it in part 2 of my Space Cowboy Jam compilation video series, if you'd like to take a look :) youtu.be/TSYqGXbQd6w

Loved the way you used perspective. Making the early turn around bends to the beat feels really tight. A very cohesive experience!

Submitted
Guns On The Ship
LikeReply
whymogSubmitted6 years ago

Great work on the visual art - I loved the sprites, the environment, the color palette, all that stuff.

I struggled at first with the perspective and telling where it was or wasn't safe to ride. For example, I never would've guessed at first that there was safe space "underneath" the top edge of a hill, which makes navigating corridors much easier. Might just be me, but it might also be worth looking at the art style and considering if you can communicate where it's safe to drive a little more clearly with the visuals.

Good musical choice - it felt like the patterns I was driving along were almost synced to the music, but there were times where it felt slightly off. If that's something you were going for, awesome - I think as you put more work you put into polishing that feeling of connection between environment and the beat of the music, it'll pay huge dividends for improving the end experience.

I had fun with this one. Cool stuff!

I had a lot of fun playing this! After awhile I'd just see how far I could get without looking at the game and just listening (not far), and it was fun. I'd get annoyed every now and then when it looked like I was fine in the middle of the canyon but they moved down faster than I went horizontally and they'd run into me. Great game though!