A rocket engine effect for SFARS X
Submitted by Andrew_z — 1 hour, 27 minutes before the deadline
Add to collection 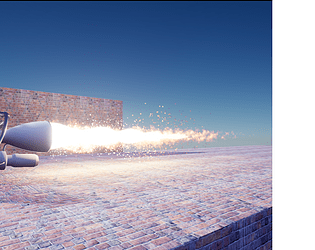 Really well made effect! The lighting on it is perfect, actually looks like engine flames, really nice job.