Invasion of the aminiboidsView game page

defend earth from aliens
Submitted by Galo — 35 minutes, 17 seconds before the deadline
Add to collection 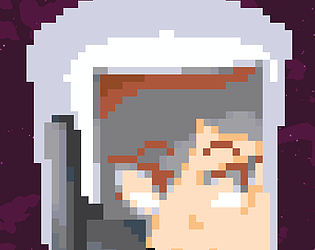 Invasion of the aminiboids's itch.io page

Alright, here's my rating of the game:

The gameplay was a bit of a loose string. The jumping mechanics didn't feel good or make much physical sense, the enemies randomly dropping out of the sky don't help, and the platforms don't line up to any particular use or order. Plus, falling doesn't kill you instantly, keeping you at a pretty helpless position until you actually die, and the scoring system doesn't line up with anything like distance or time in seconds, instead relying on an arbitrary and rather odd number. Finally, the mechanic is just a straight up doodle jump cloning, with zero innovation in mechanics. However, the basic mechanic is there and is indeed salvageable, but it needs a lot of tuning and of course, juicing. My rating: 2 stars.

The art fits with the theme absolutely perfectly, as well as most aspects of the game. The only thing that doesn't fit is the mechanics, but that's rather unreasonable to expect such well thought out theme ties in 3 days. My rating: 5 stars.

The art is absolutely beautiful! Seriously, there's nothing else for me to say. My rating: 5 stars.

The audio sounds great... in isolation. Each sound effect sounds great and they all have a similar enough style to fit nicely. However, they have rather poorly made connections with the actual game. If you blindfolded yourself, it sounds pretty good, but take the blindfold off and it's hard to see how it fits with the game. My rating: 4 stars.

Overview: The gameplay is a huge score killer here, but the art and adherence to the theme, along with some well made sound effects, help bring the total score back up to a quite respectable 3.5 stars. I'll be rounding up to 4 stars because I can't use decimal stars. Great job with this submission!

thanks, the review man, i ill focus in making better gameplay next time.