a game without camelsView game page

This game never mentions camels.
Submitted by stellartux — 10 hours, 29 minutes before the deadline
Add to collection 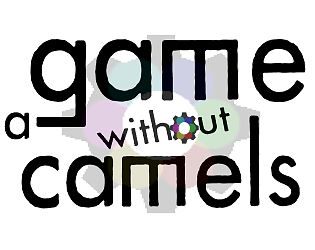 a game without camels's itch.io page

Really awesome game. I included it in my Retro Remake Jam compilation video, if you’d like to take a look! :)

My life is never going to be the same after playing this game. The graphics effect is quite distracting but I like the idea.

Submitted
A on Steroids
LikeReply
Mugs GamesSubmitted4 years ago

I do like the idea of the game but the graphics effects were just too much for me to see through after a few levels. Shame because I probably would have played longer. The structure of it is similar to a game of mine, Thrunt, so I should say nice things. :D  My only gameplay suggestion would be to reduce the bounciness of the ball a bit because it's frustrating to be stuck at a corner of a corridor waiting for the physics to calm down. Maybe add a timer to the levels to encourage replaying? Good execution of what's there though.

Ouch. My eyes :( The screen just kept flashing white and black and every now and again I got a glimpse of the maze. I assume this is not meant to happen like this. what I could see looked nice, but sadly unplayable for me ;(