-Did you enjoy it overall?

Well my rating already answers that, I think. ;)

I usually prefer indie otome games because the developpers don't have to worry about pleasing the maximum of people but can focus on delivering something original instead. I don't recall a single one without a male lead shielding a perfectly capable warrior heroine at a moment or another (the last character who did this even had lipstick, fake lashes and was allegedly a male herma - so yeah). So, since, for some reason, we never see the heroine protecting an adult male character by fighting, either, I've grown to feel this stubborn and groundless stereotypes a little exasperating. So this otome was refreshing in that sense.

Thank you for making this neat little game and for writing-drawing tasteful sweetcakes ! I think I won't be able to forget this game before a while because of to the F-ood words and Carver's impossibly sassy yet adorable, yet seductive (how does all of these traits even work together so well?) tsundere vibes. Yes, you revisited this archetype very well, and I will need time to recover from this dangerous weapon.

- What was your favorite part?

Mh...many little ones, but probably all of Carter routes. ...I wish I got the will to play through Benjamin's route to to this the crying face other players have been commenting about.

- What parts could be improved upon?

Some minor typos in the text. But they weren't a real problem. Once you acknowledge their existence, you consider the general sentence and guess the meaning precisely enough so that it doesn't break immersion.

- Who was your favorite character?

Regarding his BG theme, it sounded quite elegant. Almost, almost stereotypical for that type of apparently stuck up character, so, not really original, yet undeniably fitting and pleasant.

Besides, I like how even players who felt Carver annoying at first, and finally agreed that his route was one of the best, and his character itself was quite enjoyable. ♥ The tiny Sprite (pun intended - nope, no shame whatsoever 3_3) being totally my kind of cake, I feel glad that you put so much care into making both his character and route endearing and sound.

- Would you like to see more games from Gourmet Visual?

- Any other random comments!

I like how the other rejected character's feelings appear through the other routes. even though they don't get time to show them at all, somehow, there are very subtle yet solid hints. So much details!

In a way, it seems that even Ginger fall into that category in a way, in Radley's route; I mean, she can't stop talking about him, and what is officially a rivalry seems to become an obsession on her part, given that she is ready to manipulate her best friend and childhood friend because of it.

If Carver's route hasn't been so fitting and intense and his sprite wasn't completely made to look like an actual pastry (come on, tell me you didn't draw his hair, skin and waist bow/belt to look like a raspberry cake, I dare you. :P) it might even have felt a little like force-feeding his romance despite of the player's choice. But Buttercup's hair smells beyond nice, so it's okay~ c :

While I appreciated these little things, at the same time it felt so sad for Radley, but especially for Benjamin who seemed so lonely. I've only played Radley and Carver's route, I admit, I could barely stand Benjamin on the three times he made an appearance in Radley's route, so...yeah I couldn't imagine playing through his route. I mean, the MC already has more than enough on her arms with the others two, and Benjamin stands out in the manner that he kind of only ends up in the way everytime he appears. (...Poor thing.)

Note: I'll have to edit my review once I complete Carver's route.

View game
Makeinst rated a game 7 days ago
GIF
her tears were my light
A downloadable game for Windows, macOS, and Linux. 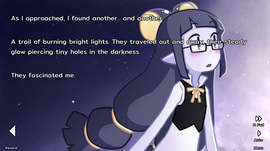 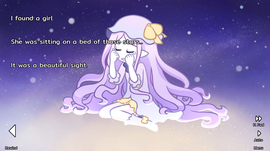 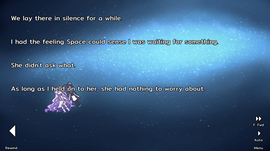 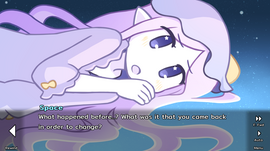 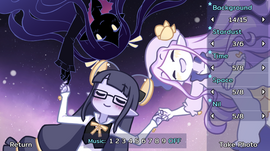 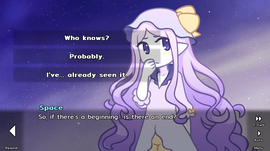 Really liked this and learned something new

ever thought that radley might've turned yandere after benjamin's route