Blow the rain cloud to extinguish the other player's campfire!
Submitted by Cam (@theothercam) — 20 hours, 5 minutes before the deadline
Add to collection 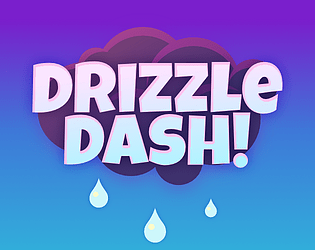 So I played this with my girlfriend, and we had a good bit of fun! Once we got the mechanic down, we found that whoever went first pretty much was guaranteed to win so long as they didn't mess up royally. I'm not sure how that could be balanced out but it was some good fun! Love the colors and style. Oh and I noticed itch's fullscreen button was ontop of Unity's fullscreen button, so I'd recommend using Unity's minimal player or unchecking the fullscreen button on itch's game settings. :)

Thanks for letting me know about the fullscreen button, I turned it off in Itch.

I agree with you 100% on P1 having the advantage. It's something I was aware of but didn't have time to think about an elegant solution for. A few ideas that crossed my mind. The easiest was swap the starting player between rounds but that would mean in any "best of <odd number>" rounds one player will still have an advantage. Another was to have a skill-based mini-game to get the match started but designing a game within a game was going well beyond the scope of the game jam haha. So yeah, still no good idea to solve this one!

Thanks for playing and taking the time to leave feedback. :)

I had an idea, but perhaps this makes it into too much of a different game: Each player has their own cloud that either is getting constantly pushed back towards themselves, so it is up to their skill/understanding of the physics to keep their cloud over the opponent, or the cloud resets after each push to a random location, also requiring the player to master the physics. Also beyond the scope of the jam, but thought I should share anyway. :)

You know, this was my "ultimate" concept (that you can see in one of my sketches in the dev log). It's a 3-4 player game in more of an isometric view. Players have a cursor can move around the edge of the circle to blow their gust of wind inside the the play area--Imagine a similar style of game to Hungry Hungry Hippos, with clouds bouncing around in the middle. Each player has their own fire, but if it were a 4 player game there would only be 3 clouds. Players can technically blow any cloud so it's a fluid tug of war over defence and attack.

This was all waaaaay to deep for a game jam haha so it got pared down to what I ended up making! I'd still like to develop that concept when I'm not slogging myself out over game jams!

The idea of it starting in random spots each time would certainly solve an issue. The problem that comes to mind is there'd need to be two clouds per side. One that's over the fire and one that's in the new random position ready to sent off. Otherwise, As soon as the cloud stopped moving, it'd reappear in the new random spot and if you landed it over the fire that would stop you scoring points.

I had a thought about starting the game without modifying the current gameplay too much: A game of "get the power bar closest to the chosen random value to determine the player that goes first". Still not ideal but it'd be a skill-based solution instead of luck of the draw. *shrugs*

Wow, yeah some great ideas! I'm glad you went with something simple and with so much polish. :)

You want to know whether or not you've made a good multiplayer game?

If you can play it with your sibling and reach mario-kart levels of button-mashing, swearing, and joyous victory cries, you have done just that. And not only has Drizzle Dash done that, it has done that BRILLIANTLY.

Now if you'll excuse me, I have a sibling to gloat over.

(being honest, I'm not sure we played it correctly. But sitting over the same keyboard trying to knock the other player away from the spacebar is both incredibly violent and  fun.)

Thank you so much for the feedback.

It's so nice to hear about your experience. Especially because having players use the same button was an experiment to see if it caused a game of sabotage outside the game and it looks like it did for you! :)