The power to freeze time is not something provided free of sacrifice. Prove yourself in the trials of the Onoway.
Submitted by Nokutoka Momiji (@NokutokaMomiji)
Add to collection 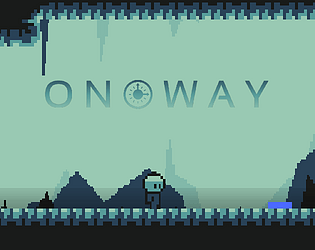 Use of the limitation
All actions in the game are limited to three buttons. Left, right and [Z].

Might be the best game I've played in this jam, I don't even know how to criticize this one. I'd love to see more levels.

I really dig the art and music of this game, it has a nice atmosphere to it, great job!

Thank you very much! I am glad you enjoyed it.
Please consider following me on Twitter for future updates on the game!

Aw man that's it? There is a lot of promise in this concept, but what's there is fun, though I wish I could edit sound settings in-game I understand that would be another button, probably

Thank you for playing Onoway!
I will be expanding the game further in the future. If you would like to stay tuned, follow me on Twitter or the itch.io page.
As for the sound settings in-game, you now can access the settings during the game.
Just download the latest patch and hold down [Z] when playing.

The presentation is extremely nice, and it feels like I'm playing the demo of a paid game. There are a few things that need polishing though, and besides the other things the other comment has listed, I noticed a few bugs.

There's a bit of jittering whenever the player character stands on top of a one-way platform, which is a bit strange, but doesn't affect the gameplay. The top left blocks that are reachable by jumppad on levels 2 and 3 have no collision, which I initially thought was intentional and there'd be a secret up there, but I really couldn't find any, so I'm assuming it's probably an error. If you press time-stop enough times in a row, the total time decreases down to -0.02, and everything is eternally stopped (as shown in the picture), which requires a death to reset. This also seems to carry over if you finish the game at -0.02 and hit continue.

Some suggestions I have are to make it possible to unstop time by tapping the z key while it's stopped (although you might not want to implement it if you're going to use the inability to resume time in a puzzle) and to let the moving platforms keep their color. When I first jumped on it, I thought it was stopped, but the platforms still moved even though they looked the same as everything else that was stopped. Since the player and the platforms both move, it seems like an inconsistency that the player keeps their color but the platforms don't.

Overall, it was a good game, and good luck on finishing developing the game! 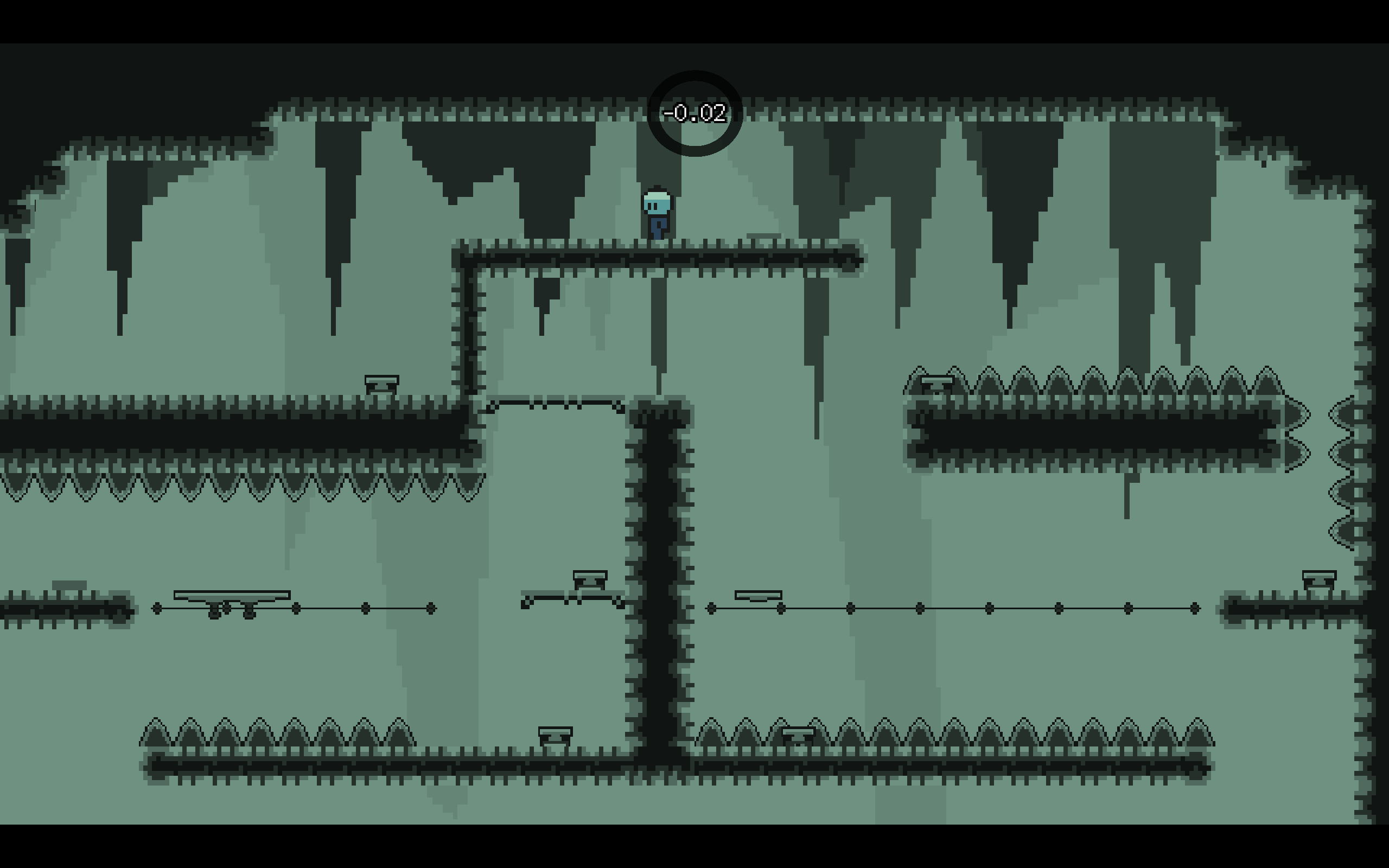 Submitted
Remnants of the Past
LikeReply
Nokutoka MomijiDeveloper117 days ago(+1)

Thank you very much for playing Onoway!

The jittering on the one-way platforms was due to a temporal fix since players could get stuck on the platforms. I'm currently trying to fix it properly and will patch it as soon as it's fixed.

As for the blocks at the top of the level, that was intentional. Originally, there was going to be a secret level up there. But, due to time constraints, I was unable to do so. I left it as a little thing you can reach if you play with the springs.

Thank you very much for letting me know about the time decrease bug! I was not aware of it and I'll be fixing it now.

I originally planned to make objects which are not affected by time use a different color palette, but I did not get around to doing so.  I do agree on letting them keep their color and will be adding that on the next update.

Thank you very much for playing the game and I'm glad you enjoyed this little concept!

I think the concept is nice and surely has a lot of potential; Braid is a good example of what the {platform + time manipulation} combination can yield. In this prototype, the way time is used is straightforward (either hold a door open or maintain spikes deactivated), but I am sure you can come up with elements that will interact in an interesting puzzling way with the main mechanic.

It is also witty to make up for the jumping button through trampolines. Maybe you can also vary the elements that help the character move, adding even more to the puzzles. :)

In conclusion: there is already much effort put in the presentation of the game, I think it could be extended with new mechanics in the future so that it gets very interesting. What mechanics you choose depends on how much action and how much puzzle you want in the game; it could go either direction, or both!

Thank you very much for playing Onoway!

1. Yes, I forgot that people would not know which key to use for menu selection. I'll be adding a message indicating so in the next patch.
3. Yeah, I am a native Spanish speaker, so I thought it good to do translations since they did not take too much time. As for Noku, that is a small easter egg for my friends, since that's a conversational language I am making.
4. That is odd. The volume of the music should be updated as you change the music volume.
5. I will look into that.
6. Thank you very much. I made it quite quickly due to time constraints, but I am glad you enjoyed it! I am a music composer and arranger. You can check more of my music on my YouTube and Bandcamp.
7. Thank you for that as well! I decided to limit myself to using only those four colors (with the exception of the button).
8. That was a secret path intended to lead to a secret level. Due to time constraints, I was unable to add the level. But I left it there as a little place you can reach if you play with the springs.
9. Yeah, I wanted to experiment with not making things too linear. For the last area, I decided to allow for multiple ways for you to reach the button.
10. Yeah, it is a bug I still need to fix. I did not find a fix in time and, again, due to time constraints, I did not fix it since it did not impact the gameplay much. But I will be fixing it as soon as I can and will try to include it in later patches!

I would have loved to explore the mechanic in more ways (something I plan on doing) but I was on a deadline, ha ha.

Thank you very much for playing this little concept and stay tuned for future stuff!