a Metroidvania game
Submitted by TeamCarrot — 3 days, 22 hours before the deadline
Add to collection 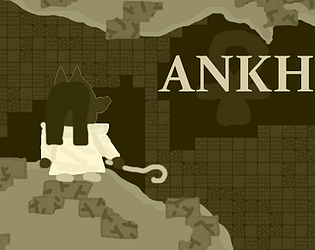 Solid work! The death scene I liked too. And the proper controlls and stringent art and sound work.

I liked it, the theme was nice and having an extra screen for the death sequence was really cool and felt pretty unique.

Shame it's only a demo, but it's pretty cool for what it is. I like the art style and the Egyptian aesthetic is a neat choice. The music is great and really heightens the mood. The boss was fun as well. If I had one nitpick I'd say the movement speed and room transitions are a tad slow.

Thanks for playing and a feedback from somebody who knows how to make good games (I have seen your work). Perhaps I will mak e the transition a bit faster.

Cute little game! The controls were responsive and snappy and it looks very good! My only grievance was the lack of a boss health meter, I couldn't tell if between all the deaths I was making good progress or sucking really bad at the fight, haha. Though, to be fair, our own game is also guilty of that.

Thanks for the nice feedback. Just wondering that you didn't see the boss health meter which appears on the top right of the screen. At least it should be but I will check to make sure there isn't a glitch 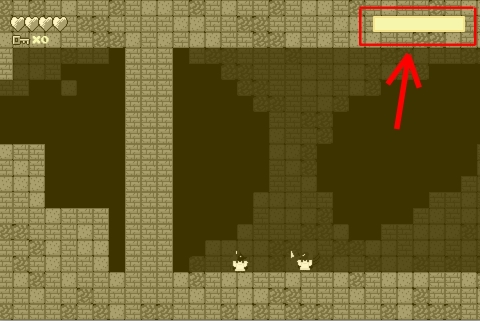 nope, you are correct, it was there and I am just bad at noticing things apparently, haha. My bad, never mind that issue!

The art takes me back to the gameboy days. Any chance of playing this in the browser or for Mac?

Perhaps I will compile it to html5 when it is a finished game. But in the last game jam (this is our second) the html5 did work on the itch.io page and presently I don't have the stencyl licence for compiling it into html5 or Mac.

I completed the demo, it was fun. Movement was smooth and felt good, double jumping was as satisfying as always, and the boss fight was designed well. I also liked the background tileset, it was simple but laid out well and pleasing to watch scroll by. I didn't kill all the mummies (that guy on the spikes...), but I assume that northeast area was filling up with sarcophagi as I killed more - pretty cool if that's the case.

- the attack hitbox wasn't always very clear - it seems like the hitbox extended past the weapon arc graphic, but even so it still felt a bit short-ranged. This became problematic in the boss fight when I'd have to strike, then immediately run away before I could attack again and was never quite sure how far to run away nor from how far away I could safely swing.

All in all a great demo, I had a good time!

Thanks for the feedback, you are right about everything. Just the boss fight was designed on purpose a bit tricky ;-)

I think it is a great Demo.

Thanks for the nice feedback. I was busy finding all the bugs and glitches and I hope I removed them by now.