a map-making game about reclaiming your history for Mapemounde 2019
Submitted by Ben K Rosenbloom (@BENZORD) — 8 hours, 14 minutes before the deadline
Add to collection 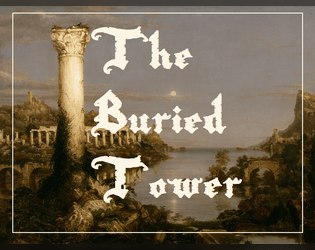 I haven't played this, but it looks really good! I agree with Sohkrates that flipping the tropes to make the monsters into the protagonists is usually a great move.

The idea of a buried underground tower is also a really poignant inversion of stereotypes, almost like something out of a Borges story or something. The low level melancholy that permeates the game is also something I'm very much on board with.

I'm also a sucker for paper textures and public domain artwork, so you got me with the layout. And I'd like to point out how great it is that you did not one but two examples of play! I really feel examples are a under-utilized teaching tool in a lot of games, and that's speaking as someone who's guilty of not using them often enough myself.

Thank you!! I realized after I'd submitted it that the underground tower idea is almost certainly an idea planted in my brain from Annihilation but the Borges influence is really strong too (and also an incredible compliment to me, thank you!).

It is always a treat to play these sorts of fantasy games where you aren't the adventuring party, but the monsters and people the party is usually killing. Having to find clues before you reach new levels means each part of the tower is dense with history and details. I really enjoyed how a single player can put together a unique setting and story.

I played as a fire-breathing dragon whelp named Zed, who was looking for their family who either fled or died in the tower some time ago. Zed discovered what remained of their kobold followers, and the magical protections that ancient wizards had used to imprison Zed and their family in the tower. 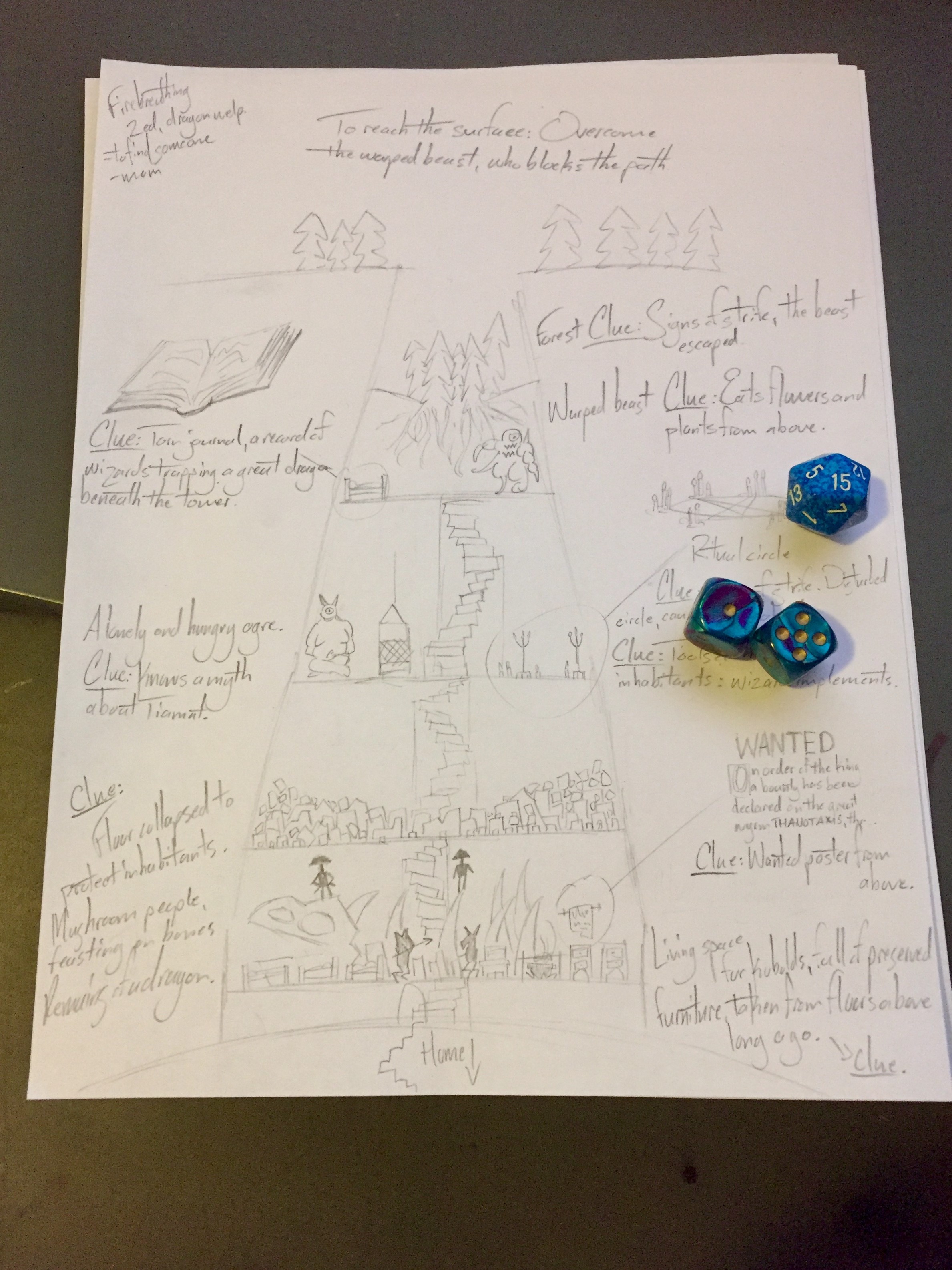 I'm so glad you liked it!! I love your map as well! And I also am a huge sucker for stuff that humanizes "monsters". Thank you so much for your comment!!