Survival horror VR experience based on a real location
Submitted by FIERY THINGS (@WiedemannD) — 14 days, 20 hours before the deadline
Add to collection 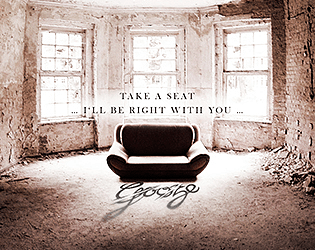 What's the name of your experience?
Gooze

Please describe your creation.
Gooze takes place in a derelict asylum based on a real location somewhere in Europe. The game is about solving puzzles in first-person to get from room to room as you need to flee from scary entities. You won't be having any weapons, so be quick about it!

In its current pre-alpha version there is a lot of features and content missing or not finished yet, so please be patient.

The game is optimized for being played on OSX with an Oculus Rift DK2 in 75Hz mode (for an optimal experience, use "Extended mode", no mirroring and start the app from the DKs screen in 1920x1080px resolution). The current Windows version is not tested.

If you want to play the game with a DK1, just imagine it to be a lot darker ;) You also might want to click the "-" key (minus/dash) on your keyboard to disable dynamic resolution adjustment, for a crisper image.

A connected game pad with two analogue sticks is required (tested with a Xbox 360 controller). Recommended, but optional is the use of a Leap Motion controller, mounted to the front of the Rift (to solve the puzzle it is currently also required). This will add extra presence to the experience.

Release notes v0.3.3:
- fixed some minor issues
- improved grabbing and releasing objects
- crouch feature in (B) button and C key, also added note in manual sequence in the beginning
- updated to latest leap sdk (windows7/8 hotfix)
- restricted ceiling light to be grabbable for a certain distance only
- ovr cameras will be reset to current position/orientation when room level starts
- added _DirectToRift.exe (hopefully works, but is not tested)

Developer notes:
Gooze is a survival horror VR experience in the making. It also serves as an academic research project for my PhD to better understand the interrelationship of game design, user experience and new generation interfaces technologies.

As mentioned, the game's environment is based on a real location, somewhere in Europe. A two day trip to this derelict location near Berlin, resulted in over 600 photos of the location. These will be used for inspiration in terms of puzzles, architecture, texture and in general for creating an authentic scary environment.

The conceptual work and all software development and artworks are done by myself.
The included music was specially made for this game by a friend.

From recent user tests (with over 40 people), adding the functionality of the mounted Leap Motion controller, even though its tracking still seems quite flaky, had a big positive impact on the feeling of "presence" and the gaming experience in general.

In terms of development, keeping up with current SDK versions of Oculus and Leap Motion in itself was already quite a hassle, as especially the SDK betas of Oculus for OSX come with lots of trouble with the resulting product, but more importantly also with the workflow. If you ever tried to get an Unity/OSX Oculus Rift game going with mirroring, for presentational purposes and no judder (real 75Hz!) for the user, you know what I am talking about. Currently it is just either or, as the OSX SDK doesn't offer direct-to-rift yet. Furthermore the general development for VR takes creating performant games to a new hardness level. You don't want to let your players feel simulator-sick, so you need to work towards this 75Hz frame rate as hard as possible, though sometimes you just need that more complex geometry or that extra light. For that reason I implemented a dynamic resolution feature, that scales the games's internal render texture resolution up and down depending on the current frame rate to achieve the best possible – hopefully judder free – experience for the player.

@Hereson: Well, do you mean you don't like horror games, like mine, or that you just don't like the genre in general? And if it's the latter, what was your "detached" impression of Gooze then?

But thanks for the wishes

I've read the entire description and tried it out. All I can say is that I'm not a big fan of horror games. Good luck with your PhD project!

Cheers, I hope you like/liked the first sneak peak :)

I am a scared already.  Will download when I work up the courage.  :)   Cool that you're doing user tests with the Leap Motion controller, reminds me I need to do more of that too.