A game of Cold War nostalgia
Submitted by fizzhog — 9 hours, 7 minutes before the deadline
Add to collection 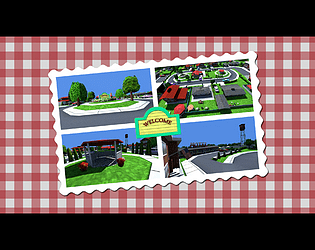 There really wasn't a clear indication what to do and the game took a long time to even get started.  I enjoyed the artwork.

I liked the game but wasn't big on the overall theme and the fact that you could get stuck. I also didn't like the end cutscene as it dragged out quite a bit. The camera made me feel dizzy after a while due to a mix of fast movement and the colours in the game - that's probably something you'll need to watch and warn for in future builds.

The gameplay itself is quite simple - collect the notes and bring them back to the girl. There wasn't much to keep your interest in the game, sadly. Some music might have helped, as could making use of the jumping and interaction mechanics (platform jumping or having to interact with things on the map to unlock places to get the notes, for example).

It's an okay game and it has some promise.

Are the textures like this or is the game bugged?

So what are you supposed to do in this?