Submitted by RollPoll123 — 27 days, 1 hour before the deadline
Add to collection 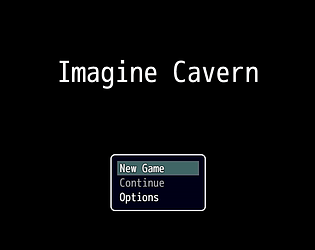 Hmm... I get TypeError undefined is not a function when it goes to the name screen.

That was a fun adventure! It was quite like a game of Dungeons and Dragons, it captured that essence well. I did have something weird happen to me during the game, you might want to check out and add some instructions on the download. This is what happened: I had to fight the first troll a bunch of times... every time I would defeat him and try to continue, I would just battle him again. This happened 5 or 6 times until it finally progressed, but then I was greeted with a message saying the game was over. I read the comments on the page, and it didn't seem like I was actually at the end. I looked at your game folder and noticed there was a www folder inside the www folder with different data. I'm guessing the inner folder had old data and my game was reading from there, because I copied and pasted data from the outer www folder into that inner folder (at least i'm 90% sure that's what I did, it could have been the other way around :x), re-started the game, and was able to continue past the troll. I had a good time playing it and that issue wasn't a problem for me, but anybody who isn't themselves a RMMV dev would probably not think to do that. But with that said, I would like to see this game expanded upon, I think you could end up making a pretty expansive text adventure like this!

The software I was using was extremely buggy it was outdated and I lost the whole game at one point so if I was to fix stuff like that I would have to redo the whole game and if people really like it I will. thanks for playing the game really means a lot to me that you would take time out of your day to play it!

Dang, that really sucks, sorry to hear that happened. Good job, and kudos to you for recreating it after losing it!

I am an avid D&D DM and sometimes player, and this game was apparently right up my alley. Of course, I had to make things harder on myself by not just getting the gems and finding the merchant first. But, oh well. I enjoyed the level of combat strategy there appeared to be. The main attack had a somewhat high chance to miss, but my kick nor fireball did not. Each had a small chance to inflict a status ailment, but kick seemed to have a higher chance than attack to stun. Also, guard is a percentage heal. And heal out of combat!

Anyways, besides the grammatical errors, I almost paid most of them no mind and found an hour had passed by! I never liked text-based games before. But, this one, so far, is pretty satisfying to learn.

Oh my gosh you have no idea how much that means to me! I spent so much time on this game and I haven’t had many people play it and like it! Thank you so much for telling me. Is there anything I can improve on for future games besides grammatical errors?

I finished the game, er, demo, I guess? The boss fight felt lacking. Just more health, spellcasting, and so on. Also, it wasn't all that difficult of a challenge. Maybe the boss has certain moves which seal your actions for a few turns? Have "Cough Medicine" to regain the ability to do spells? The first few fights were difficult because I was managing my resources and using Guard to regain my few precious hitpoints. Replicate THAT feel throughout the game. I also enjoyed the limited fights, and the reward for searching, though sometimes when given a choice (like after I've approached the stalagmite) the following choice was irrelevant. Give me a choice to use an expendable item to "scare" (or something) the threat away, or go straight into the fight after I've approached the stalagmite.

The last sequence played out like a movie. Now, I've no idea how to do this, but, here's maybe an idea for "quick-time" events. (If you even want these in.) When the player searched, at some point a text box would show up. Perhaps, have a text box show up with scrambled (if that's even possible) choices, and give the player like 2-3 seconds to select a choice. I know there's code out there on how to construct a choice box outside of what's in the Events : Contents : Event Commands options.

Also, I feel like it needs puzzles, of what type, I'm not sure. The basic one would be a stone door which requires some type of password. Perhaps, have hidden "letters" throughout the room, Though, since I've never done a text-based game, I'm not sure what to suggest beyond that.

The minor status afflictions by the creatures, especially bleed, kept me on my toes each fight even when they couldn't deal damage to me any other way. And the horde of enemies did stop me from rampaging through battles. The spells might need balancing (fire worked better than poison, and seemed to deal a lot more damage and last more turns even though it cost less.)

You have exploration down pretty good, and I do admire the descriptions. These are just minor ideas, and I don't want to overburden you. Initially, I was "great, a text-based game. They must've thought it would have been easy to do." But, I will wholeheartedly admit, I was sorely wrong. The first hook was the battles. The little descriptions of the creatures, and even the tutorial to "use my imagination" seemed to fit the atmosphere you had started building.

Ah, environmental hazards. Mushrooms which cause "confusion" or the like. Maybe they change the available options? I liked that I could buy rope, a consumable, story-necessary item, and that it competed with healing items. Although, the potion gave me a Chekhov's gun by stating "it could heal someone" and I thought I needed it to heal my friend to get the "good ending."

Sorry, I've suggested a lot. I'm an idea-generator without an off switch except when sleep summons me.

(If I need to summarize anything I will. And good luck!)

That’s awesome I love how detailed your description was! Thanks so much for the feedback I am not sure I can implement it In this exact game but I think I can for future games. My problem with this project was that I was using an outdated version of RPG Maker MV so it limited me a bunch and caused a lot of problems. At one point I almost lost the whole game. If there is a way for me to convert this old version to the new one I will do my best to impliment the changes. Thanks again so much!