Climb the tower to free humanity.
Submitted by TheOddFellow — 1 day, 6 hours before the deadline
Add to collection 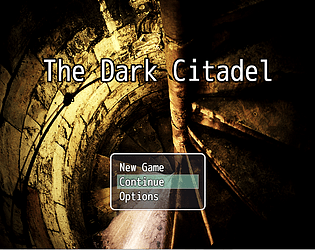 I would like to thank everyone whom has tried, rated, commented, or all of the above on my game! This was my 3rd attempt, but the only one anyone could actually play. I'll use this to better my project for next time!

Once again, thank you all so much!

Pretty basic RPG stuff. The shop system in the savepoint didn't seem to work for me. The encounters, while dodgeable, were really frustrating. Too many enemies for a level 1 party, specially since MP is scarce. If the idea was for it to be a punishment, I understand, but that goes out of the water when you are in that room with lots of encounters trying to figure out if there is something to do there, but encounters keep popping up from all sides

Basic RPG Maker assets. The party is fine, but at least I would have liked to customize their names. Not much else to say in this regard

The encounters kill a lot of the motivation to keep going, and I was really curious about reaching the top of the tower. Those need to be toned down. I'm not sure if the shops would have lessened the impact, but they didn't work for me

The idea of a tower of puzzles is not the most original, but I could see effort put into it. The encounters and lack of a more defining battle mechanic kinda killed it though. In a market with so many similar looking RPG's, this one needs to change a lot to stand out

Thanks for critique, and ouch, there's a lot!
Looking back on my original idea it's quite standard, and if anything, I'll just have to chalk up this IGMC as a learning experience and goal for next year. You've given me a lot to think about, but know that I'm not out yet.

Again, thanks for taking the time to play my game, I'll just use what I've learned and return stronger next year!

I felt I was very harsh, although I still stand by my opinions of the game. Thanks a lot for being a good sport about it and best of luck on your future gamedev endeavors!

Perhaps. But, I knew what I was getting into being a one-man crew attempting the prizes against everyone else. And, thanks!

I cannot update the page, so I'll let everyone know. I'm updating the devlog for this game with ideas and story elements.

I must've missed changing that. I meant to reduce MP costs, gains, and maximum down to Final Fantasy 1, but I guess I missed everyone. It was a last-minute change.

I'm changing quite a few parts of my demo, actually. Even if I don't win I'm motivated to expand this into a larger game.

Were there any other problems which affected your gameplay?