Once Upon a Child - Full StopView game page

A cute and short visual novel about the power of words
Submitted by Dwimepon (@Dwimepon) — 4 days, 21 hours before the deadline
Add to collection 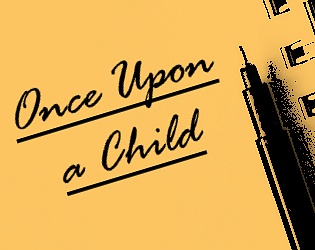 Once Upon a Child - Full Stop's itch.io page

This seems to get stuck on the loading screen. I've tried playing it a few times, but it never gets beyond that.

It's a strange bug that keeps happening, and I'm not quite sure why. Keep restarting the game a few times: Normally it happens 50% of the time.

It's quite obious when it happens: Normally, the loading screen at the beginning is barely noticeable.

I finally got it to work, but it took a few more tries. You have a few days left, so if you aren't already you may want to dig into the problem. It's a cute game and I'd hate to see you disqualified for a technical problem.

Speaking of technical problems, when I went to view the Notes in the main menu, it sent me to a black screen, and when I tried to back out of it I was sent to the music screen, and it kept sending me on a loop between the black screen and the music screen, forcing me to restart. Also, I noticed several times that I had to click two or three times for the next line of dialogue to appear. I don't know if that was intentional or not, but I found it annoying.

But enough about that. On to the story! Since it appears that I'm the only other person crazy enough to submit a VN to this contest, I can appreciate the importance of having a good story, and this was a good story. I only had time to do a couple of playthroughs, so I know I didn't get all of the endings, but the ones I got were great and really emotional.  If you could just get that loading problem fixed, this could be a contender.

OH, thank you for reporting those bugs! I think I understand where they come from. Just to be sure, did you tried to view the Notes directly after reaching an ending?

Yes, I was viewing the Notes after I got the Haiku ending.