A game for the Fantasy Console Jam #3
Submitted by Rombus (@Rmbsevl) — 4 days, 4 hours before the deadline
Add to collection

Hey! Your game got a mention on retroGamer magazine!! 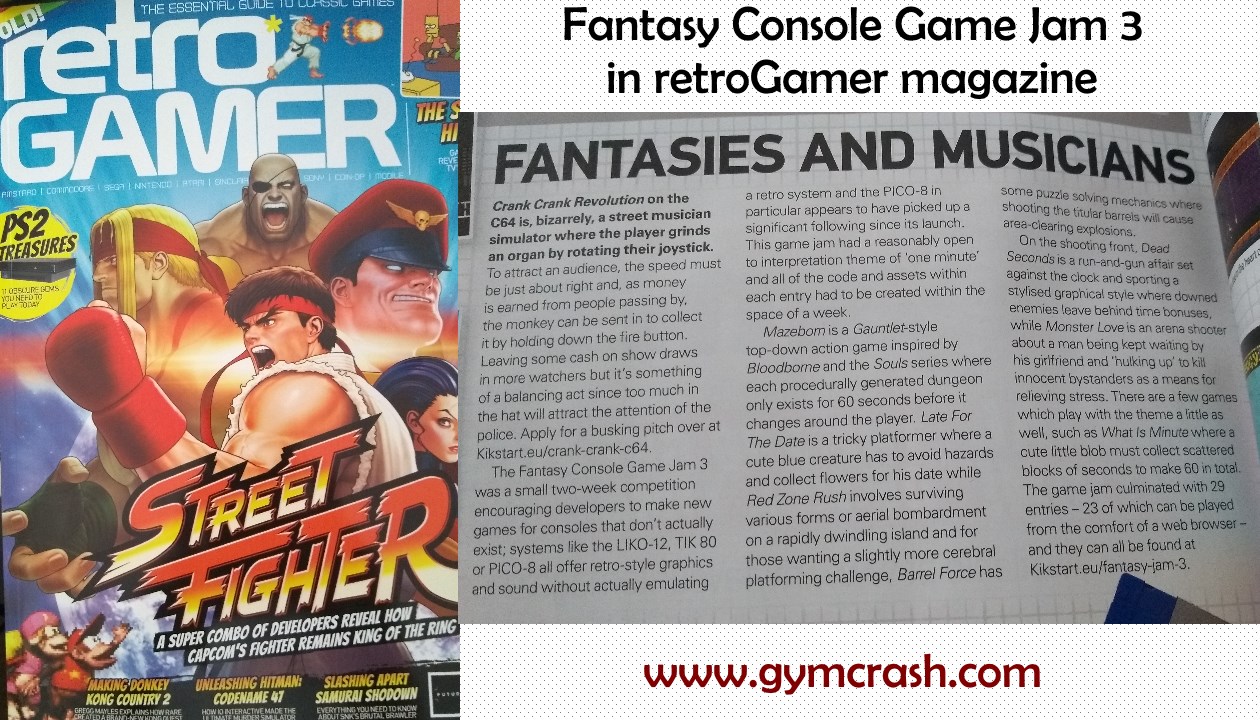 Neat game! I included it in my Fantasy Console Game Jam 3 compilation video series, if you’d like to take a look. :)

the hook mechanic is cool but requires more positive visual feedback ( my entry has the same pb, I was running out of time)

it is hard to understand why cops behave differently, they do not look distinct enough;

also why not make them whippable with some kind of 3 hits stun? Right now it feels a bit strange that they stop periodically .

Worth polishing, whip is always fun :) Let me whip the cop ! I like the theme and graphics.

You can whip the cop when he's confused! They get frustrated by not catching you and enter in a vulnerable state, that's when you can whip them and kill them.

I know what you mean, I've added shadows under characters and a red one under the player to make it a little less confusing, although it helped it still is confusing, and the whip "hook" mechanic is super fast, so that can generate confusion too.
TBH I don't know how to further dial down the confusion meter :P Maybe I have to slow down the action after a successful whip for a second

yes I think that the slowdown and a meaty sound effect when your whip connect would be good ( as in an old capcom beat em all like final fight ) .  Also , a smear animation when the player dashes towards the catched victim would be great , would increase satisfaction ( a little "reward" for playing well ) .

Best played with a mouse!