Into the HollowView project page

An hack of Into the Odd for playing a warrior bug adventuring through an abandoned kingdom.
Submitted by UnderwaterOwlbear (@UndrwtrOwlbear) — 4 days, 4 hours before the deadline
Add to collection 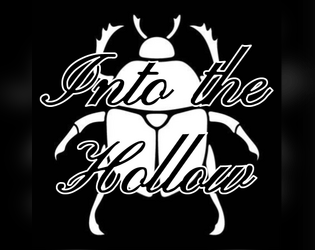 Into the Hollow's itch.io page

This is beautifully elegant and a surprisingly succinct translation of video game mechanics that actual work and are fun to play!

Would love to see a "setting" or "play advice" style document!

Thank you! Yes, it's very bare-bones, mostly a mechanical skeleton right now. I tried to nail down the core combat mechanics since that's half of the main gameplay loop of the source material (the other half being exploration).

In a future expansion I think I'd like to elaborate on pointcrawl mechanics with keys and gates between area, to capture the exploration half of Metroidvanias.