Ba and friends are stuck in a Dungeon where he cant stop digging, only way to escape is to get the Gem Stones.
Submitted by RedDashGames — 1 day, 14 hours before the deadline
Add to collection 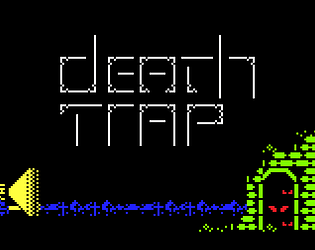 A pretty fun time, I like the aesthetic and the transitions a lot. I did feel a little confused about how to know which areas to check to progress, so some levels felt like I didn't have any chance of winning them, but I was able to collect enough lives to keep trying.

Honestly i agree with you 100% on most of what you said, its just the not knowing aspect is kinda the core element of the game and the way your forced to deal with what you have was the main engagement for me. But looking at other play-testers and reviewers it has quite a few problems i tryed to solve them last second by making the blank dirt tiles haveing 0% chance of haveing objects inside of them as well as a few other things, i think i added too meny objects it should have been as small and simple as i could make it. I'm thinking of continuing with this idea but only leaving the core gameplay ideas, and making it as simple as possible for the player.

Yeah, I was sort of reminded of minesweeper, how the whole game is about discovering where hidden elements are, but you are given a tiny bit of information to be able to guess at where dangerous things might be hiding. The core is pretty good!

Yeah I think bigger screen and removing scrolling should help with that at least a bit.