Escape a digital dungeon by stealing all of its treasure
Submitted by orange08 (@wigglecube) — 2 days, 17 hours before the deadline
Add to collection 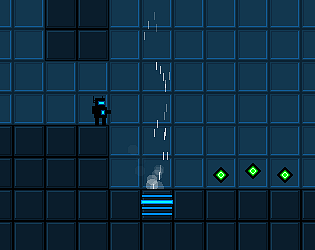 thank you humaz. For most of the development you had to hold down the grabbing key for about half a second before you would fully acquire the block. I realized at the end this made it more tedious than it had to be so I switched it to be instant. :)