Use grappling hook and gliding to navigate the world and get what you lost.
Submitted by ShadowriverUE4, SGR_SEAN (@SGR_SEAN), Alexey Mak (@mc_lo), Allshar (@theallshar) — 14 minutes, 44 seconds before the deadline
Add to collection 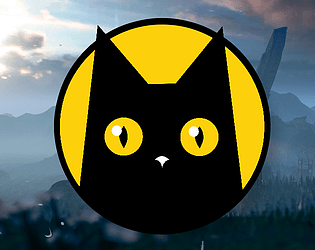 Gameplay Instructions
Collect all objective packages as fast as you can

Get bonus points by also collecting Bonus Packages(1000 points each)

Claim the ranking and becomeemployee of the month

List any content that was created before the jam that was included in the final submission.
Footsteps from: "Footsteps Sounds with Blueprint Setup" from Unreal Engine Marketplace
Landscape Textures from Brushify Pack
Foliage from Open World Demo
Textures from Megascans (concrete, metal, rubble)
Robot model was made during the jam, but was based on model that was made before.
Pond texture from TharleVFX
sounds from soundly and freesounds.org
Font from Google Fonts
Textures from: "GameTextures Material Pack" - I'm not sure if we are using any, but we did at some point.
Meshes from: SuperGrid Starter pack - Purely technically, those are simple cubes and cylinders
Voice of Boss is acted by our friend outside of our team Atomaton

I love the intro story/humour. The gameplay is okay, but I did not find it really interesting, but as a parody on Death Standing it is pretty funny.

Few hints:
Grappling hook can be used on ground to help you gain speed.
You can toggle Grappling hook mode and Dive mode when in the air (you may gain speed by switching between them).
Slide can help you to get under some obstacles, but it also helps to unstuck.
Scan often and look around. If you miss a package it will be harder to find one again.
Intro can be skipped by pressing Space.
Respawn (Z) can be used not only for respawning when you stuck, but also for fast travel.