Every few months I like to take some time to feature some awesome non-gaming content. Yes itch.io is mostly a site for video games, but that’s far from the only thing we host. There are comics, albums, art assets, and way more than I can list. While there are tons of great projects of all stripes on the site I wanted to feature some that caught my eye. Read on for the full details. 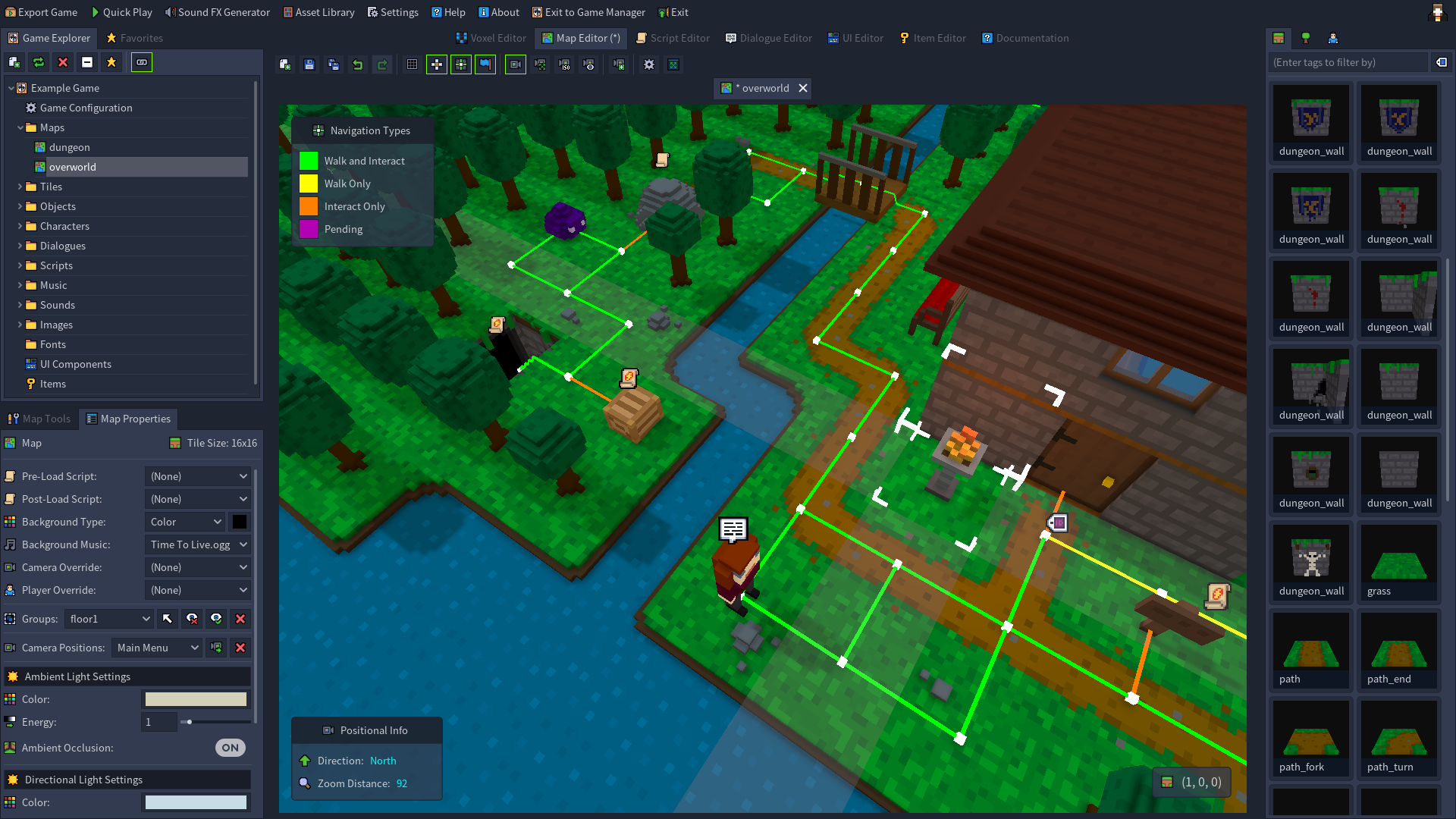 RPG in a Box (Alpha)

It feels like every day I see a new system aiming to get folks into the intimidating world of gamedev as easily as possible. Whether it’s new engines to easily build games in specific genres or fantasy consoles that limit the possibilities so that new developers don’t get overwhelmed, there seems to be something for everyone. RPG in a Box is a new system that promises to easily get folks set up making voxel styled and grid based games.

I can’t say what it’s like making full projects with RPG in a Box, but my early impressions are positive. The UI was easy enough for me to parse despite not being technically minded, and the scripting UI worked out well enough for what I ran it through. Luckily for you, you don’t need to take my word for it because there’s a demo available right now for free. 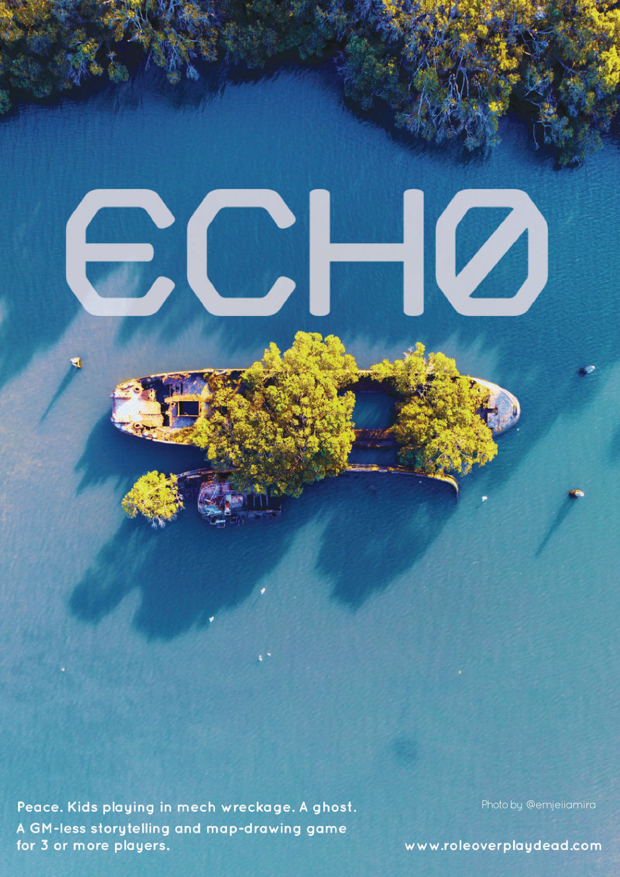 I’ve seen a fair amount of futuristic warfare in my time playing games, but it’s always nice to see games that deal with the aftermath of these conflicts. Ech0 is a short analog game for 3 or more players that allows a group of kids to explore the wreckage of a past weapon of war. It’s an element of war that I haven’t seen explored very much in games, so the idea of getting a quick window into this setting to grapple with is welcome.

It’s worth noting that Ech0 doesn’t take a lot to get into. Not only is it cheap and short, it’s also only 4 pages long. This means that you and your friends could be drawing maps in less than half an hour. Ech0 is subtly smart and a game that I think more folks should check out. 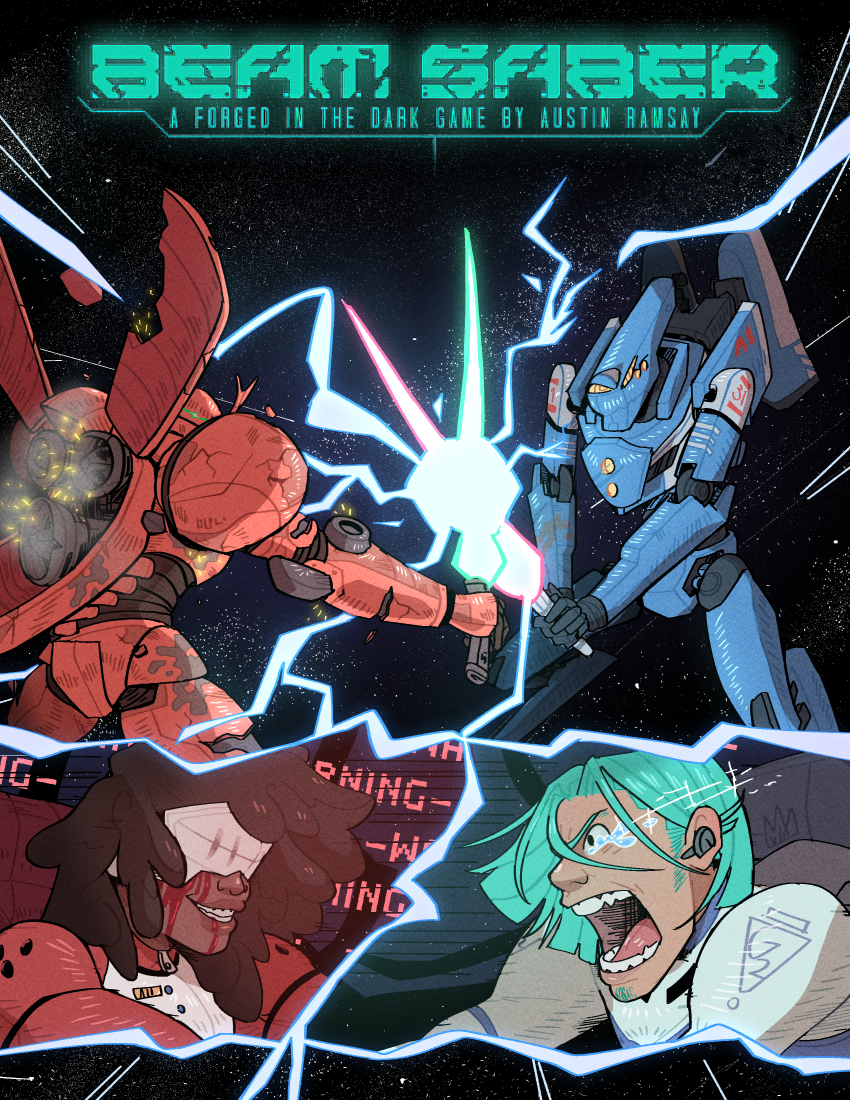 I hope you like futuristic RPGs because there’s a second helping on the menu with Beam Saber. This one’s a work in progress, but it’s based on the already great Forged in the Dark system so the foundation is set for the unique elements of Beam Saber to really shine through. What this means in practice is that the Forged in the Dark’s systems of rebellion against oppression get a fresh coat of paint in the form of mechs and squads.

The first thing that stood out to me when I found Beam Saber was just how many classes there were and how many playstyles they inspired. Now because this ruleset is tied to galactic war, there are no warriors and bards here but Hackers, Infiltrators, and Bureaucrats. This is complemented by the second thing that drew me to Beam Saber: all of the player characters are grouped together into a “squad.” This squad system acts as a sort of secondary class that everyone shares and keeps the group focused on how they’ve chosen to interact with the world. I’m happy to recommend Beam Saber as it is now, but the promise of further development only serves to sweeten the deal.

RPG in a Box
$29.99
Bring your stories and ideas to life!
Justin Arnold
ECH0
$2.99
Peace. Kids playing in mech wreckage. A ghost. One last journey to find a final resting place.
Role Over Play Dead
Beam Saber
$30
In bundle
A TTRPG about pilots and their massive war machines.
Austin Ramsay