Hey itch.io faithful! It’s a hectic time at itch.io HQ with GDC coming up (did you see the announcement that we’re helping Github with their party?) but I still found the time to check out some new games for you to play. That’s how important you are to me.

What games did I play this week? Which ones should you check out? We have this week’s recommendations waiting for you below!

I never knew spinning random objects could be this fun. Vignettes is the debut game from indie supergroup Skeleton Business, and it’s somehow both a fun puzzle game and something more. Mechanically, you’re going to be spinning objects floating in an abstract space and, when you line them up in a certain way, get them to transform into a wholly new object. An example of this is the early transition of the back side of an old school dome-shaped phone to the literal dome of an overturned bowl.

The other half of the game is the part that I think is more impressive and compelling: Vignettes is a beautifully relaxing piece. The gorgeous and otherworldly soundtrack does a lot of the work here, but the game is also presented in beautiful and flat tones that make each vignette feel familiar and alien at the same time.When I went to test the game I was prepared to play it for a half hour and write up some thoughts, but I ended up sinking a good chunk of time (and my productivity) into peacefully spinning boxes, toasters, and wheels. I’m impressed with Vignettes’ simultaneous beauty and simplicity and am happy to recommend it. Oh, and to sweeten the deal, if you purchase Vignettes on itch.io you’ll get exclusive content. How rad is that? 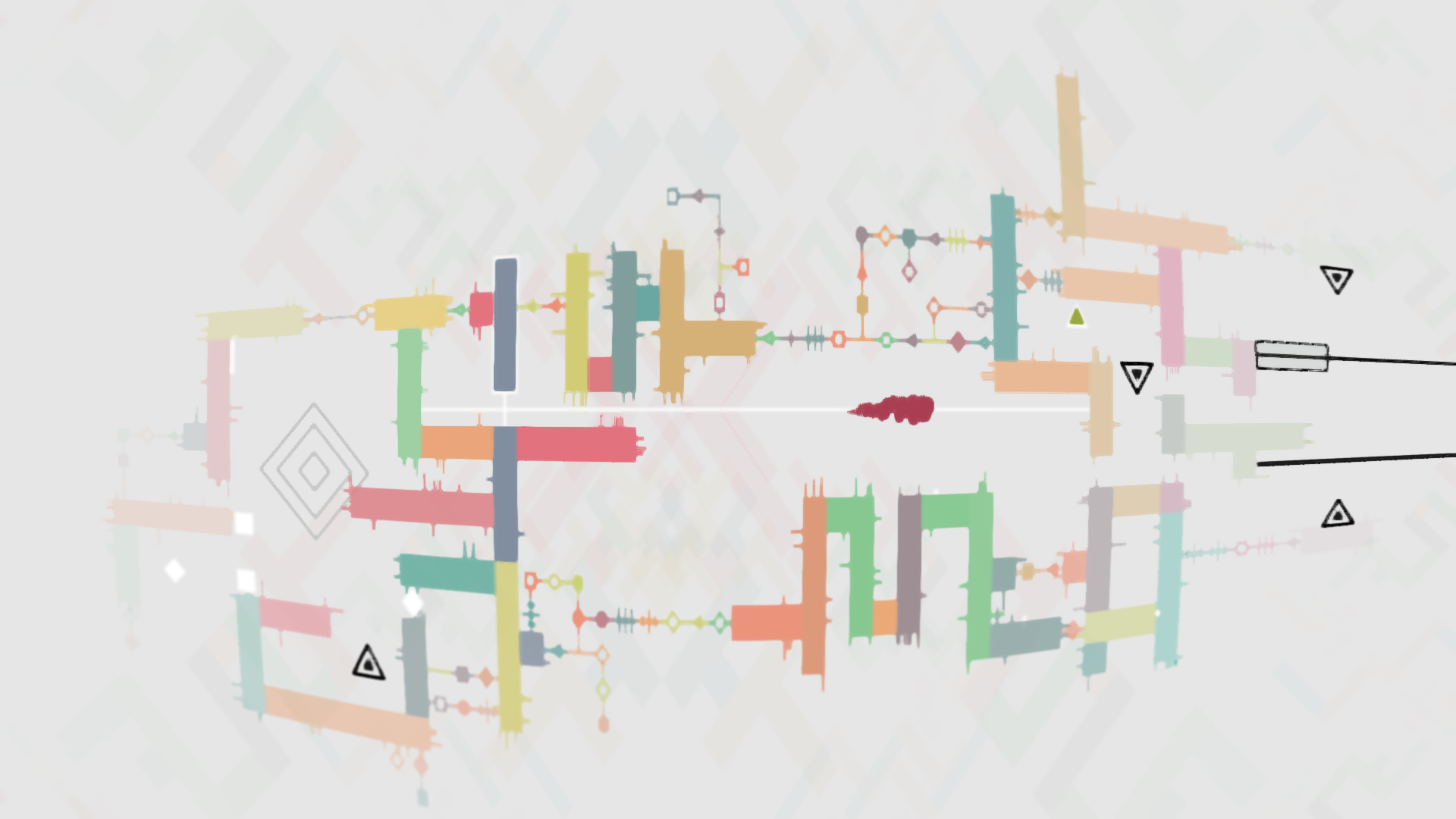 In a similar vein to Vignettes, Ethereal is a simply presented puzzle game but instead of giving you unlimited control over a space, Ethereal asks you to navigate a tightly woven stage. At its core, Ethereal is a game where you’re guiding a small blip of light through 2D stages made up of obstacles. What makes Ethereal unique is that you can move infinitely left and right until you hit a wall, but you can only move up and down if you can dash through those same obstacles. It’s a weird maze structure that I really enjoyed once I got the hang of it.

Also like, Vignettes, Ethereal’s soundtrack is amazing. Your puzzling will be guided by celestial tones that feels like you’ve stumbled on something ancient. It’s a choice that helps put the abstract visuals into context and one that I really appreciate. 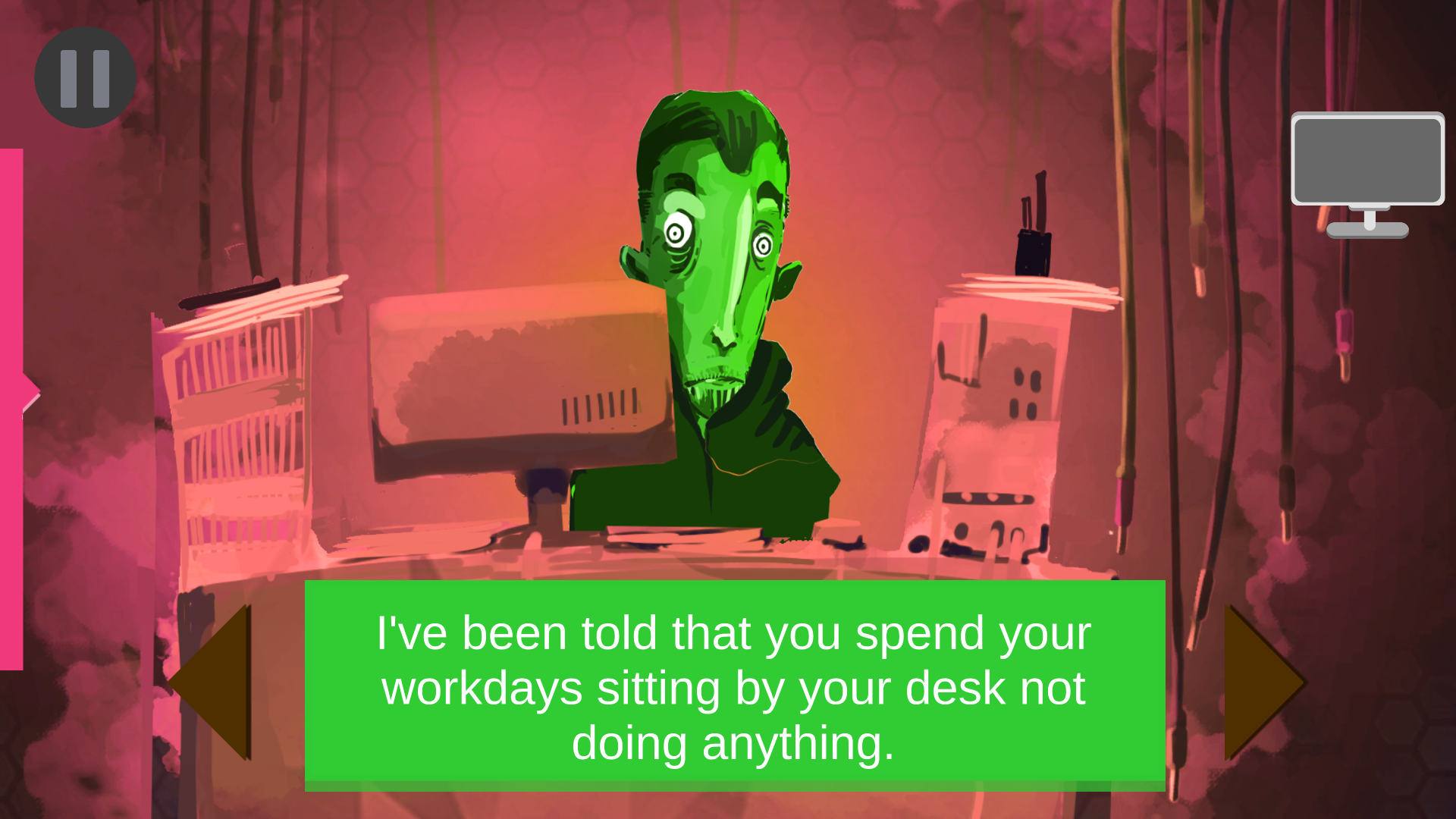 How Do You Know Mr. Blue?

I’m a sucker for a good detective game. Good, bad, doesn’t matter. I’m in for all of them. This means that I take a particular interest when I see a new game about investigations on the site. This week I spent some time with the demo of How Do you Know Mr. Blue, a promising prototype about interrogating a colorful cast of characters.

The core mechanics of this build are centered around navigating conversations and discovering inconsistencies between the statements you gather from different employees of C-corp. It’s not a wholly unique concept, but it’s executed well and gives the character writing a chance to shine. In principle you’re meant to be hunting down the missing Mr. Blue by talking to his close coworkers, but I spent most of my time reveling in the unique dialogue options available.

As is the case with any of these demos, there are some janky elements but there are enough interesting elements that I’ll definitely come back to the project as it develops. If you like detective games, you should check out How Do You Know Mr Blue and leave some feedback on the game’s page.