Indie games as a community has finally reached a point of maturity where we have career indies. Since the explosion of the indie scene through digital distribution, full-time indie development has become an increasingly popular option for those looking to make games, but what about the people starting out? This week (in addition to a great game by a fully matured team) we have a student project and a non-final build of a game about coffee. Dive in to our full recommendations below: 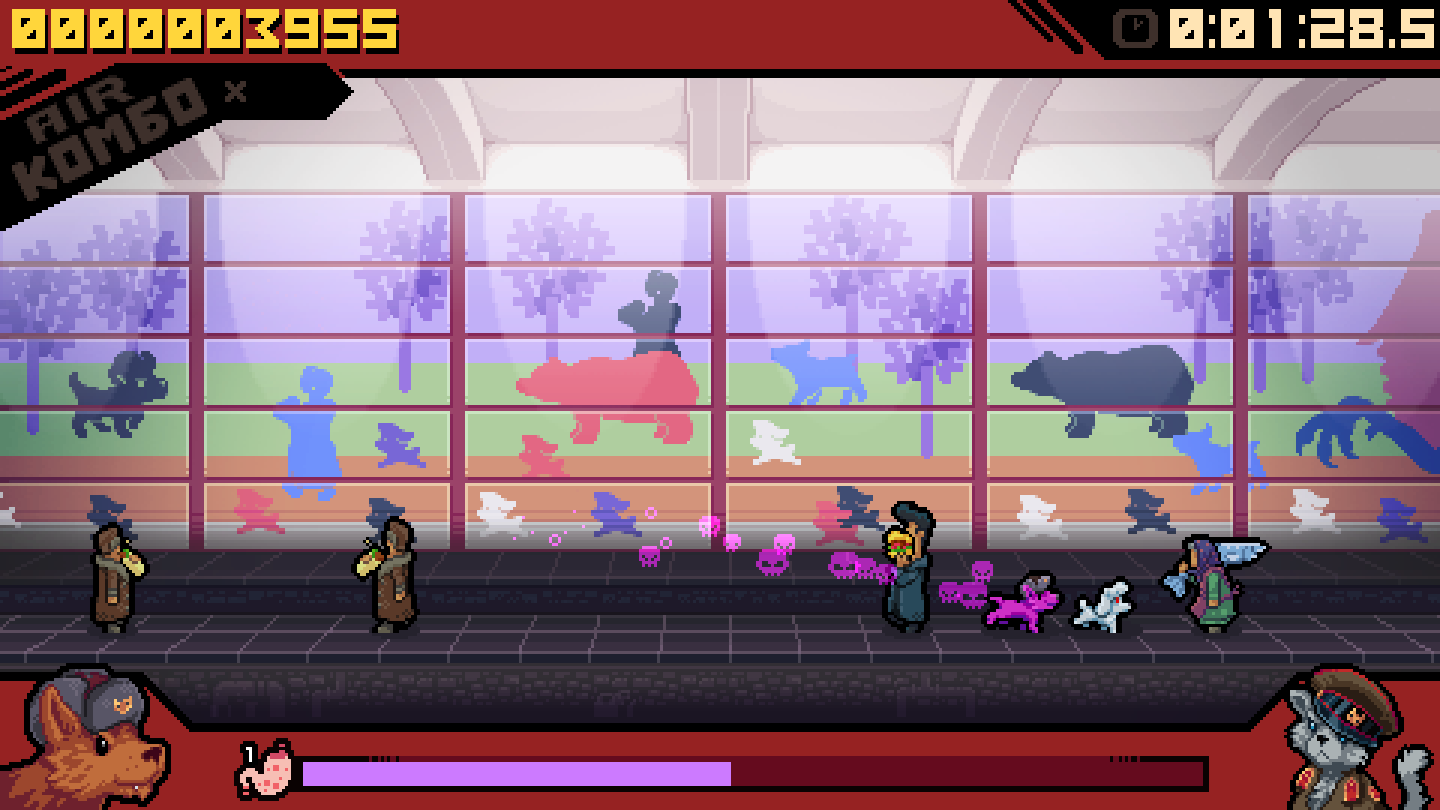 The story of Russia’s subway dogs is a triumph for dog lovers everywhere. Moscow, a city with scores of stray dogs, has an entire canine mob who travel via the city’s train system to get to more lucrative spots for begging. The videos of dogs riding the rails are adorable, but the folks at Spooky Squid have taken this to the next step and made the dog dream a reality with Russian Subway Dogs.

The first thing you’ll notice when you boot Russian Subway Dogs is its absolutely gorgeous pixel art. The sprites are detailed and stylish, and bring a ton of character to the game. Once you’re done ogling the beautiful pooches and the many characters to unlock, you can dive into the game’s arcadey action as you repeatedly bark at people waiting for the train and catch the food they throw into the air. It’s a wild arcade-y ride that would feel right at home in a cabinet in a bar, or on the tv with friends. Russian Subway Dogs is a wholesome look at Russia’s cutest citizens. 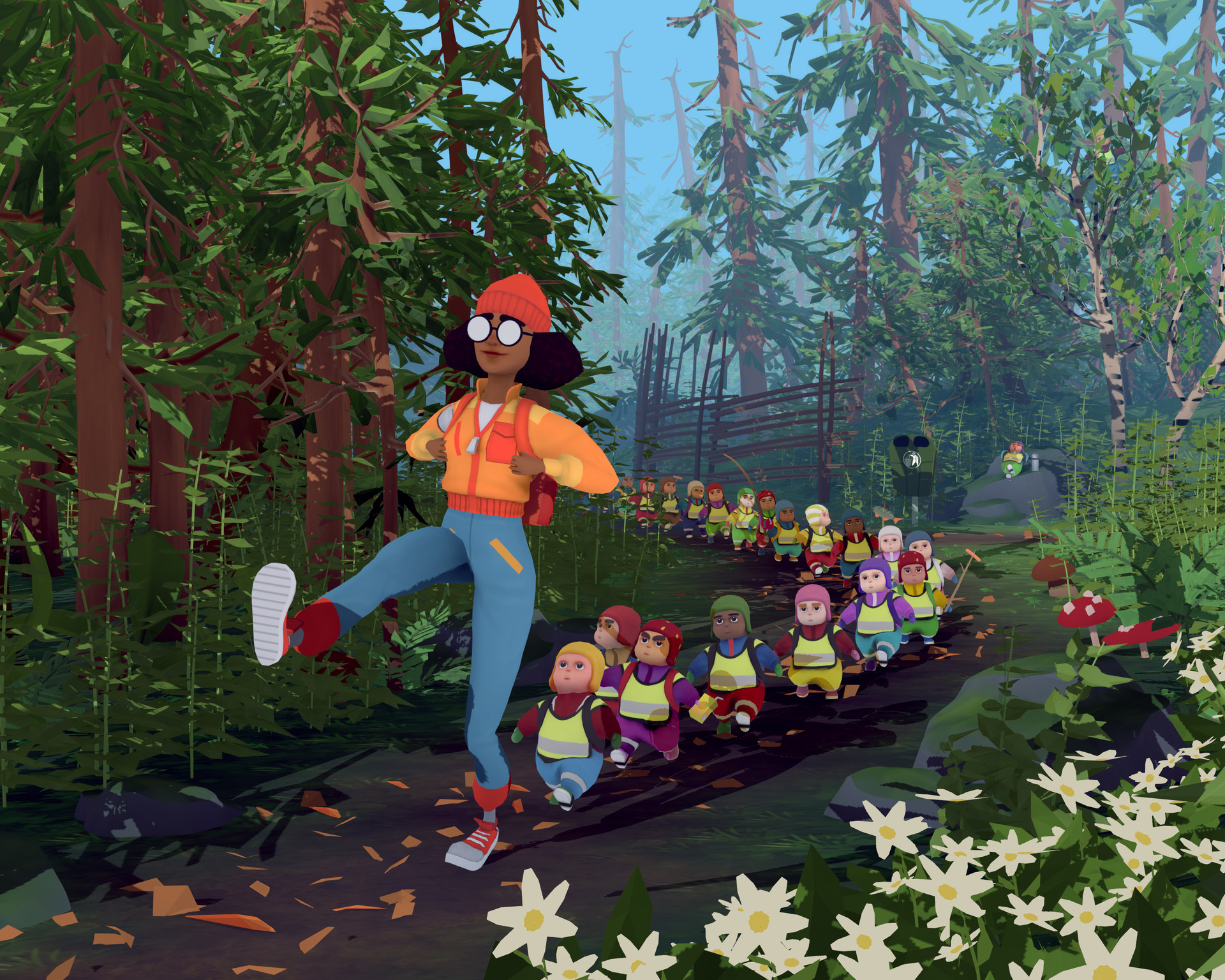 Babysitters of the world rejoice! Finally a game has come along that understands the unique hell that is having to be responsible for multiple children. Knaddskogen is an adventure in babysitting that explores the trials of bringing a troop of kindergartners for a field trip in the woods. Obviously things go awry and you’ve got to get all of the kids back together.

The game was developed by a team of students, and you can tell: for better and for worse. Yes Knaddskogen is a little rough around the edges, but it also comes with the unfettered creativity of those who haven’t had to deal with the business side of making games.Knaddskogen is an absolute delight to play and I have high hopes for the students behind it. 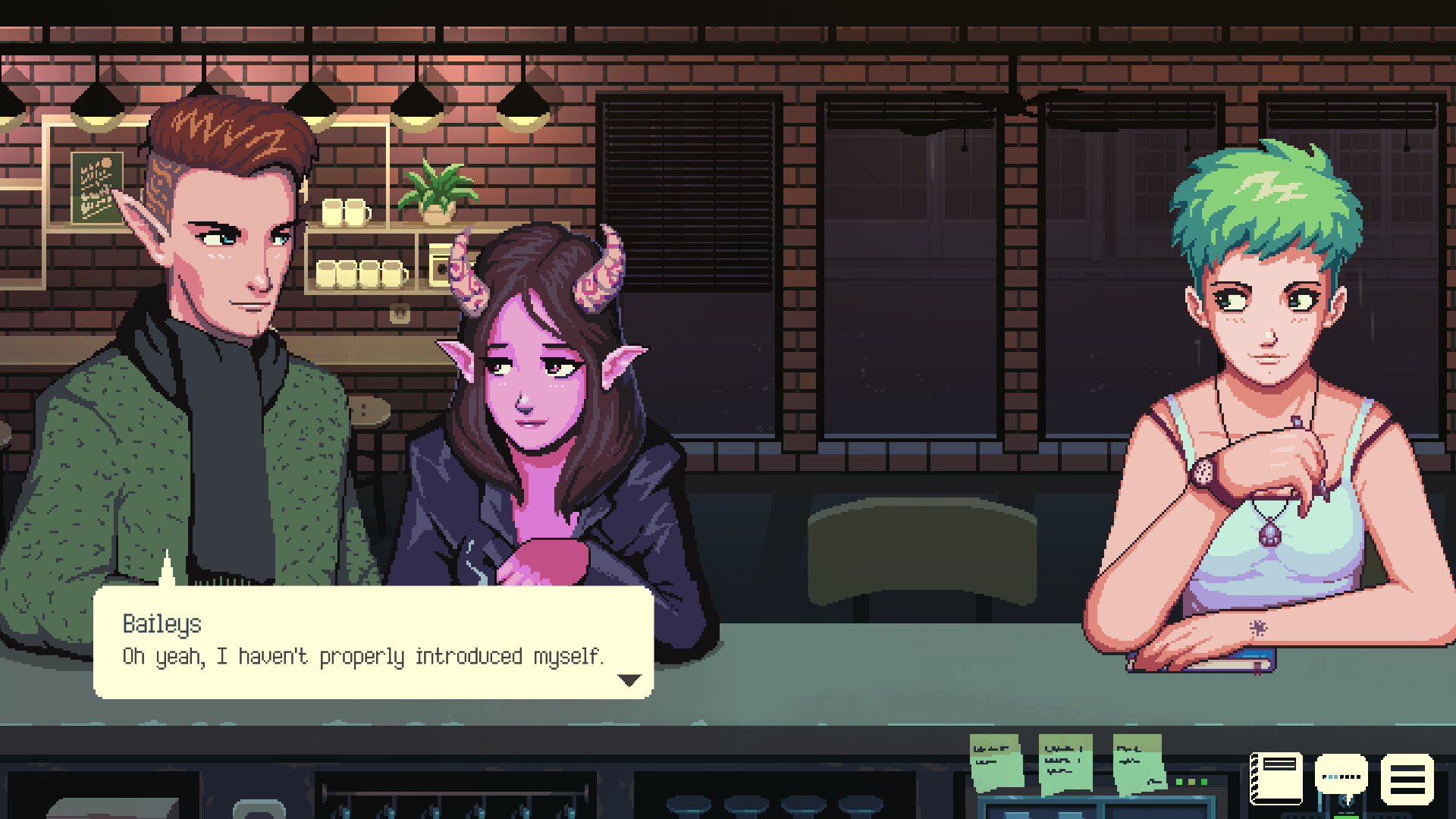 My morning coffee is one of my favorite parts of the day. I’ve got a whole ritual for preparing my brew, and my cat comes running whenever he hears the kettle. It’s a pleasant experience, and one that games have been missing. That is, until now. Coffee Talk isn’t fully released yet but what is playable now evokes the tranquility and rejuvenation of my morning habit.

To address the elephant in the room of Coffee Talk: yes this game is very similar to Va11 Hall-A. You’re making drinks and listening to people’s problems, but none of this is a bad thing. Every genre has to start somewhere, right? But where Coffee Talk comes into its own is that it’s explicitly a game about rest and recovery. Like a good cup of coffee, Coffee Talk is a game you can play when you need a pick-me-up or blast of positivity. As I mentioned at the top of this recommendation, Coffee Talk isn’t complete yet (this build was completed as a part of Coffee Jam) but I’m really optimistic for where the project is going.

Did we miss your favorite game? What are you playing? Let us know in the comments below.