Games of the Month: Cellular Harvest, Hylics 2, and more!

It’s been a really hectic couple of months here at itch.io, we’ve been hard at work and that’s left scant few hours for playing games. But don’t worry we’ve persevered and have sorted through the games that have come out this month and have picked out a selection of our favorites. Surprisingly, there’s a ton of photography in here. Read on for the full recommendations:

Grab your camera and get ready to take pictures of some quirky characters hiding in their natural environment. But these aren’t the cute cartoon animals you may remember from the photography games of your youth, these creatures are more “weird aliens” and less “multimillion dollar franchise mascots.” If you remember the game I’m not-so-subtly referring to (it’s Pokemon Snap) you already know what Cellular Harvest is. You’re prowling through an alien environment doing some corporate-sponsored survey work via your camera. You’re not on rails this time, but there’s a similar mechanic of interacting with the local fauna to manipulate the environment.

Cellular Harvest is a game that is both a loving look at a game that its developers must have fond memories of and one that does the legwork to modernize the game for audiences in 2020. At this point I’m scared to go back to the pocket monster photography sim of my youth for fear that it’s aged poorly, but Cellular Harvest is a nice way to relive the highs of discovery. 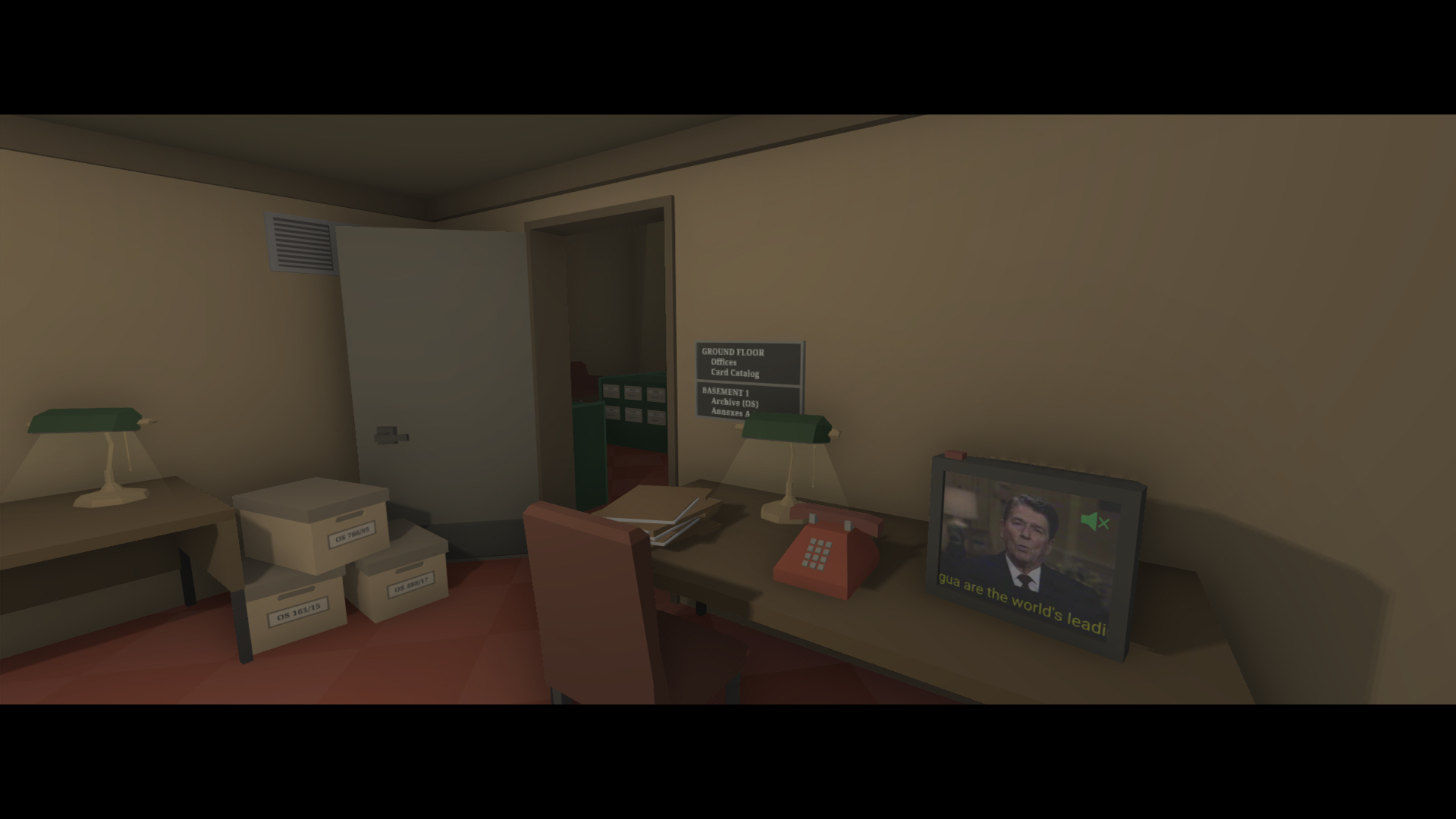 A Hand With Many Fingers

The CIA, you know them, you love(?) them and finally, you can play a game about them. A Hand With Many Fingers is a game of investigating digital versions of America’s shadiest organization’s archives to investigate a real life conspiracy from the Cold War.

I was hooked by this premise alone, but as you dive in Hand with Many Fingers reveals how smart it is. The writing is even-handed and lets you form your own conclusions about the culpability of the CIA. To keep things going this is also one of the few games that lets you build corkboard and string crime maps. It’s a small touch that helps prevent the game from getting too heavy while you’re navigating stacks of real-life government agents. What moves this game even further is its brilliant pacing. The game lasts about as long as a feature film-- you get the information you need to form an opinion and then you hit the credits.

I highly recommend A Hand With Many Fingers to anyone who is interested in a compelling story rooted in reality, or people interested in seeing the way that games can teach outside of the context of edutainment.

I know the point of this post is for me to communicate why you should play a game. It’s a responsibility I take seriously, so know that I’m completely stumped on how to write about Hylics 2. I could talk about the game mechanically-- it’s half platformer and half a JRPG with skills, spells, and party members-- but that doesn’t really sell what makes the game special. On the other hand I could tell you about the game’s strange and nonsensical art style, but even with both of these points together it doesn’t really paint a compelling picture of the game I just played despite covering nearly the entire pitch.

I think this sort of inability to share the magic of Hylics 2 is what makes the game really special. It’s this strange mish mash of things that I’ve seen before spiced up with some truly surreal elements. It’s unlike anything I’ve ever played before. If you want to figure out what makes this game so unique, check it out now.

There’s something about walking sims with procedurally generated landscapes that tickles me in all the right ways. I’m not sure what it is. Maybe it’s me, maybe these games are sleeper hits that everyone should love, but either way Shutter Stroll is the new game to beat in this genre.

As I mentioned at the top: Shutter stroll is a walking simulator where you wander around a procedurally generated island with nothing but a compass and a camera. Think of this like Pokemon Snap for surreal landscapes. It’s a standard setup-- you’re just walking around taking pictures of whatever inspires you-- but Shutter Stroll is worth your attention on the strength of its visuals alone. 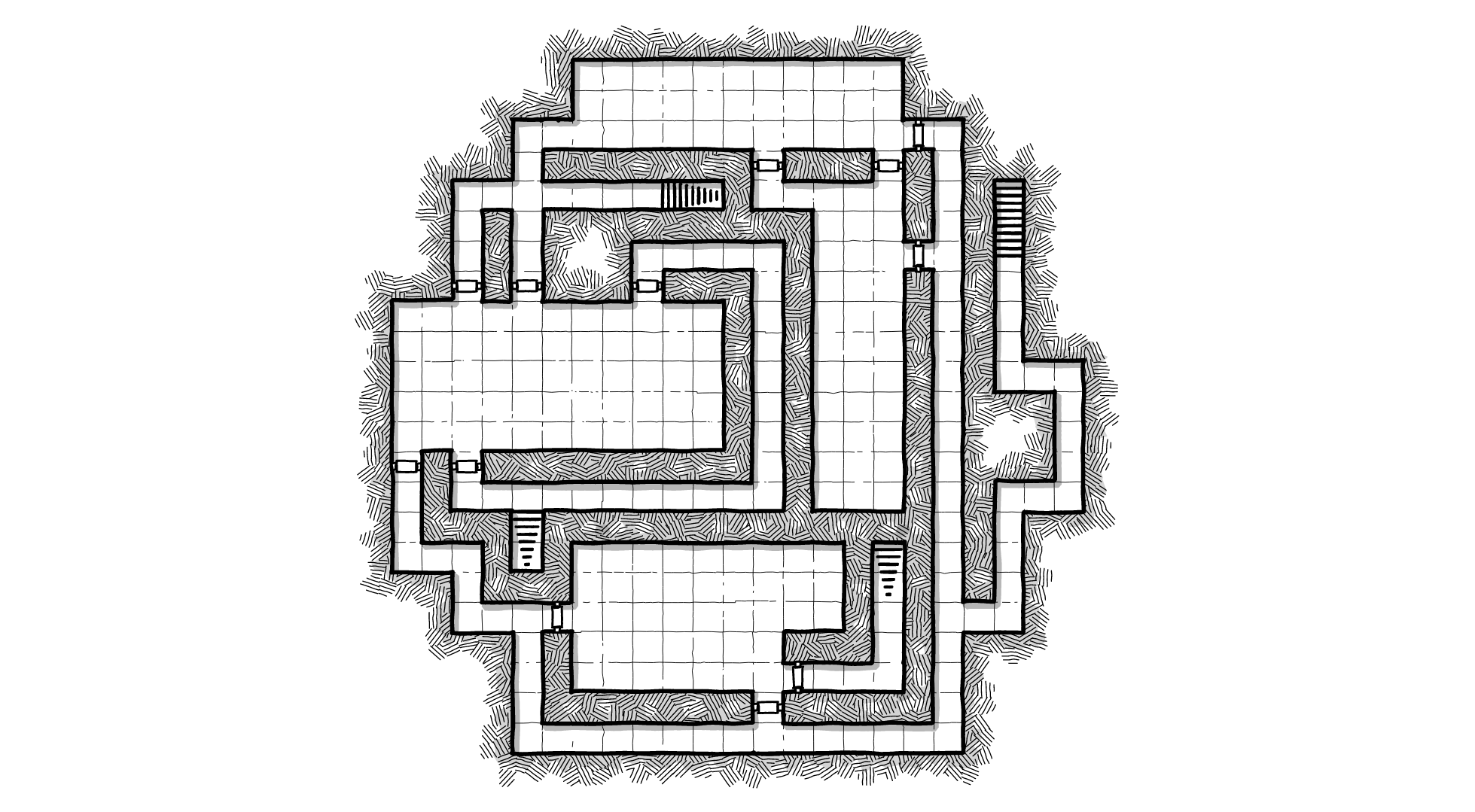 I don’t get to talk about it much here, but I play a good number of tabletop RPGs. My little group gets together semi-frequently to run oneshot games in a different ruleset each session. It’s a great way to explore the possibilities of the medium and keep things fresh with your pals. If you’ve ever considered branching out from The World’s Most Popular RPG I completely recommend this setup.

Now, when it comes to preparing for these games I’d review the work as follows:

Building out maps for the players: The absolute worst. Like pulling out your own teeth by hand.

Luckily for all of us itch.io user ProbableTrain has gone ahead and solved the problem with Dungeon Scrawl, a tool that just builds out dungeon maps. That’s right: no fuss, no mess, just dungeons you can tweak to your liking and customize to fit your needs. Dungeon Scrawl is brilliant but much like a great toaster or hammer the discussion ends because the tool works exactly as you want it to. It’s totally free so any DM can take a look and see the beauty for themselves.

One caveat: I’m not sure how well the tool works for larger, emptier maps for more combat-based sections of games like Lancer.

What have you been playing? Let us know in the comments below?