Games of the Month: Tales from Off-Peak City, Samsara Room, and More

We’re nearing the halfway point of 2020 already and it feels like the year has both flown by and taken forever. Usually at this point in the year I’ve gotten a pretty good taste of the best games the year has to offer, but it feels like every week I’ve been checking out a new game that threatens to upend my ranking of 2020’s most interesting projects. It’s a strange feeling, but it’s one that makes recommending games an exciting endeavor. Check out some of our favorite games from the last few weeks below.

It’s been a wild ride watching developer Cosmo D grow their unique brand of surrealist adventure over the past few years. They started with smaller experiments like the Norwood Suite but they’ve since moved on to games of larger scale. This month they’ve dropped their most ambitious project yet: Tales from Off-Peak City Vol. 1. Yes the name’s a mouthful.

Where some developers are content to leave their older projects behind as they grow, Cosmo has created a new game in the same vein as his previous works but at a previously unseen scale. If The Norwood Suite was an appetizer this is the main course. Like the other entries in this expanded gaming universe, Tales from Off-Peak City is a first person adventure into the surreal. Set in a twisted version of a city block that has somehow been made into an island, you take over a pizzeria and fulfill orders from the neighborhood’s fascinating and strange inhabitants. This would have been a fun enough setup for a comedy experience, but Tales from Off-Peak City has a shocking level of heart that kept me making pizzas for the neighborhood’s colorful characters.

If I had to offer one criticism is that the game is a bit short. I wrapped up my playthrough around the one hour mark with very little in the way of a conclusion. This is the first volume of a promised broader series so I don’t have any real issue with the set up but it’s important to know from the beginning.

Get in loser, we’re going rioting. In this fantasy world that is definitely nothing like our own, corporations control the levers of government and the workers are in need of an uprising. Nope, nothing like 2020 at all. In what is one half classic beat-em-up and the other Pikmin group control, Tonight We Riot is a game about getting your comrades together and taking back what’s yours.

It’s a pretty simple concept: punch your way through a stack of capitalists in a variety of settings, but it’s one that made my heart swell a little bit every time I cleared a stage and feel terribly whenever one of my comrades died. There’s a transgressiveness at play here that I really resonated with. The music and inter-level story kept me fired up to keep going which was both a blessing and a curse. The levels aren’t super long, and you can burn through the game start to finish in a few hours but there are upgrades you can unlock by clearing the levels with as few casualties as possible. That said it’s a game I’ve been thinking about and going back to more than I thought I would. If nothing else this feels like a warning shot for a new breed of explicitly leftist games.

I never would have pegged myself as a room escape game player, but in the period of self-reflection required to write these posts I realized that the Rusty Lake team has tricked me into playing almost a dozen entries in the genre over the past few years. Now there’s nothing inherently wrong with escaping from digital rooms -- after all you can pretend the Rusty Lake games are point-and-click adventures-- but it took Rusty Lake revisiting their first game for me to see what I’ve become.

Samsara Room is a sort of HD remake of Rusty Lake’s earliest release. I say sort of because it’s not a fancy port job of an existing game, but it’s more of a creative re-imagining of the game painted with all of the skills the team has learned in their busy careers. You can tell that some of the puzzling came from an earlier era, but Samsara Room is also very much a reminder of how talented the Rusty Lakers really are. Yes you’re still pointing and clicking on interactable objects in an enclosed space but the puzzles are an expertly paced trail of interactions that are the perfect blend of obscurity and retrospectively obvious.

As far as I’m concerned the Rusty Lake team are the gold standard to which all room escape games should be judged against. It’s a treat to see them return to one of their older projects with fresh eyes and one that I can’t recommend highly enough. 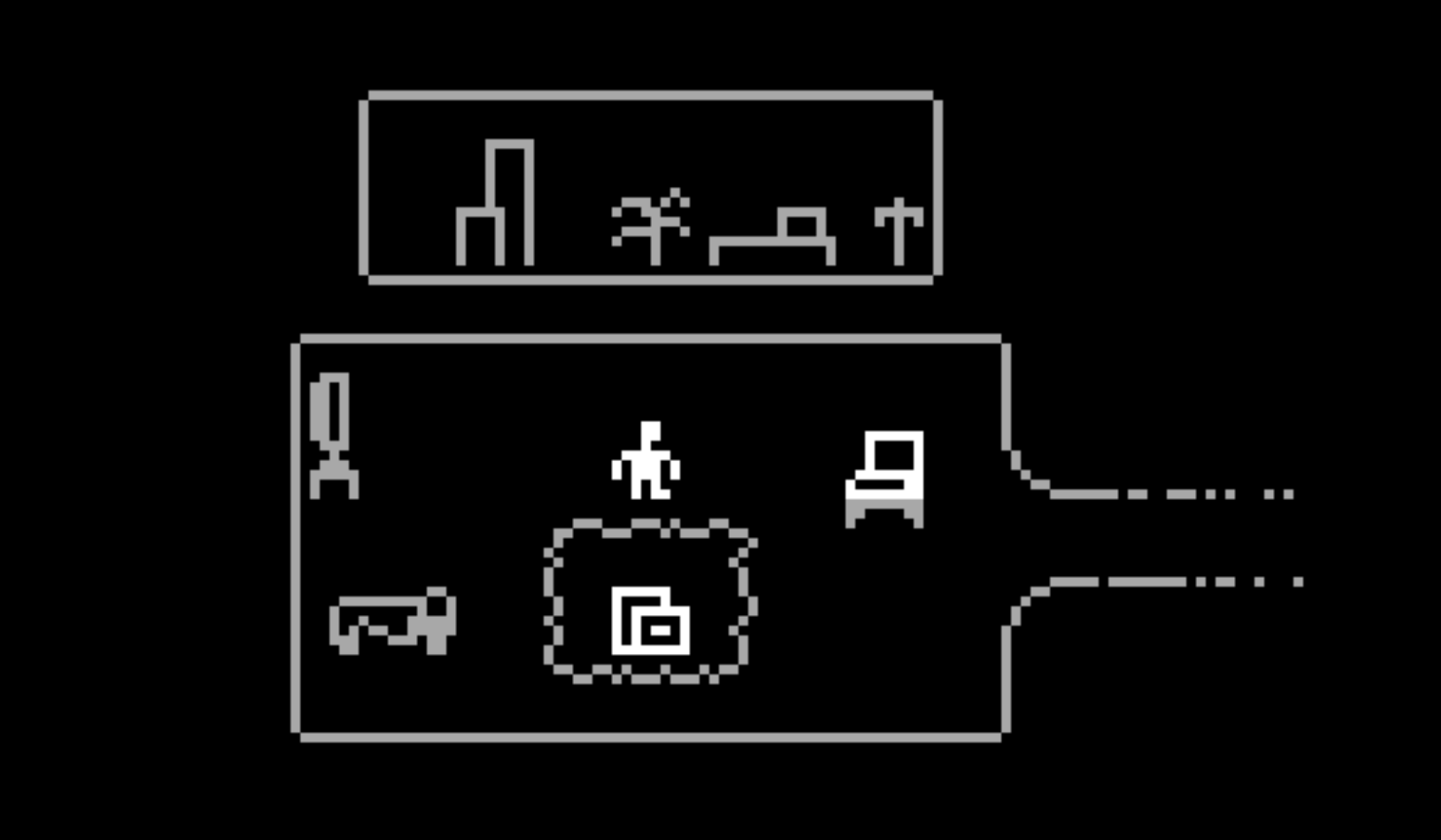 All Things Equal I Would Prefer it if we Were Safe and Lonely Instead of Together and Afraid but I Cannot Deny that it is Hard or: A Solitary Spacecraft

No I will absolutely not be referring to this game as its full title for the duration of this recommendation. It is a comically long title that does a perfect job of setting the tone for the game I’m calling Solitary Spacecraft.

Now that the title is out of the way, let’s get to actually talking about the game: It’s good. Really good. Solitary Spacecraft is a tiny Bitsy adventure that is a semi-autobiographical look at life aboard a tiny spaceship. Just kidding, it’s about quarantine and isolation. While I can’t speak to what your quarantine experience is like, Solitary Spacecraft lines up with mine almost exactly. It’s a looping narrative of waking up, musing about something in your room/spaceship and then talking to your friends online about being locked inside. These conversations are what make the game semi-autobiographical. They’re all based on real conversations with the author’s friends  and become the backbone of what I love so much about this game. We’re living in a strange time (at least as of writing this) and while most of us are trying our hardest to make it through this thing intact it doesn’t leave a lot of artifacts. A Solitary Spacecraft feels like something we’ll be able to point back to, an honest look at what it means to be alive right now.

What have you been playing this month? Let us know in the comments.

Tales From Off-Peak City Vol. 1
$9.99
At the local pizzeria, nothing is what it seems.
Cosmo D
Adventure
Tonight We Riot
$14.99
A revolutionary crowd-based retro brawler
Means Interactive
Action
Samsara Room
Can you find a way out?
Rusty Lake
Adventure
ATEIWPIIWWS&LIOT&ABICDTIIH; or, a solitary spacecraft
fictionalized diary of real events
videodante
Play in browser