Sometimes you need some cuteness in your life. Maybe you want a break from real life, or perhaps you’re just super into adorable as an aesthetic. Either way, this week’s recommendations are a pair of cute animal-based adventures for players of all ages. 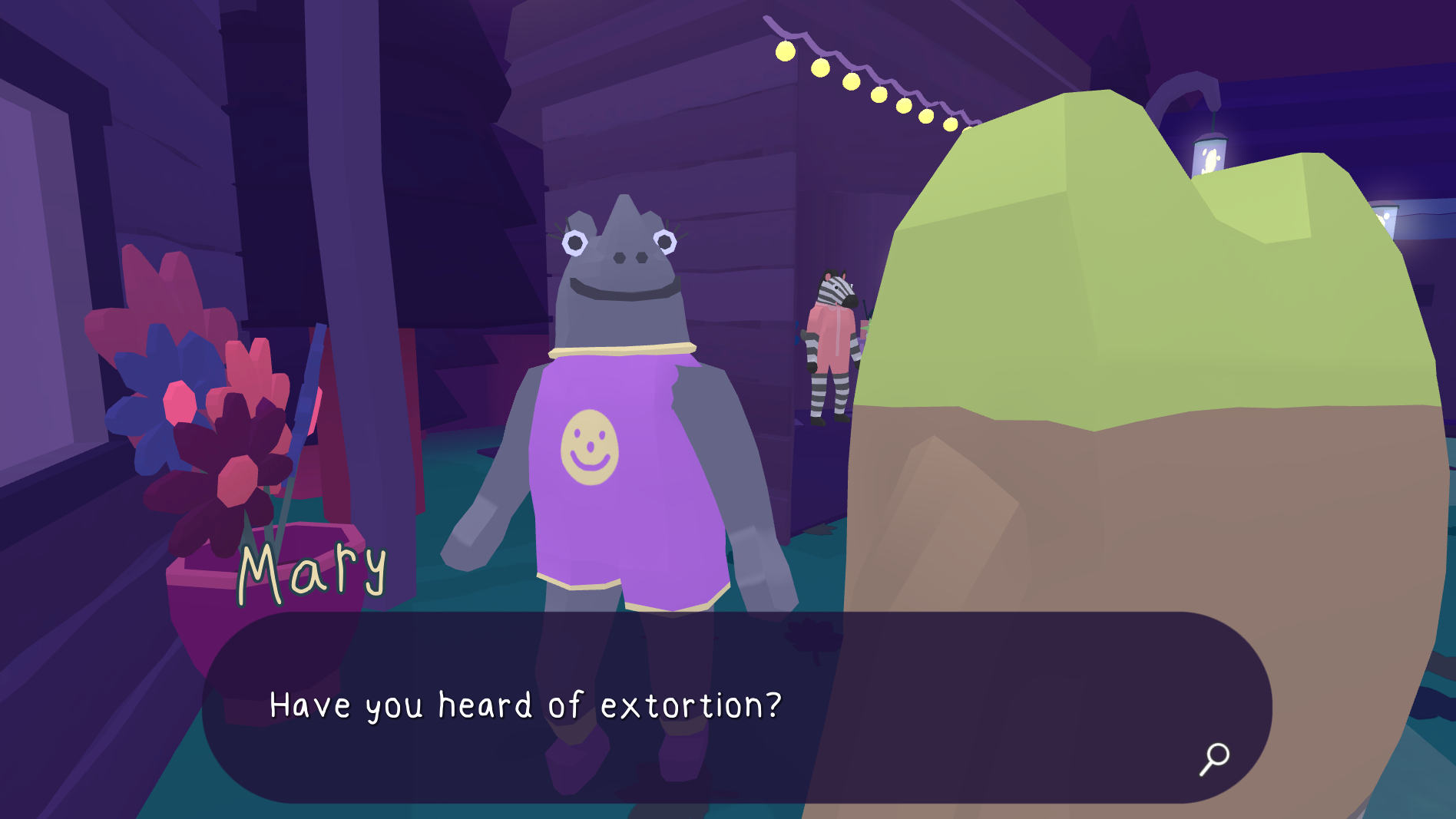 Frog Detective 2: The Case of the Invisible Wizard

Last year’s amphibian sleuth ‘em up Haunted Island: a Frog Detective Game blindsided me with its charm and ended up one of my favorite adventures of the year. The team is back with another outing with my favorite Detective and this time it involves an invisible wizard.

If you haven’t played the first Frog Detective (you should) you won’t need to know much in order to hit the ground running here: You’re a frog, you’re a detective, and you’re on the case. There aren’t a ton of mechanics here --you’re mostly carting evidence around from one npc to another-- but the puzzles are a great conduit for the game’s charm. Have I mentioned the game’s charm? Let’s talk about the game’s charm.

There are a ton of games out there trying to capitalize on aesthetics that are too cute for their own good, and I was initially scared the first Frog Detective would fall into this trap, but the team at Worm Club knows just when to take their foot off of the twee-gas pedal. This gives the writing a really unique sense of self that isn’t tiring but still creates a world where it seems hard for anything truly bad to happen.

Unfortunately as is the case with all good things, Frog Detective 2 ends before I want it to. Yes, the game has a full arc and a satisfying conclusion, but I’m already jonesing for more crimes to solve with my frog pal. The developers have promised multiple sequels (apparently 7 in the main Frog Detective storyline) so I’m optimistic that I’ll see this sweet crime-solver again soon. 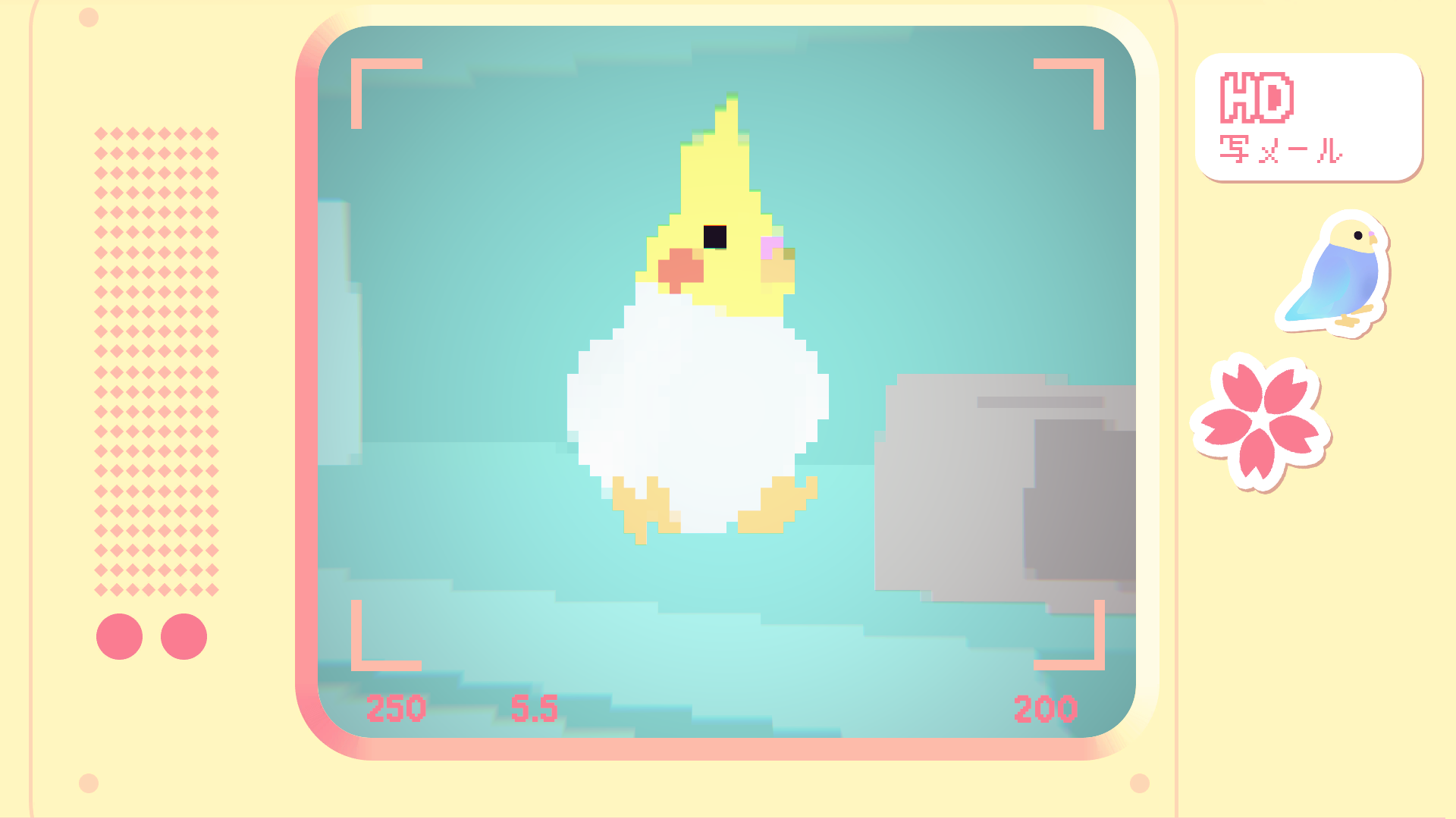 What’s that? You want even more cute games? Well slide on over because the cuteness-buffet is far from closed. Toripon is like if Alfred Hitchcock’s The Birds was inspired by Pokemon Snap and was then bathed in Animal Crossing’s aesthetics until it’s more style than either of those influences.

If you’ve ever had a bird in your house you’re probably familiar with the drama and thrill of a panicked flapping creature tearing its way around your house just out of reach. In Toripon there are roughly 50 of these winged creatures in your tiny apartment, and you have nothing but your phone’s camera to help. Now, this isn’t a problem because these birds are all massively chill. That’s right, it’s time to take these avian roommates and trade them in for clout via the game’s version of Instagram.

There aren’t a ton of complicated mechanics at play here, you’re mostly walking and shooting pictures, but that’s not the game’s goal. Everything in Toripon is there to maximize cuteness. Pastels are on full display in Toripon’s palette, and the entire game is run through a pixelated filter that gives the game a distinct visual flair.

If you like pointing your camera at birds, you will not find a better game to play than Toripon.

Frog Detective 2: The Case of the Invisible Wizard
$4.99
You're a detective, and a frog, and it's time to solve a mystery. Also there's a wizard.
Grace Bruxner
Adventure
GIF
Toripon 鳥ポン
Take photos of cute birds doing cute things, and make people happy on the internet!
Victoria Smith
Adventure