How about that Halloween sale, huh? What about that great itch.io Selects Bundle? There sure was a lot going on last week. Now I know we didn’t have any posts for you, but let’s make up for it with some fresh recommendations! Yep, we have 3 more games to start your November off right, so read on for the hits. I’m always interested in games that are personal to their developer. Sure every game reflects some element of its creator but I’m talking about the ones that thin the barrier between art and artist to the point where it’s basically nonexistent. Brukel is the most recent game I’ve played that invited me into the developer’s personal life.

The titular Brukel is the home where the developer’s grandmother lived in real life. What follows throughout Brukel’s approximately 45 minutes of playtime is a walking simulator through the bones of this structure while Bie, the woman who lived in this home, goes into the history of the items left inside. It’s part history lesson and part family storytime which lends a level of reality to the proceedings. There are some rough edges here (occasionally the cell phone you use to interact with the world would stay locked in place in the center of my screen) but there’s enough heart here that it makes it easy to keep staying just to learn more about Brukel’s charming narrator. 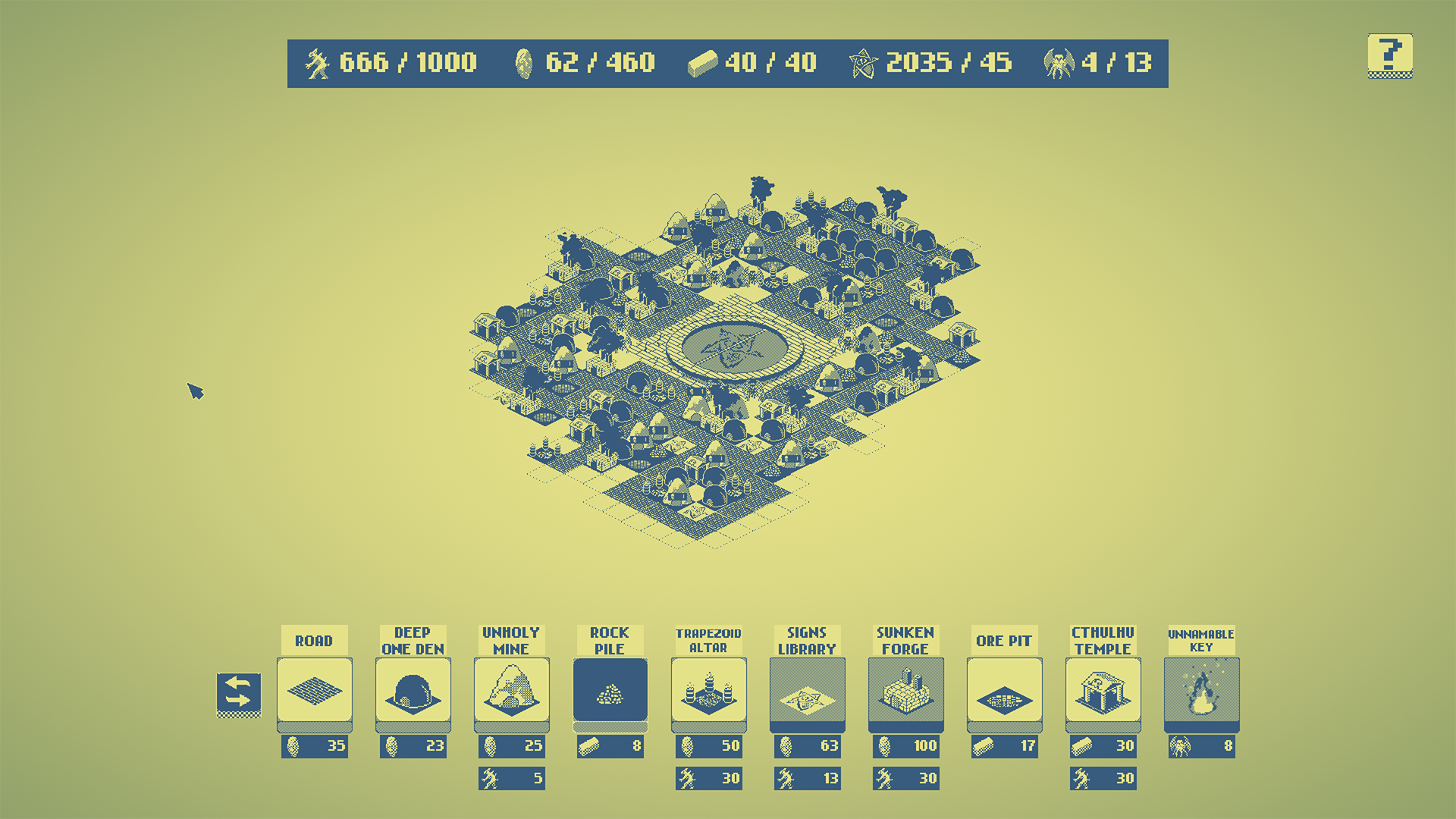 Depite its overwhelming popularity I’ve never been a huge fan of Cthulu or cosmic horror in general. Something about the genre has never done much for me and it’s not just because HP Lovecraft was deeply, deeply racist. On the other hand, I love a good city builder so I came into Click of Cthulu conflicted.

The developers of CoC stated that they wanted to figure out what a city builder on the Game Boy would look like and I’m happy to report that they nailed it. Not just in the game’s two-tone visuals, but in the game’s tight simplicity. No you can’t control the game via dpad, but the clicking and dragging UI is clean and keeps a complicated genre easy to parse.

If you like Cthulu and Cthulu-adjacent stories you’re going to really enjoy this game. I managed to get over my aversion to cosmic horror enough to enjoy the progression of Click of Cthulu, but I can imagine folks partial to the Mythos will be able to hit the ground running. Best of all, there’s no investment required here: Click of Cthulu can be played in the browser for free so you could even get your cult on at work. 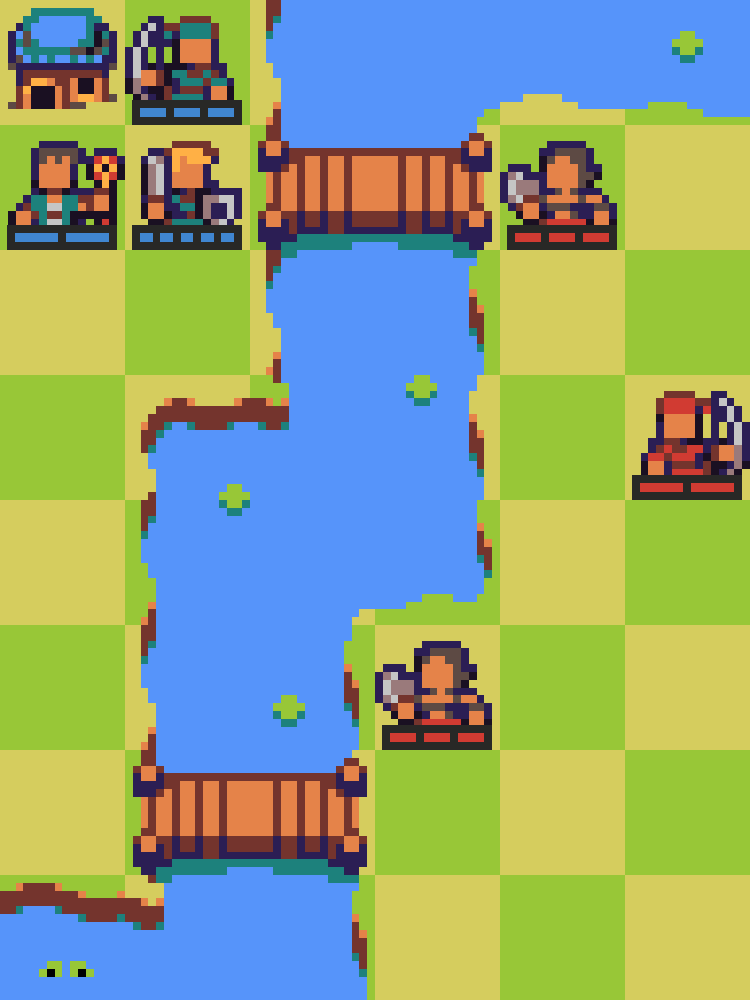 Piggybacking off of our last recommendation, we have another game that takes a complicated genre and removes as many barriers to entry. Instead of building cities, Hero Tactics looks to make strategy RPGs as simple as possible. I’m happy to report that even in its unfinished state, Hero Tactics is already nailing it. If you’re a fan of games like Fire Emblem, you already know what’s going on here. You control a small squad of heroes who traipse their way around grid-based battlefields and use their specific class equipment to clean the enemy forces off the board. It doesn’t stray too far from its obvious influences, but the promise of greatness is there.

Brukel
$4.99
A first-person exploration game based on the memories of a 92-year-old grandmother as told in her own voice.
lifelonggames
CLICK OF CTHULHU
BUILD THE DOOMED CITY OF R'LYEH AND AWAKE CTHLHU! FHTAGN!
Studio Black Flag
Simulation
Play in browser
Hero Tactics
A love letter to oldschool tactics rpgs.
ehgoodenough
Strategy