This time of year is always an interesting one for indies. Historically the end of the year is dominated by AAA releases, but every year is different and 2019 is already showing off some really strong games. This week we have a trio of games that would have been standouts in any other week but have somehow all come out around the same time. Read on for this week’s recommendations. 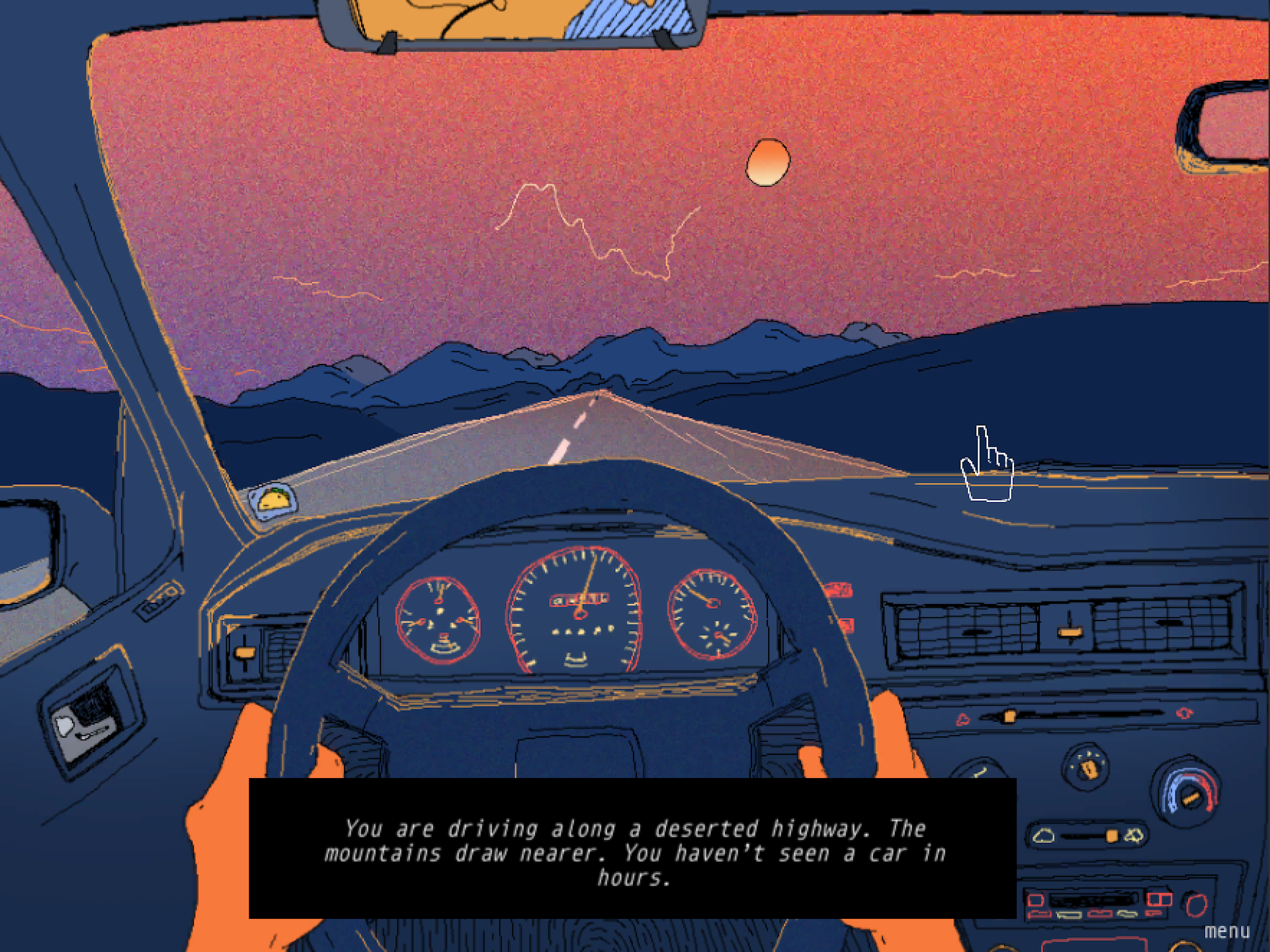 I love a good roadtrip. There are few things more joyful and American than hopping into the car with a backpack full of clothes and snacks while surrounded by your friends. But there’s always a great fear in roadtripping: What happens if you break down? An Afternoon Rippling takes this fear and transforms it into the backdrop of a surreal adventure to fix your car.

There are nothing but weirdos in the deserts of an Afternoon Rippling and whether they’re filmmakers on scooters, bands in lakes, or chain smoking MRAs they all have things to say and push you towards fixing your car. This strangeness is mirrored by the game’s artstyle that is somehow both drawn well and poorly all at the same time. It’s clearly an intentional choice and it’s one that really sells the mix of familiar and other.

One word of advice though, there are dead ends in this game, so be careful what you choose on your adventure. 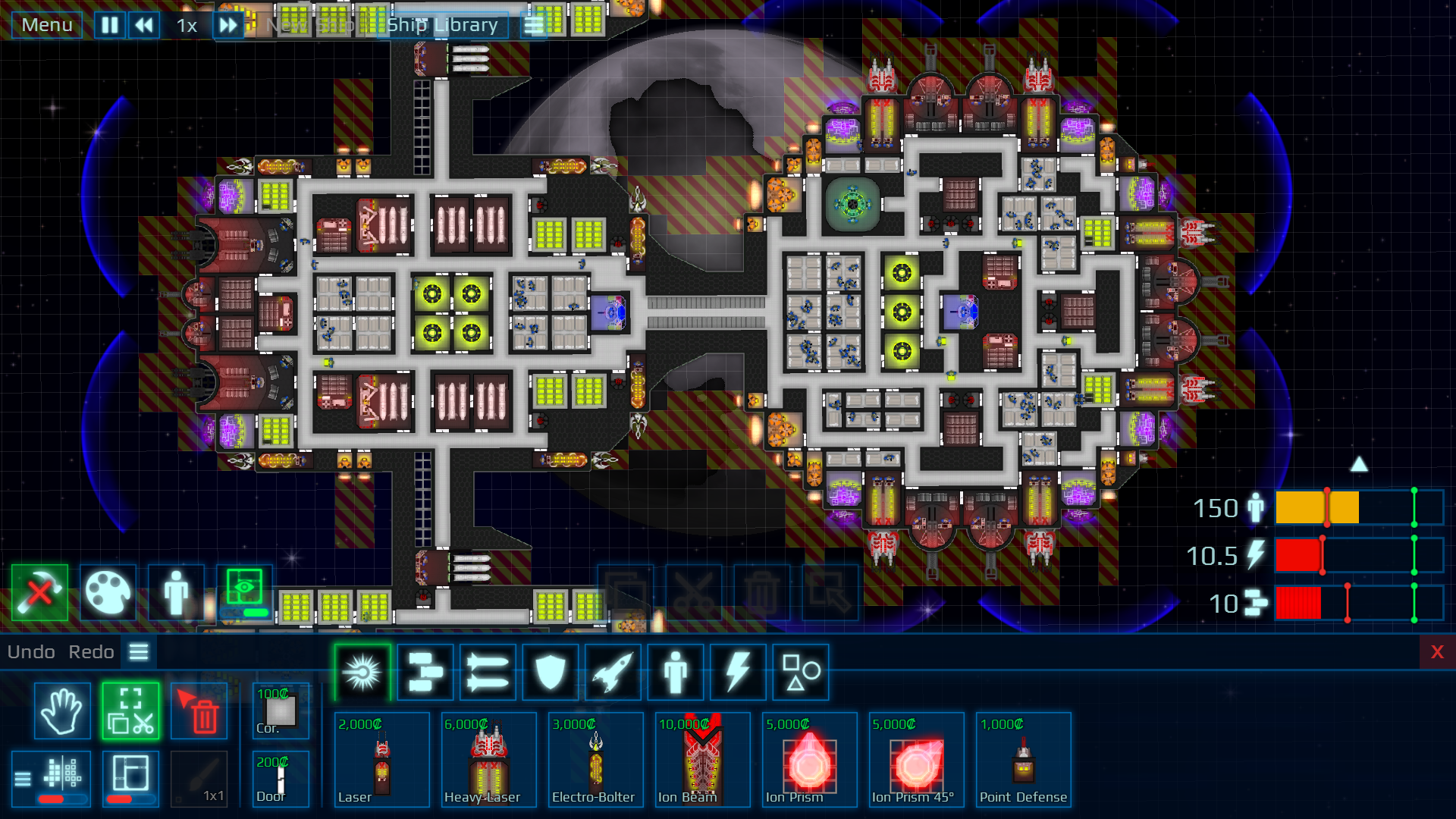 I’d like to think I’m pretty good at games, but every once in a while something comes along to shake that faith and make me feel like an absolute idiot. Cosmoteer is one of those games. Let me rattle off some buzzwords for you: space exploration, systems-driven, physics-based, and fully custom ships. For some section of the readers that’s all they needed to hear and they’ve already rushed off to the download page. For everyone else, let’s talk a little more in depth.

Cosmoteer is a game about traveling the stars (alone or with friends) in a custom built spaceship. Everything works on a 2d plan to keep it simple, but the ship builder is no slouch. You construct your craft through modules, but you can’t just place them wherever you want. Well I mean you can, but the placement of things like engines, thrusters, weapons, and energy supplies all come into play because the distance between modules matter in this game. I’ve seen some pretty wild ship designs in my short time with the game which seem to imply that just about anything is possible if you’re creative or determined enough to get it to work.

As with all unfinished games, Cosmoteer comes with a few warnings. There are several rough edges here but the game has an unpolished charm that I quite like. Because of the player-driven nature of Cosmoteer, a lot is possible in the current build so it’s a pretty easy recommendation, but I’d understand if folks wanted to wait a while to jump in.

Yep, it’s another Sokpop recommendation! This time the team turned their goofy sense of style to climbing with the appropriately titled Klym. This time you’re doing some Uncharted-esque parkour around some buildings to --wait for it-- rescue ducklings. How did those baby ducks get up there? Doesn’t matter. Who built these towers? Who cares, ducks need to be rescued. Nothing matters but ducks.

Sokpop fans will already know the whimsy inherent in each of their games, but Klym takes the bouncy fun into a whole new realm. There’s never been a better time to become a fan of Sokpop and Klym makes that obvious from its opening moments.