In this Zelda-like game, explore the wondrous dream world of the human Young. · By ,

Weird bug in the Circus dungeon

Got to this part of the dungeon, and there were a bunch of gates with seemingly no solution in the room. Assumed it was something where I would have to defeat enemies or press buttons on the other side of the dungeon to solve it. Fought the boss before solving the puzzle, which I don't think is supposed to happen, and the gates are still there.

You can tell from my health bar at this point that I already beat the area's boss. If there's something I did wrong let me know, until then I think I'm stuck :( 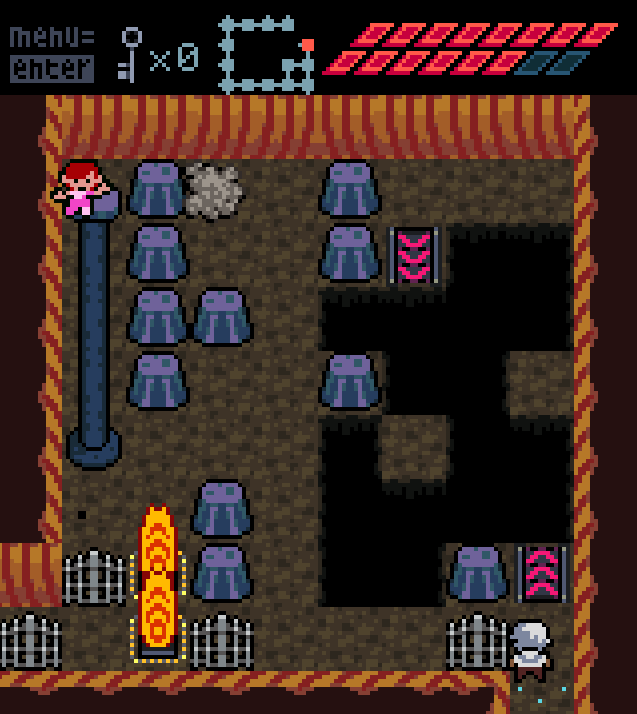 Hi! You have to place the dust below the acrobat.