can we generate in just one area?

I would like to re run say a toolpath in just the bottom left layer. 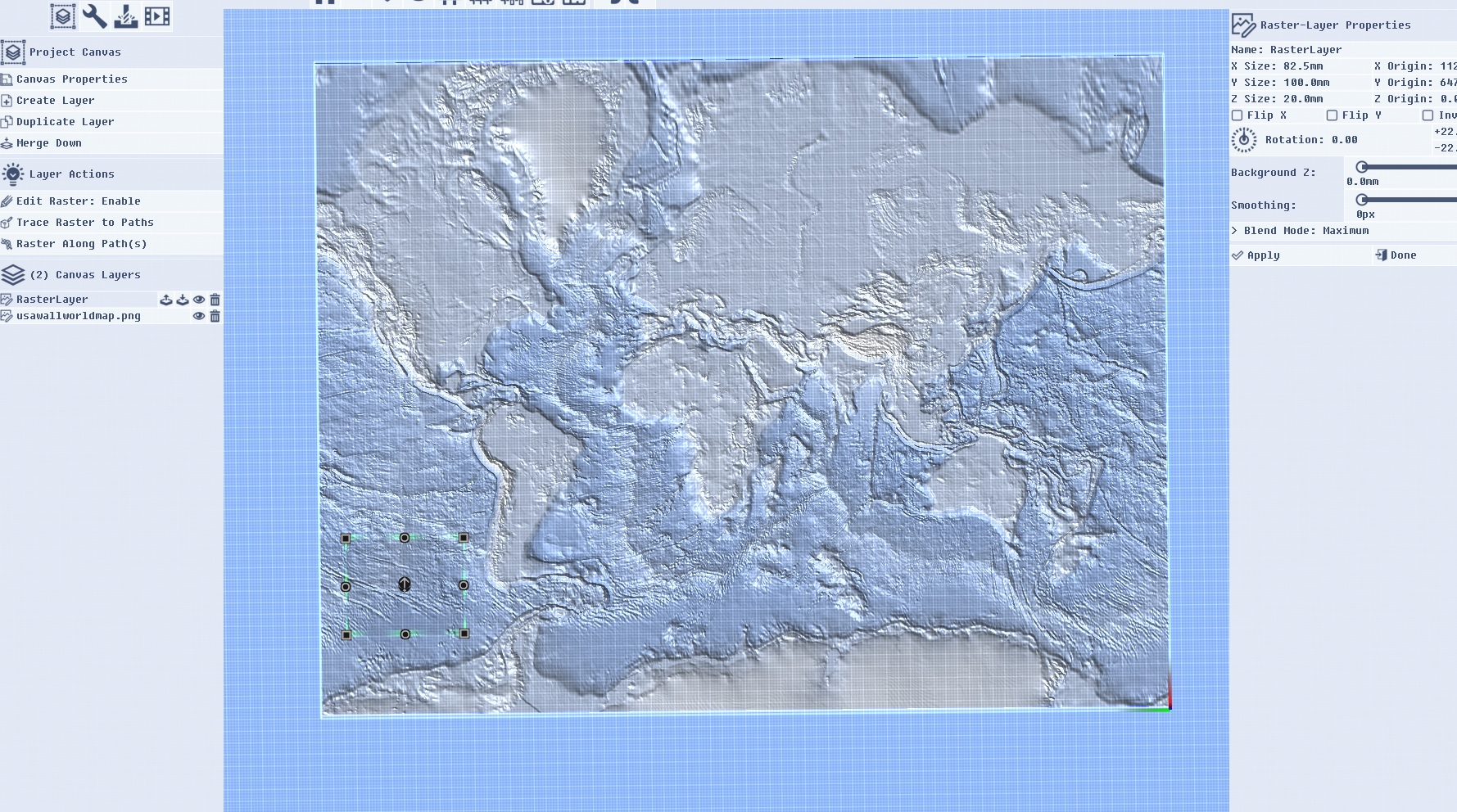 There's currently no means of restricting toolpath generation other than with the canvas' volume. You can use a raster-layer to mask off areas of the canvas so that generating a toolpath only occurs in the un-masked area. Create a paths-layer and draw a path around the area you want to mask off, then use the Shapes From Paths function to create a flat shape. Invert the resulting raster-layer and change it's background Z to the top of the project, so you have something like this: 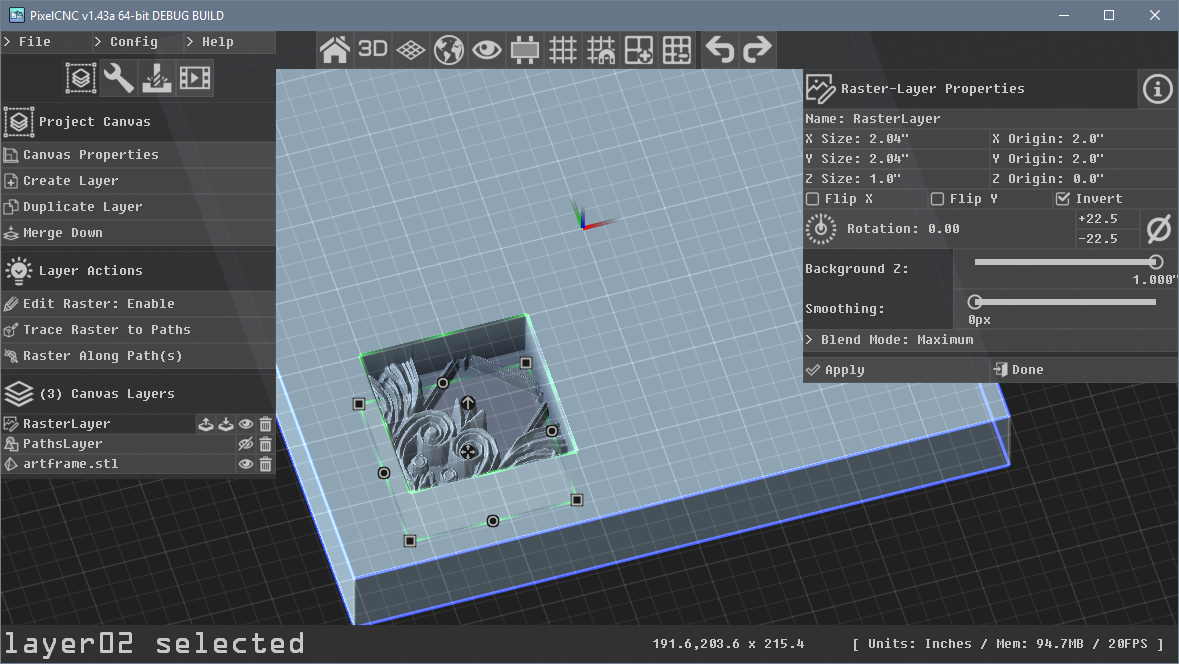 Here's the steps leading up to the end: 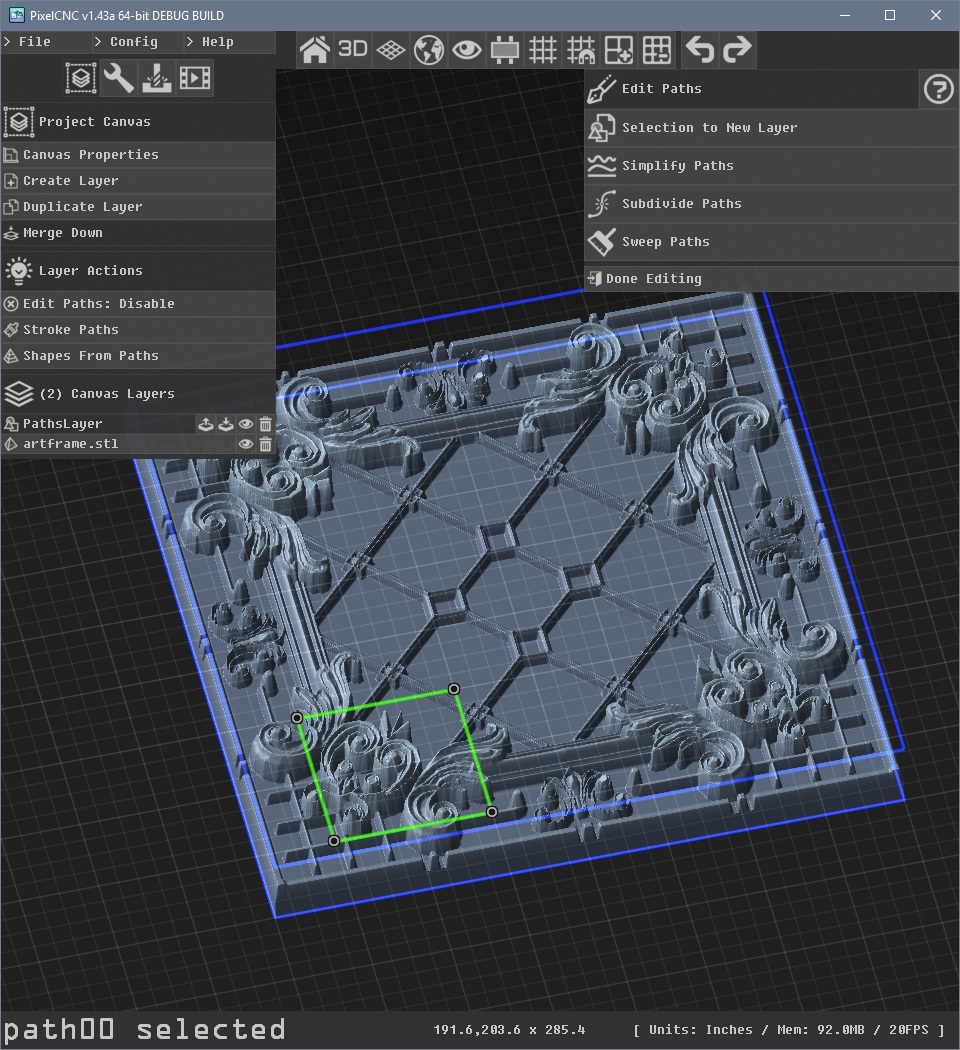 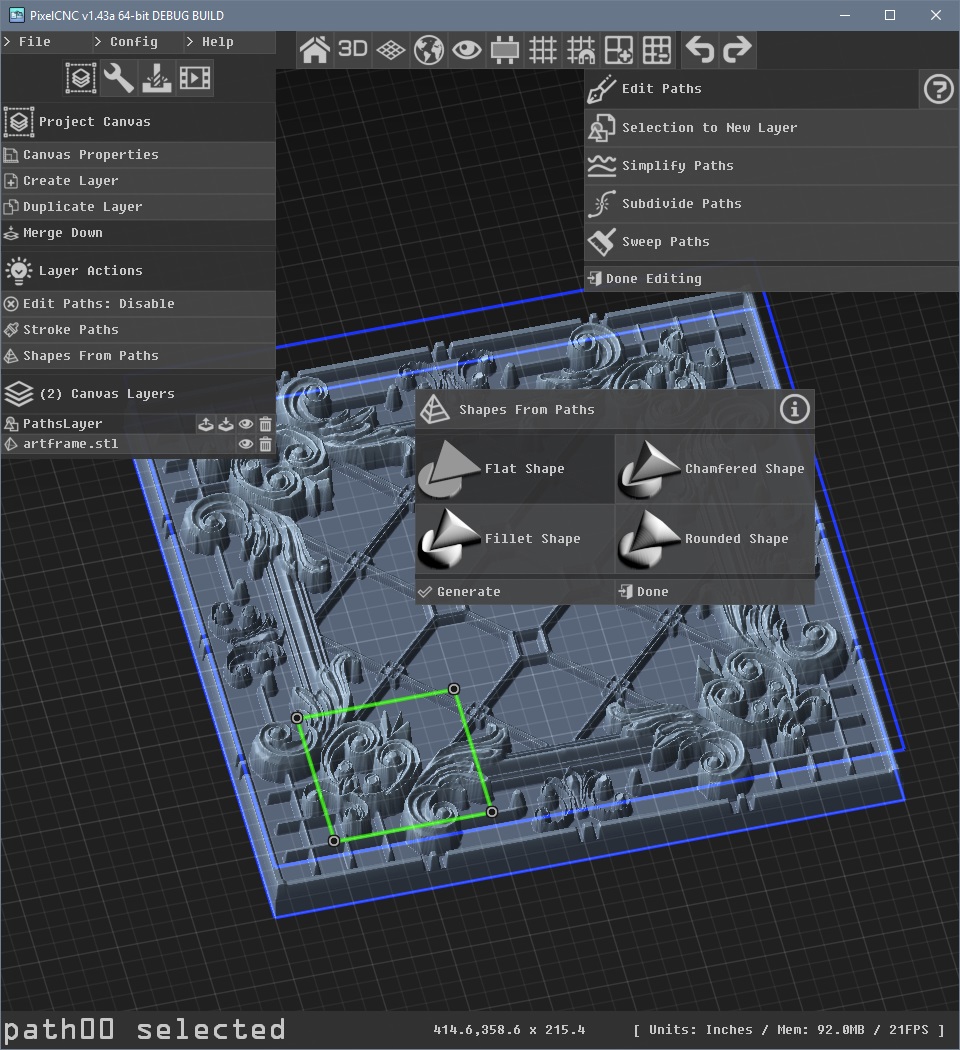 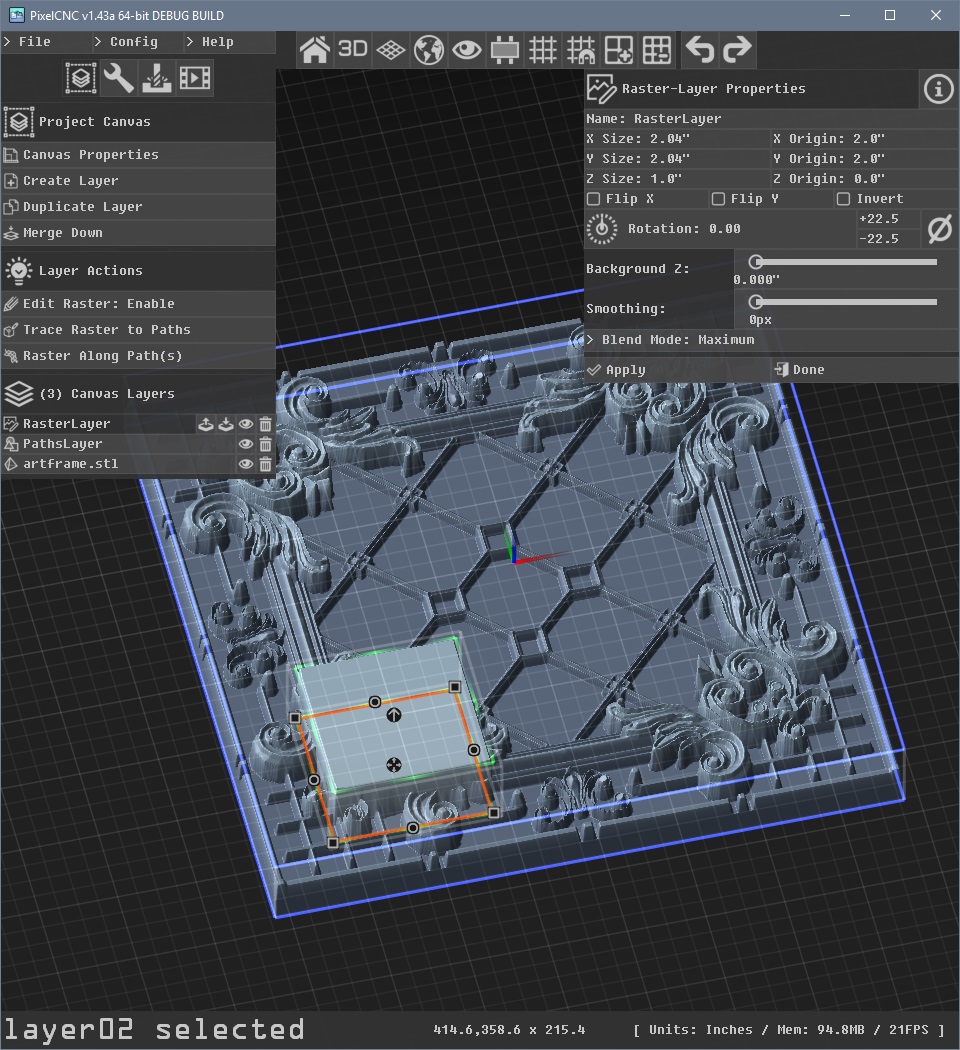 ...Then just increase the freshly created raster-layer's "Background Z" to be at the top of the canvas, and invert the layer (both on the right-side of the window when a raster-layer is selected) which results in the original image I uploaded. Then create a new operation just like the original one but when you generate a cut-path it will leave everything else alone and only generate cuts within the area masked off the rest of the canvas. You're just changing the contents of the canvas so that generating a cutpath won't cover the entire thing anymore. You might need to set your minimum cut Z depth to something like 0.001 depending on the operation, so that it doesn't generate cutpaths across the top of the canvas (which it might if min cut depth is set to zero). 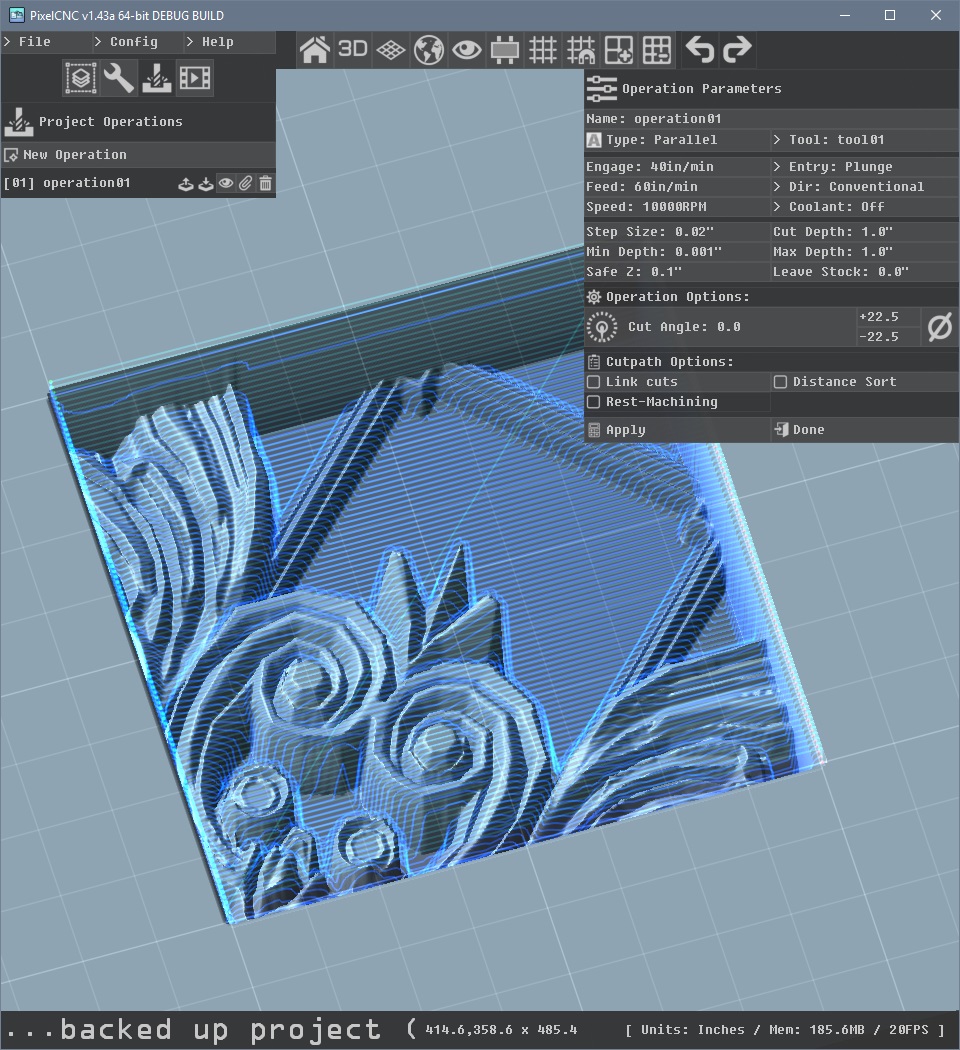 I don't think you ever explained how to DRAW a path, and i'm not seeing HOW or where to do that.

Lets us Fix and rerun just a select area.

limiting where the cut is also lets us just detail the outside of a frame also.    needs more doc or at least intuitive UI.  ? 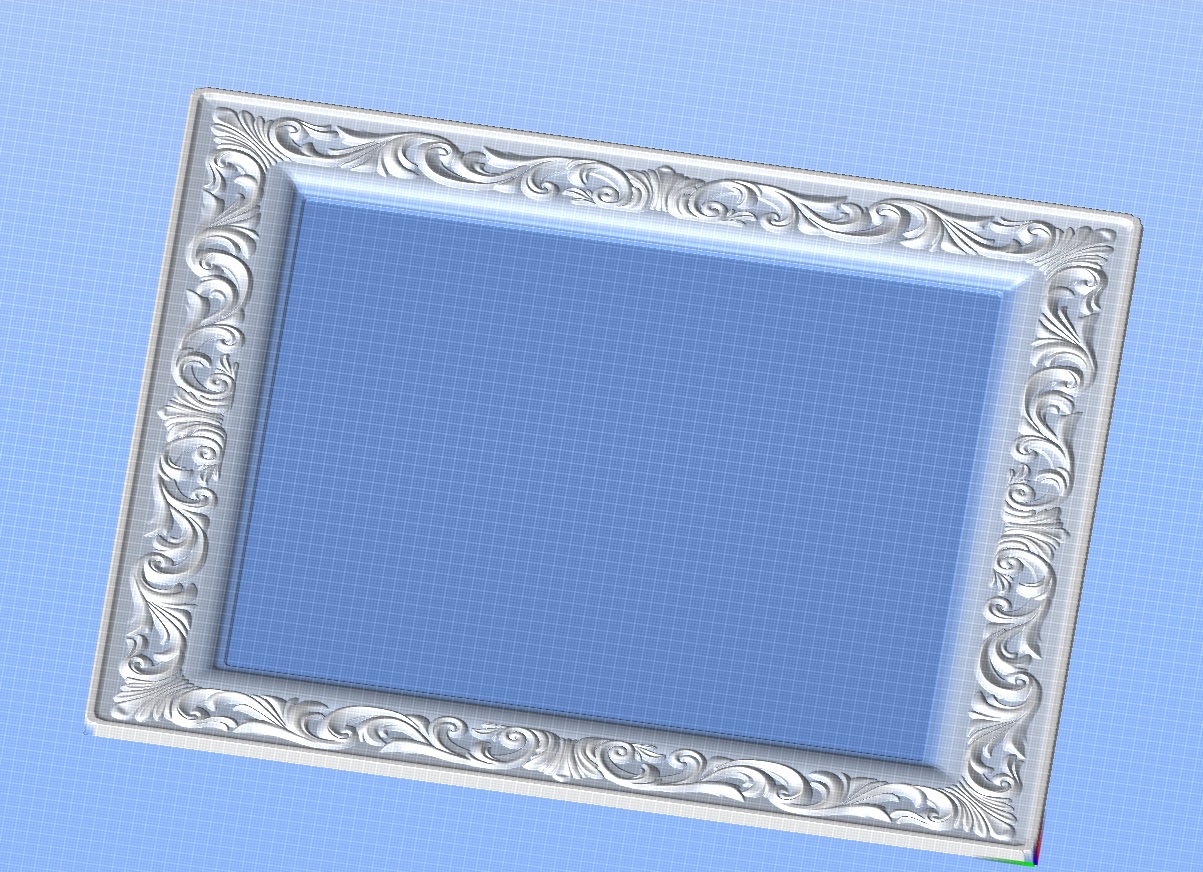 EDIT: The UI is pretty much staying as-is, it's been under development for 3 years and while there are some things I wish I had in mind earlier during development the plan now is to finish the major features and get to beta sooner rather than later so we're going to go with a built-in help/tutorial/walkthrough mode that hilights what users must do in order to achieve different things. Have you looked at the included User Guide? It documents everything the UI exposes to users and explains a lot. It's updated for each released version.

Ok,, Somewhere  you need a "hold down CTRL key and L click to create path"? 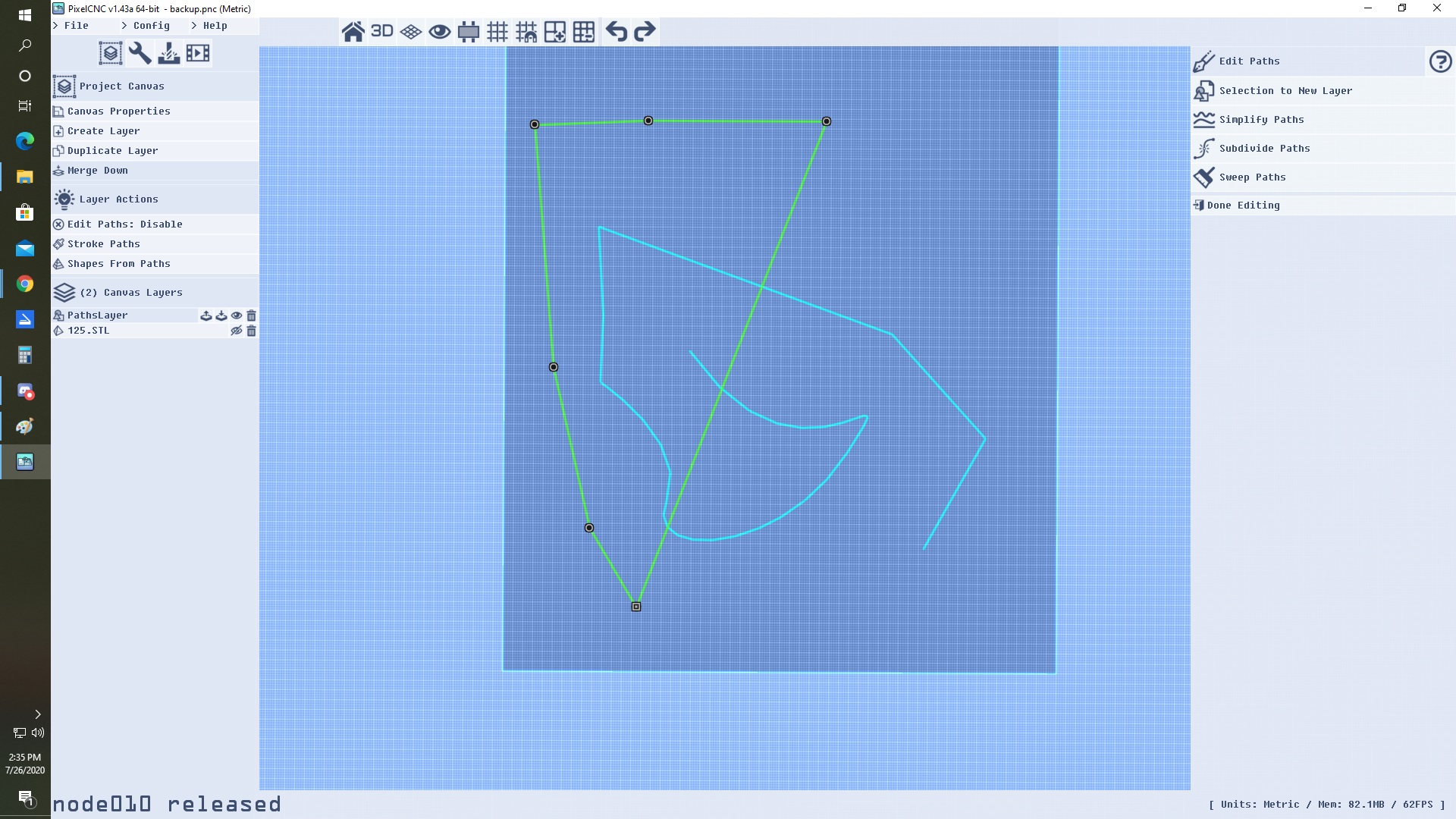 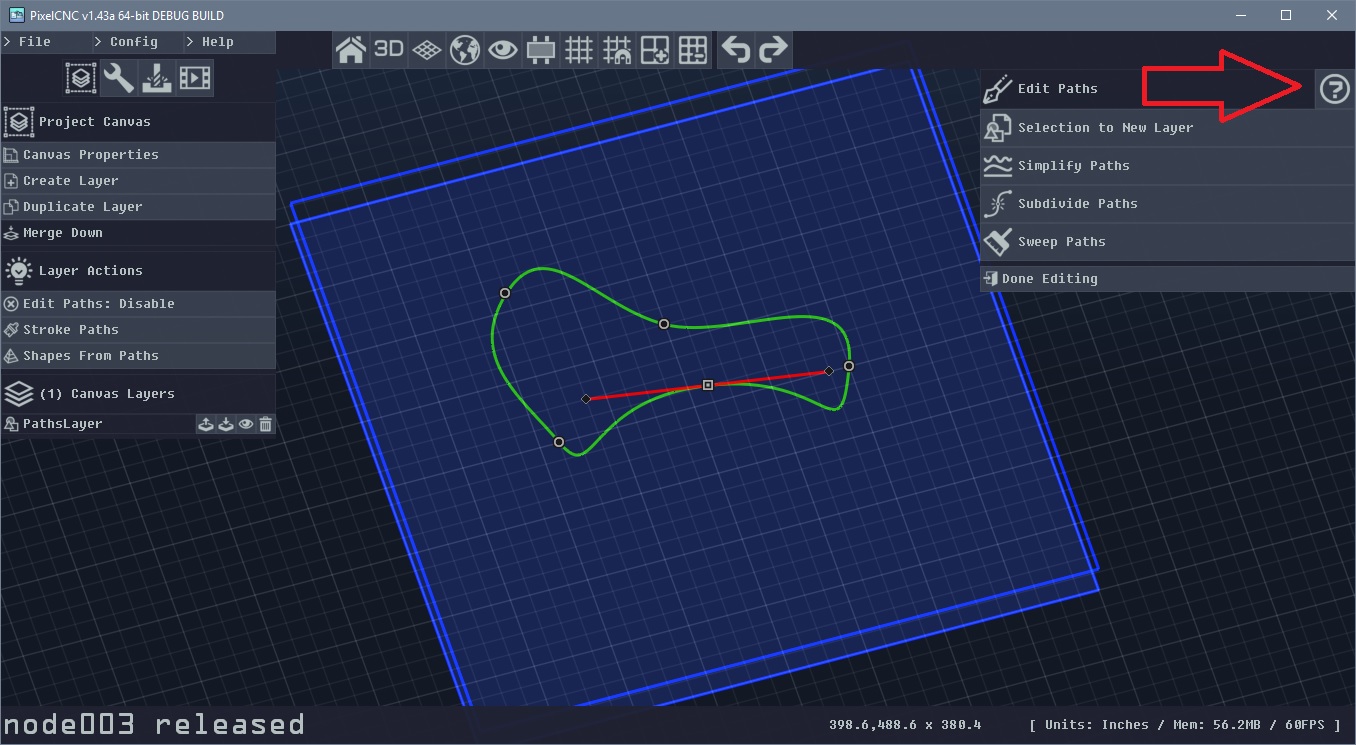 The instructions for how to create/edit paths can be found via the question-mark button next to where it says "Edit Paths". There is also a complete table for all the editing controls in the User Guide. 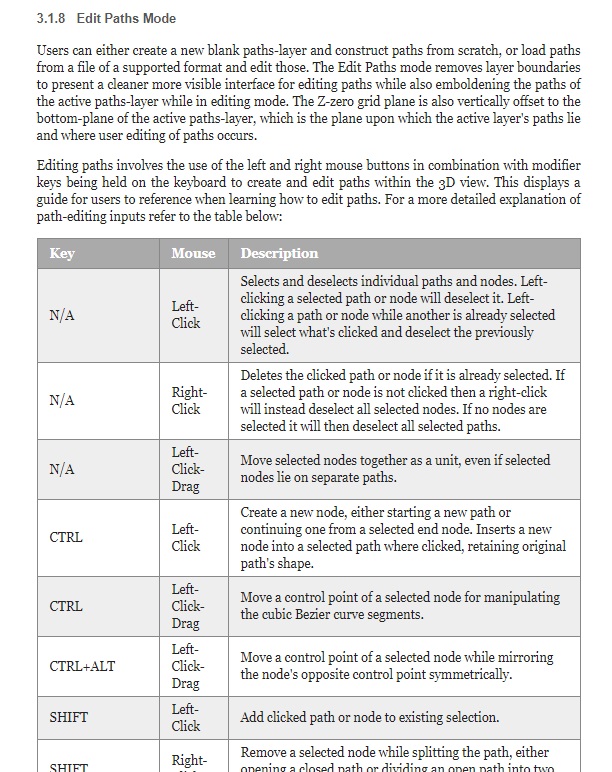 EDIT: Yes, the grid is tied to the units. It tells you what your grid subdivision is set to in the status bar when you increment/decrement the subdivisions using the buttons on the view button bar.