The House of the Red Doors (DCC RPG)

The House of the Red Doors is now on itch. Written for the Dungeon Crawl Classics RPG (DCC), The House of the Red Doors is a challenging 0 level adventure for one player and one judge. Three rounds of puzzles with seven different endings await the brave souls that enter the moveable mansion’s threshold. A dreamland-like setting allows for ease of use in nearly any genre. This adventure can quickly create a 1st level adventurer for an ongoing campaign, test a player’s wits, or be run as a tournament. 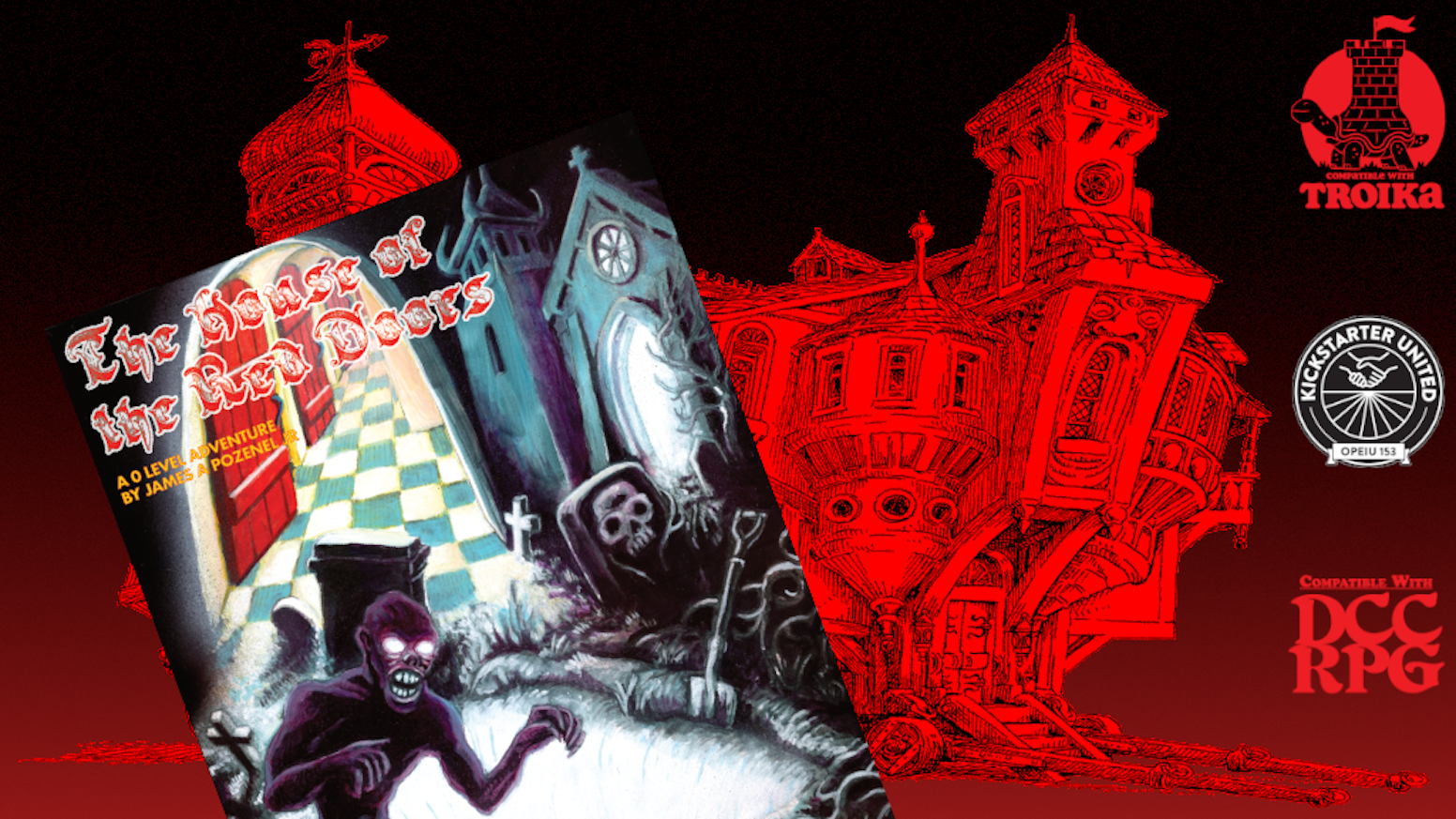 It's hard to imagine, but it appears to be the first DCC RPG publication on itch.io. Which begs the question:

What is the Dungeon Crawl Classics RPG?

Dungeon Crawl Classics (DCC) is a sword & sorcery role-playing game published by Goodman Games. Mechanically, DCC is based on the world’s most popular RPG, but the rules have been reforged—streamlined in some places, expanded in others, and injected with a wild and exciting imagination throughout.  The fantastical imagery and fast playstyle are designed to invoke the classic fantasy and science-fiction adventures tales of old. You’ll find the influences of Leiber, Moorcock, Howard, Vance, Brackett, and more throughout Dungeon Crawl Classics.

Find out more about Dungeon Crawl Classics at www.Goodman-Games.com.

Ok. Cool. Still with me? It is a table top RPG not a video game, but bear with us pencil & paper folk. Countless video games have been based on book rpgs. Just more fodder for you techies.