A full-fledged co-op platformer for your NES. · By

The first Cowlitz Gamers Adventure had 8 stages with four loops (each with an increasing number of enemies/obstacles on the screen).

Every third stage in the mines of The Cowlitz Gamers' 2nd Adventure is an adaptation of the first game's stages. So, stages 3, 6, 9, 12, 15, 18, 21, and 24 in CG2A correspond to stages 1 through 8 in CGA respectively.  The number of enemies in each is a balance of the stage's position in the game (for difficulty curve) and controlling scanline issues.

The first name considered for Kaylee's character was Constance (in a search for a virtue-based name to counterpart Justice). I was then reminded that Justice's character wasn't named for that game's charitable cause (The Children's Justice and Advocacy Center), but after John's son.

Since the real-life Justice has a younger sister named Kaylee, dropping the name of Constance was an easy decision to make.

For brief period of time in the development cycle, prior to obtaining permission to use Chip Jockey's tracks (and before Robi had finished composing all of his), we considered scoring the game with the CC-BY album 8-Bit Run n' Pun by Ozzed.

We very much made the right decision to wait for the tracks that we did have (as Robi and Chip Jockey's music are both frequently praised by players). However, if you're curious as to what the game might have felt like, the track assignment of Run n' Pun would have likely been as follows:

The Cowlitz Gamers' 2nd Adventure uses depth/height to label its levels instead of label or stage numbers. It starts in the mines at a depth of -384 meters and extends to a height of 400 meters as Kaylee scales the tower, with each progression increasing the height by 16 meters. The scale was based on the height of the characters (15-16 pixels) being an acceptable height for 10-11 year-olds.

The Maekgaibo's sprites received the most visual revisions.

From left to right: The original spinning enemy from CGA; The four-bladed version from the CG2A mockup; The version used during most of development; Three attempts to reduce the maximum visual height of the blade by a pixel, the final version used in-game.

The additional blades were dropped to make for clearer animations (originally, the two sets of blades were planned to rotate in opposite directions, and visually it was cluttered). The reduction in height was to allow for visual clearance as the player ducks from their desired duckable height.

Most of the enemy names are rooted in Korean words. For instance, nalgae means wing and is the name of the winged turtles.

The above-mentioned Maekgaibo is a simplification of maekgaibeokal, which is literally "MacGyver Knife", a common term still used for Swiss Army knives.

Some Cutting Room Floor content:
The following sprite was in nearly all builds of the game until final and was intended for use during cutscenes (mid-game and ending) to indicate which character is talking. However, it was scrapped due to it being distracting and unnecessary (only one character ever talks).

Although most stages received revisions, some fairly heavy ones, only one stage was fully scrapped during development:

Originally planned as the final stage, the above proved to be more frustrating and less rewarding than had hoped.

While sketching revisions, quickly decided to go with an angry face layout to give it a bit of a boss feel. These sketches were the first steps in the process: 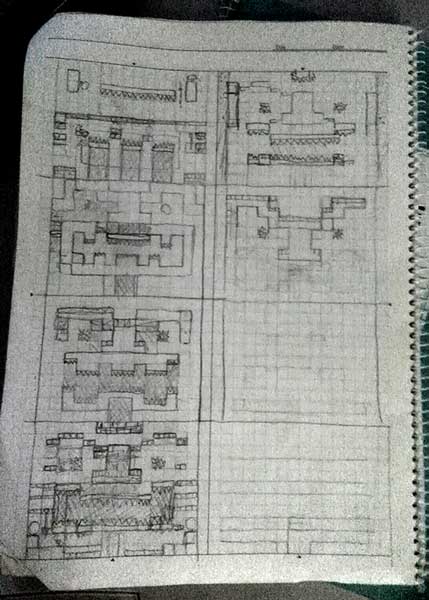 The final result came out as follows: 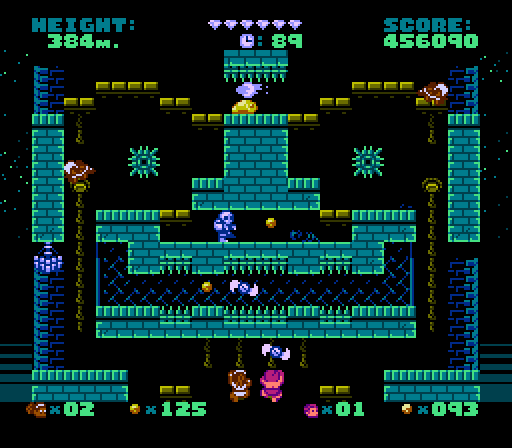 Bosses were scrapped due to being beyond the scope of our already-ambitious game. I scoured notebooks, but I don't think these even made it to the sketch stage.

Kaylee is slated to appear (along with a slew of other modern NES game characters) in the upcoming four-player competitive game, Super Homebrew War from Nathan Tolbert (aka gauauu or Bite the Chili Productions). 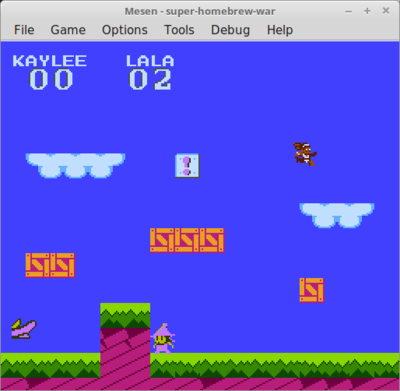 The original plan for the manual/backside of the poster was a foldout Candyland-style board game, and an additional card of four cut-and-fold game pieces (using some of the illustrations that adorn the standard manual). 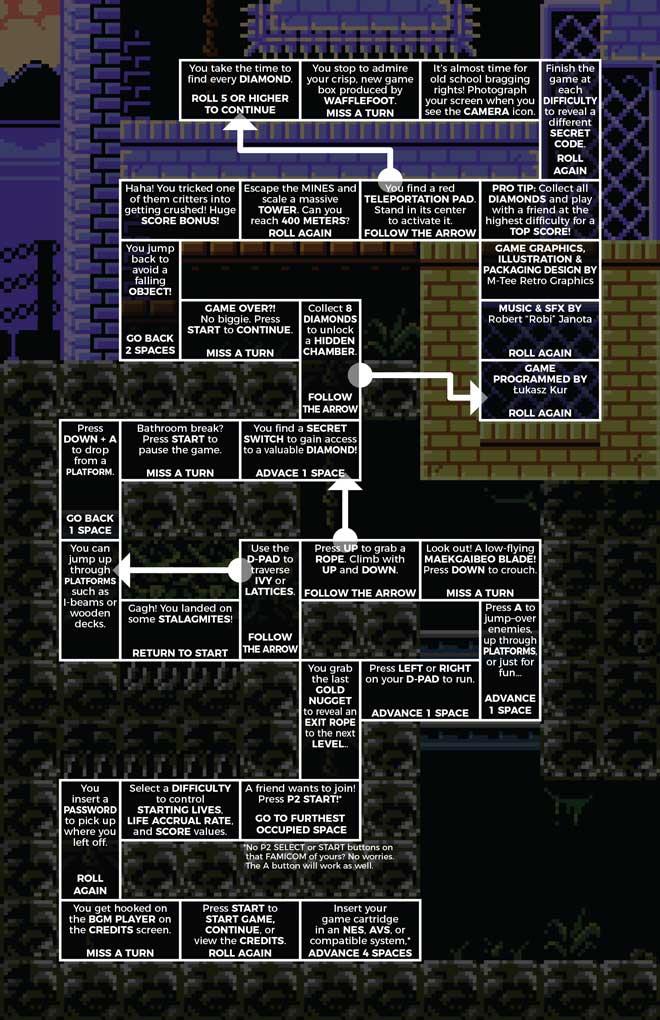 In-Progress image of the board. Would have eventually had some of the manual illustrations with captions in the negative space.

This idea was scrapped in favor of a layout that would be better suited to showcase the spot illustrations done for enemies, etc. -and also because the overlap of folks who would buy a physical homebrew and who would actually cut up something that came with it is likely not a significant number.

The sprites for the gopjil and nalgae enemies originated in a mockup made years earlier on how I would have redesigned smb1 sprites. 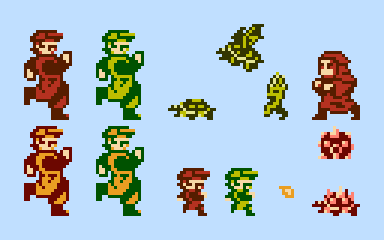 Quite pleased with the designs,  and deciding they were unique enough, sharing only basic concept  with their sources of inspiration, I knew I'd eventually use them for something. When it came time to add new enemies to the CGA world, I quickly jumped to these.

Rats and fireballs were also reused from my older work. This time, from my work on Pyronaut, an on-hiatus  action title I had been working on with Optomon.