Today I drew the Yeti from Final Fantasy 14. He is a huge furry beast that lives in the snow like any other yeti. He has sleepy looking eyes and two large tusks protruding  out of his jaw. I don't know much else about him because I never played Final Fantasy 14 but I just came across it on the internet and loved the design so much that I had to replicate it into pixel art! It was a pretty tough sprite to draw but I finally finished it and I'm very satisfied with the final result. I'm going to try to explain what I did to create it.

Start with the most obvious features. Giant Head, big tusks, sleepy eyes, and a large furry physique. These are the things that stood out to me most so I made a sketch. 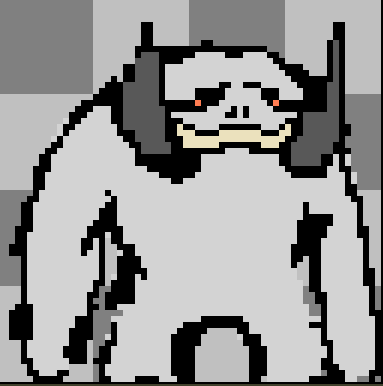 Probably the next key thing we need to draw is the fur but in order to do that, we need to do a little shading. Once we have a bit of shading, we sketch out little pointy tufts of fur onto the sprite. It's easier said than done but start by blobbing out some shading clusters, then take those clusters and make them appear jagged or wavy like fur. 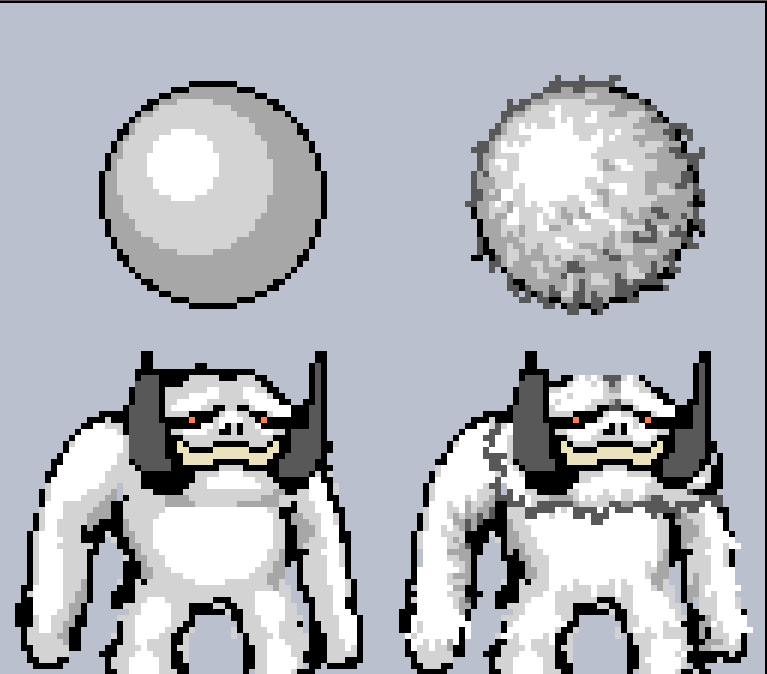 If you look closely, you'll notice a small detail: he isn't completely covered in fur. He actually has an exposed belly so I made the change. It's just a sketch for now but I'll polish it later. 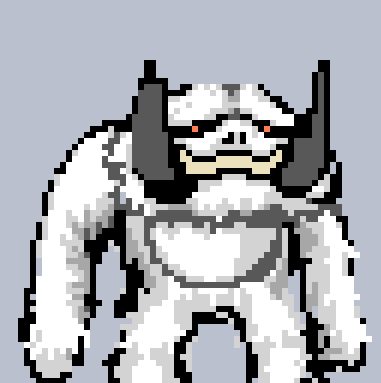 Yeti's are often depicted having white fur but that's just the generic color all yetis have in common. Yes they have white fur, but some also have a slight tint to them such as this one so I gave the sprite a slight cold tint. 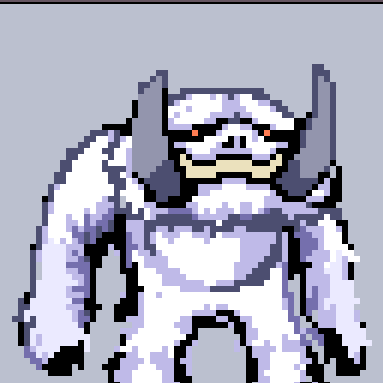 Now that we have most of the key details in place, it's just a matter of rendering them and cleaning up the sprite. This step took me a while so it takes some patience but it is the most important step if you ever want to finish any drawings you started! 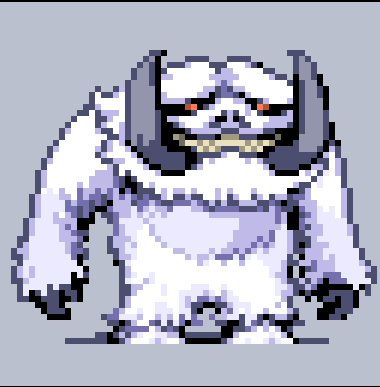 So this is my final sprite. The key take away I want you to learn from this tutorial is how to draw fur and notice how much of an impact color can have on your sprites. I feel like those 2 things had a huge impact on this sprite even though they may seem subtle at first. The same yeti was actually a major inspiration for my Yeti-shroom sprite I drew a while back!

There's plenty more things to draw and learn but that's all the time I have for today so I'll see you in the next tutorial!