Today we're drawing a Marlboro from the Final Fantasy series. It is a large green plant-based creature with numerous tentacle protrusions and a wide gaping mouth. Its name is derived from it's signature attack "Bad Breath". They have plenty of tiny sharp teeth and in some games, have eyes. If you want to read more about them, here is the link to the Final Fantasy Wiki. Let's begin!

For the sketch a 96px canvas should do, although we'll probably need to resize it later. Draw a wide oval shape for the head and give it a mouth. Sketch out at least 4 tentacles above it's head and imagine some tentacles beneath the creature.

It is green so we'll fill it up with that color. The eyes tend to be orange or yellow. The teeth can be composed of bristles or tiny shark-like teeth (it depends on which game in the series), I'm going with the tiny shark teeth. The teeth are mostly white but with a slight tint to them. 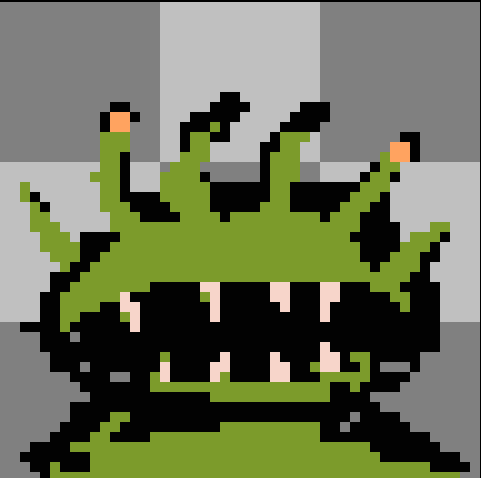 We can shade now, but it'll probably be a lot easier to do that once we have more of the details drawn out. There should be way more tentacles, eyes, and teeth than the amount I currently have drawn. 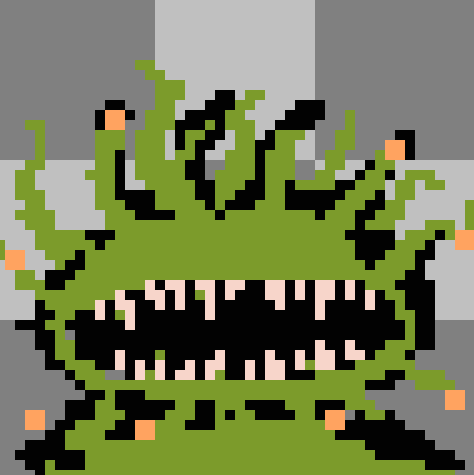 Now we can at least attempt some shading. I did it pretty loose for now but mainly I want to highlight the head and shade the tentacles in a way that shows them waving around. 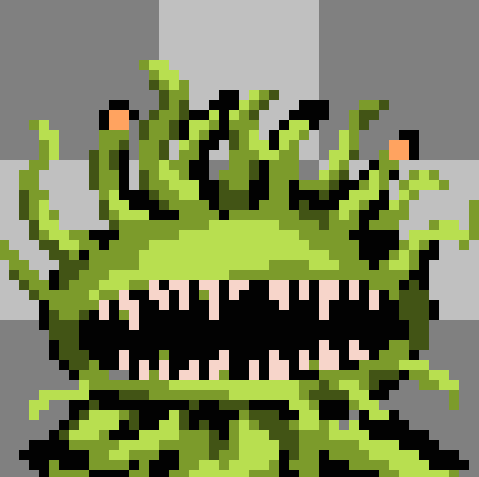 Sometimes as you're sketching out more details, you'll realize you want more room to draw so I expanded the canvas size just a bit and resized the creature. 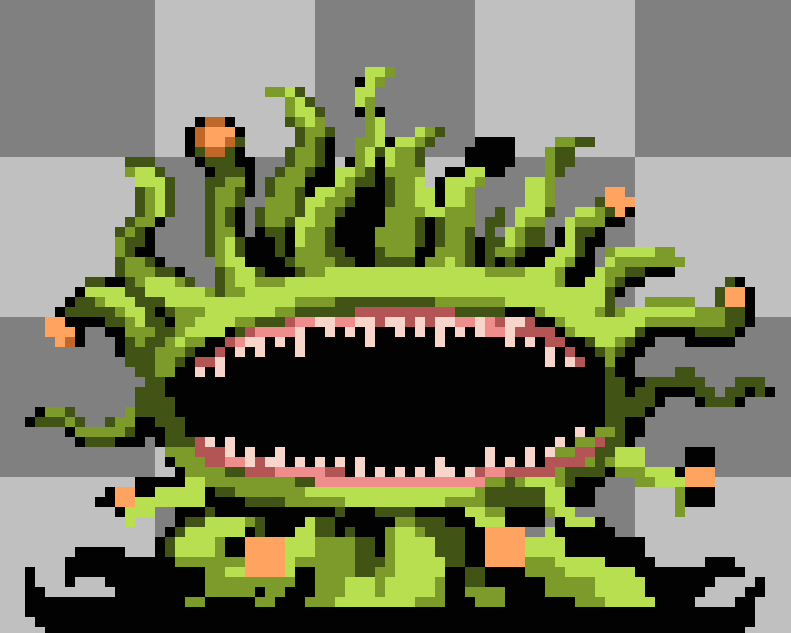 Now that we have a decent amount of canvas space to work with and most of the priority features are in place, we can finalize the sprite. This step takes a while but you can do it 💪! Make whatever edits you want at this point. I wanted to emphasize the numerous amount of wavy tentacles and eyes but also keep them somewhat symmetrical. I made the tentacles on its chin more visible. I added in his gums which you see with some of the original designs of creature. The teeth and now smaller and more numerous as well. The tentacles below are finally rendered out so it can squirm around. 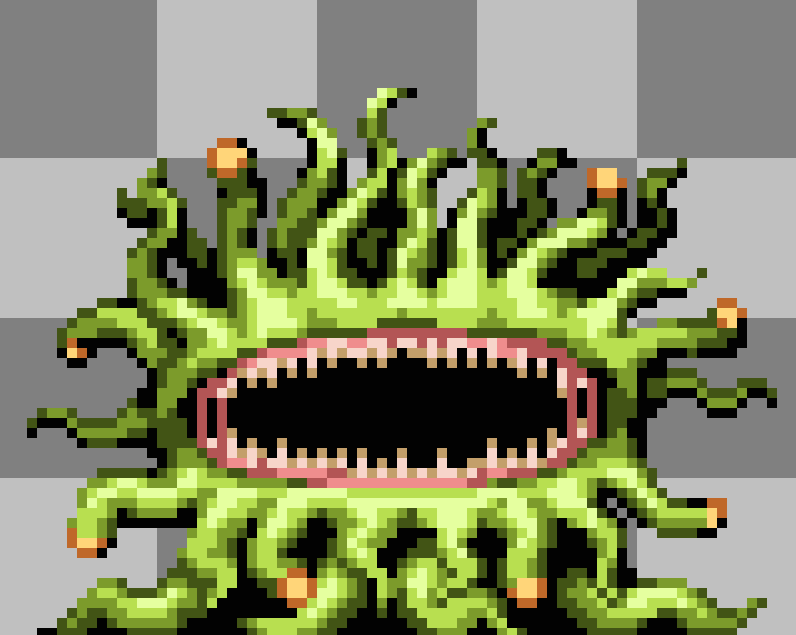 So this is the final sprite I created! Let me know what you think of it and please share your takes on it in the comments. The polishing stage took me a while but I'm pretty glad I did it and I'm satisfied with the result. It's much better than my older drawing of it this time around. Well anyway, that's all for this tutorial so I'll see you in the next one.