The Flesh Burster from the Darksiders videogame series is a large fiery zombie that will attack the player and self destruct when it reaches low health. I really liked the design so I drew it and thought I'd write a little about my process. In case you don't know what it looks like, here is two reference photos. 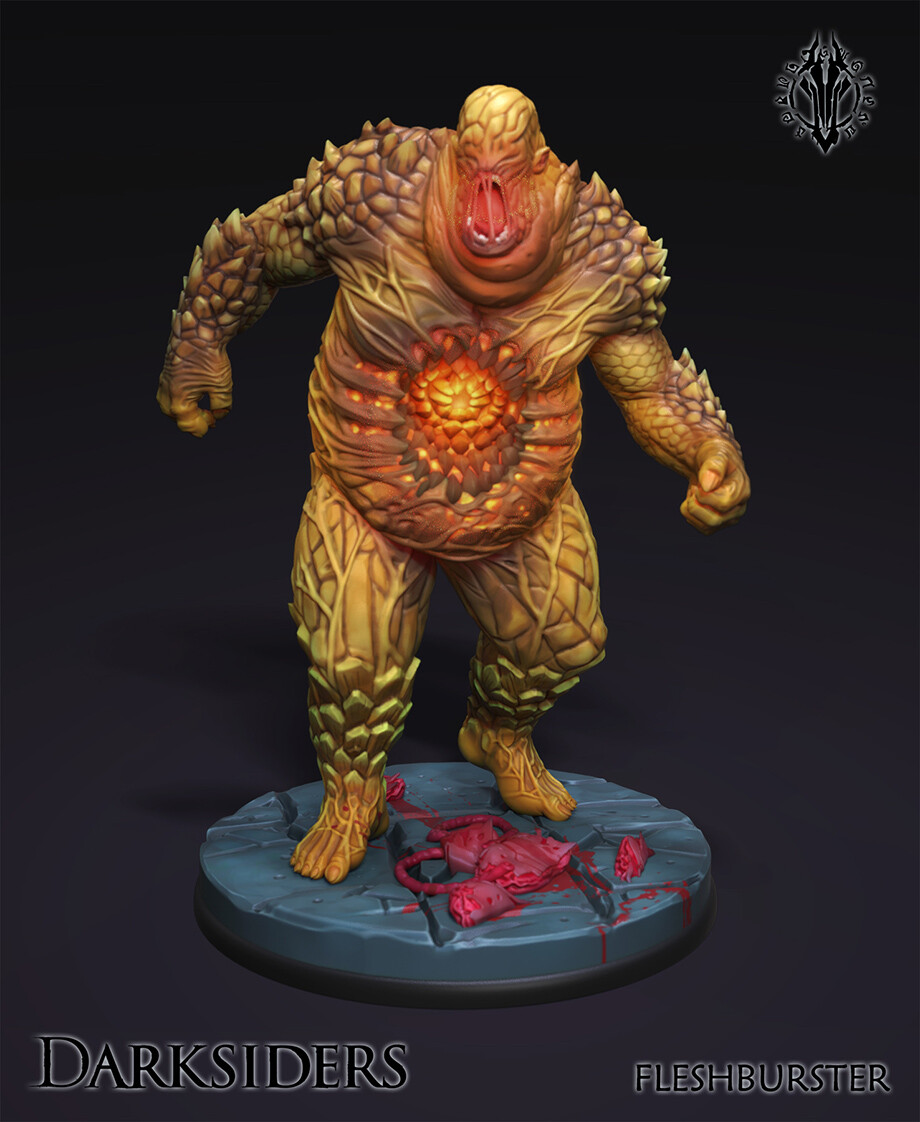 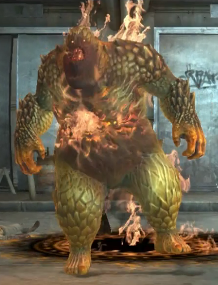 So I start with a loose sketch. I use sprites I've created for size reference. For big creatures like this, I like to give them a hunched pose, and this one in particular has a big belly.

Then I block in some colors and give him a simple face. I'll add the gaping stomach later. 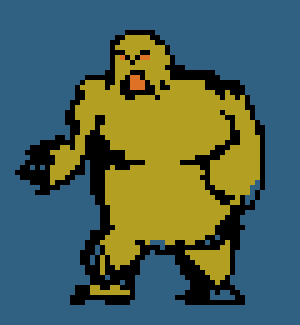 So the shading part is always tricky for me to explain but really I always use the same light source with each of my sprites so it's gotten easier for me but as long as the key features are highlighted and the light is guiding the viewer where to look, you should be fine. I want the viewer to immediately see the face, large arms, and round belly so those will be more prominent. 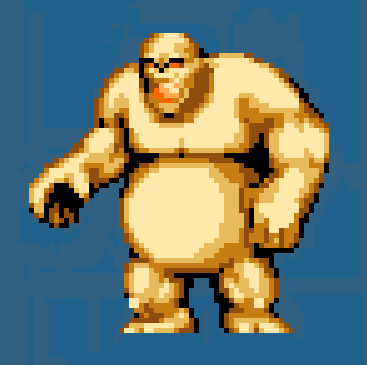 The gaping stomach has teeth-like structures that cave into his fiery core. I'll just start with a sketch and polish it later. 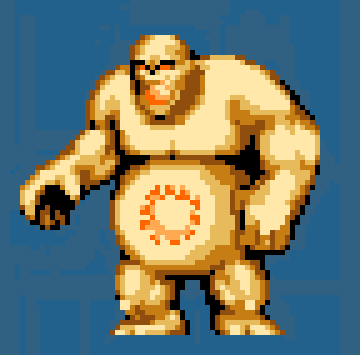 Now he really needs those scaly spike features on his upper body and stomach at this point so I'll add those in. Because I wanted his skin to look tougher, I gave him a shinier shade of color. I tried to draw a material sphere for reference in case you want to study it. 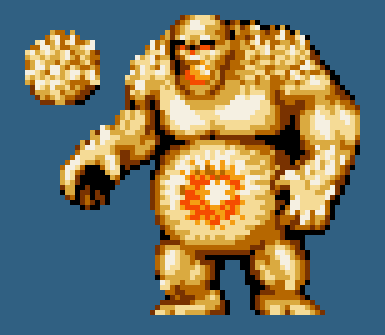 He's almost done, just needs fire. I kept the fire simple, it's mostly a reddish aura outline surrounding the sprite border with flames spiking up above his head. 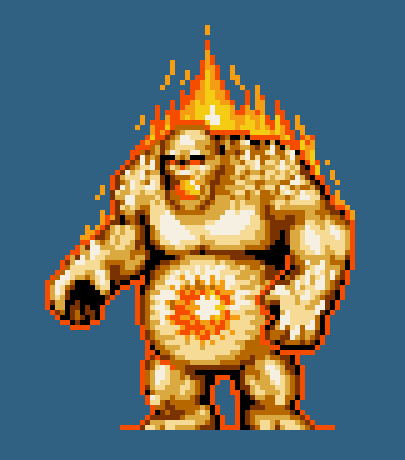 So that's it for this tutorial, thanks for checking it out. I'll see you in the next one.