Thank you for playing Chromaray, I really enjoyed the video! Can’t wait to see you play more 😊🐭

Thank you so much for playing Si7ruz, and for the video and comment. I really appreciate it. Really enjoyed your play through and can’t wait to see more 😊🐭

Thank you for playing TheFromzzz 😊 I am glad you enjoyed it 🐭

Thank you for playing Queen! 🐭

So glad you liked it Reaction Zero! And I loved the play through! 🐭 I look forward to watching you play the next chapters

And I am very much looking forward to watching you play future chapters, thank you for playing! 🐭

Thank you for playing Chapter One CptMysticYT, and I am so glad you enjoyed it! Loved the video!

Thank you also for letting me know about some slight lags, I promise, any lagging will be resolved in a future update 🐭

Thank you for the comment and for downloading the game. I truly appreciate it!

Good spot on the GameJolt link, this has now been fixed, thank you for letting me know!

Thank you for playing Cryptic, and I loved the video! Quintus definitely deserves some cheese 😋🐭

Thank you for playing, I loved the video, and thank you for your detailed comment here, I am really glad you enjoyed the game. I can say, I have a lot planned for our little mouse friend in future chapters 🐭

Thank you for playing my friend! I loved the playthrough, your videos are great! Can't wait to watch you play Chapter 2 🐭

Thanks to your playthrough I was able to spot the issue with the calendar straight away. It is now fixed and will be reuploaded. Thank you again!

Thank you for playing, and I am thrilled you like the game! Loved the Lets Play! Can’t wait to watch you play Chapter 2 🐭

Thank you for playing Jack, I will try to replicate that issue on my side and get that fixed today. Thank you for letting me know 🐭 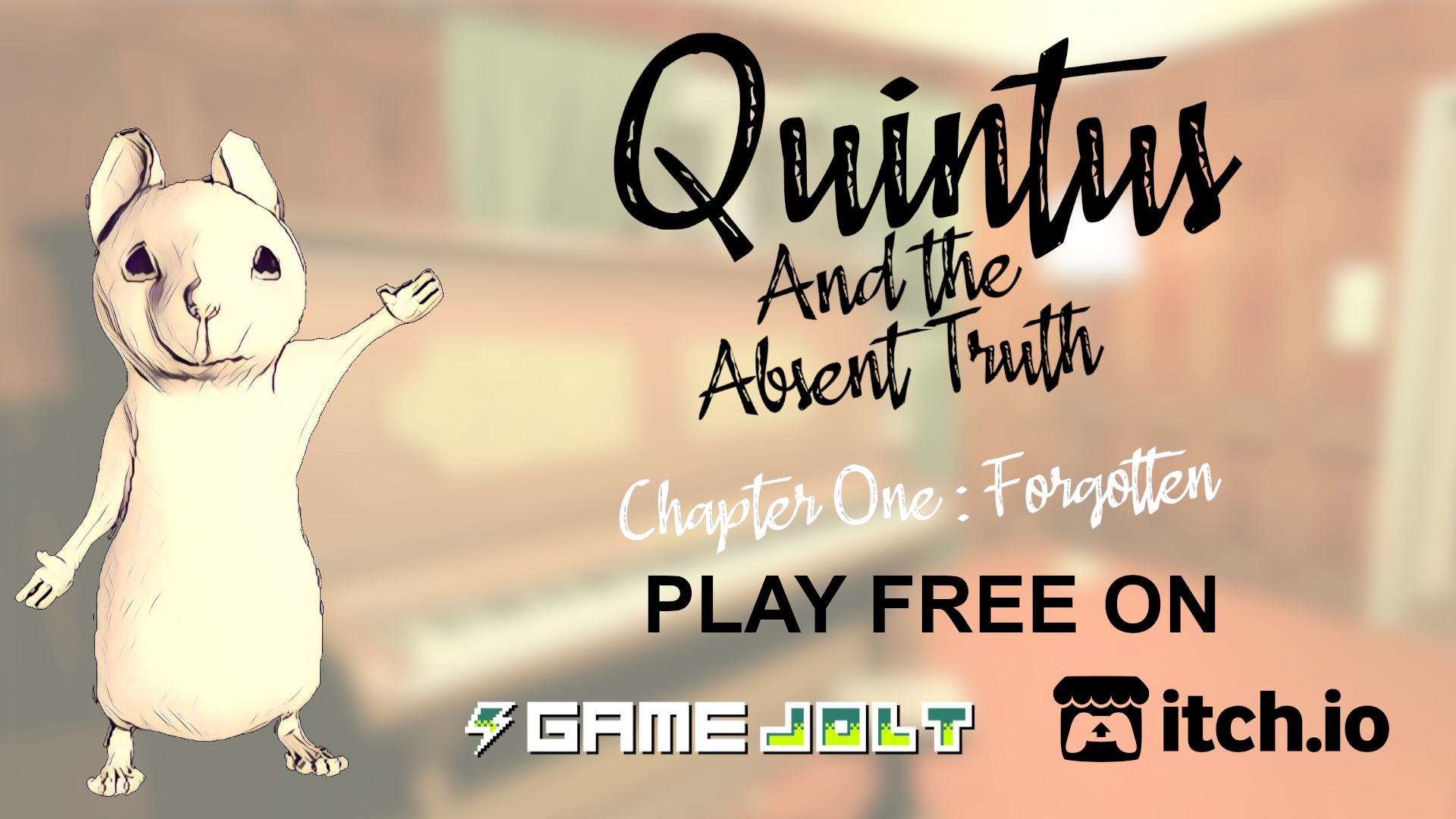 The first chapter of Quintus and the Absent Truth, the Horror-Adventure game about a Man and his Mouse, is out now and free to play on itch.io

In this first chapter we join Alan Shaw and Quintus as they try to find Alan’s Daughter, Lydia. It’s Lydia’s birthday but she is nowhere to be found, can they find her before she finds them? The first chapter is a short introduction into how the relationship works between Alan and Quintus, as this is no lonely Horror game, Quintus can help with puzzles and get to areas that no grown man can reach. Quintus is also the provider of Objectives, Tips and just to help keep you company when things get scary.

Come play with us Danny :)

'Museum' is a short Puzzle-Adventure saga. The games follow the Security Guard at The Royal Foyer Museum in England.

As you wake up from a quick nap, you notice all the security cameras around the Museum have been powered off, it's up to You to get the cameras back online and solve the mysteries surrounding the Museum.

'Volume I' consists of 4 exhibits, each relating to Ancient Civilisations - Hellada (Ancient Greece), Ancient Egypt, Roma and an Aztec exhibit.

In 'Volume II' we continue our protagonist's adventure as he tries to uncover the truth behind the mysteries of the Museum. We also delve deeper into Todd's past and discover the true reason why he chose to become a night shift security guard.

MUSEUM VOLUME I is now on itch.io

'ALASKA' is an adventure game developed by Orion Moon, the one man behind the indie studio at 'Wreck Tangle Games'.

The game gives players a week in the life of an Alaskan man who lives in a small town high up in the mountains. The town consists of 5 families, living in their own way, providing for themselves and for their neighbors. They all fish together on the rivers, skate together on frozen lakes, share their hunting trophies and enjoy each others company...

But their day to day life is about to change, when a body is discovered, murdered on the town's airstrip...

Who do you trust now?!

ALASKA is on itch.io now