I will buy this on the 3rd of November! Thank you for making this tileset for the 2 of us who were waiting and hoping for this! The set is awesome looking and definitely will work for me! Thank you!!!!

Same here! I too, would love a school set. :D I'm not on a time line though, but will buy it on the 3rd of the month, after it comes out.

Thanks! This game is my epic "Kyt Friendly" game, meant to give me all the things I've always wanted in a game, but others won't ever put into a game.  I like thinking over battling and questing over killing. I hope to figure out some mental challenges like in Lost Fountain, Forever Lost 1, Riddlord and Connect (a wire connection game). I'd do wire and water connection puzzles. OTOH, I also want to learn some foreign language phrases - Tourist level for now. I want to be able to collect cards, chess games and clothes and rearrange them. I want to be able to walk into any shop and buy, while conducting that purchase in whichever language amuses me at the moment.

I also want to be able to collect pages for sudoku games that are playable, and collect flash cards to create a memory matching game with. I've not figured out how to do that bit yet. I'm thinking I'd have to 'fake' it by having the flash cards tied to a specific matching game whose code was already made. (I forget the code I'm using currently, and don't remember how specific it was.) My JS matching game doesn't work in MV because the URL is the issue.  I'm not good enough to create a AI for a proper chess game. But, I do want to create Chess themed sudoku games, as I love them! I have Mega Sudoku bundle and Chess Sudoku on my phone. :D :D There is so much I want to put in this game, including cooking and role playing, dream library where books can be rearranged. I did make a dream library, but I'm redoing it, because I can't rearrange the books. I came up with that idea after I made the initial dream library. Easy fix. I'm going to have the books face out instead of spine out to make it rearrangeable for real (otherwise too small to see).

I intend to add in one element at a time. This epic game is being created such that I always have something I can play with the game as is.  I'll always be able to add in jaunting/teleporting, telepathy, telekinesis, traveling around the world, more puzzles and so on. I just have to be patient and create 1 puzzle thing at a time.  Easy! I've even figured out how to put in a Jigsaw puzzle. I'd use squares, but basically have it 'on your honour' to get rid of the 'checking to see if its correct' headache for coding. Less work. lol

No screen shots yet that include chess, but, I do have this one. 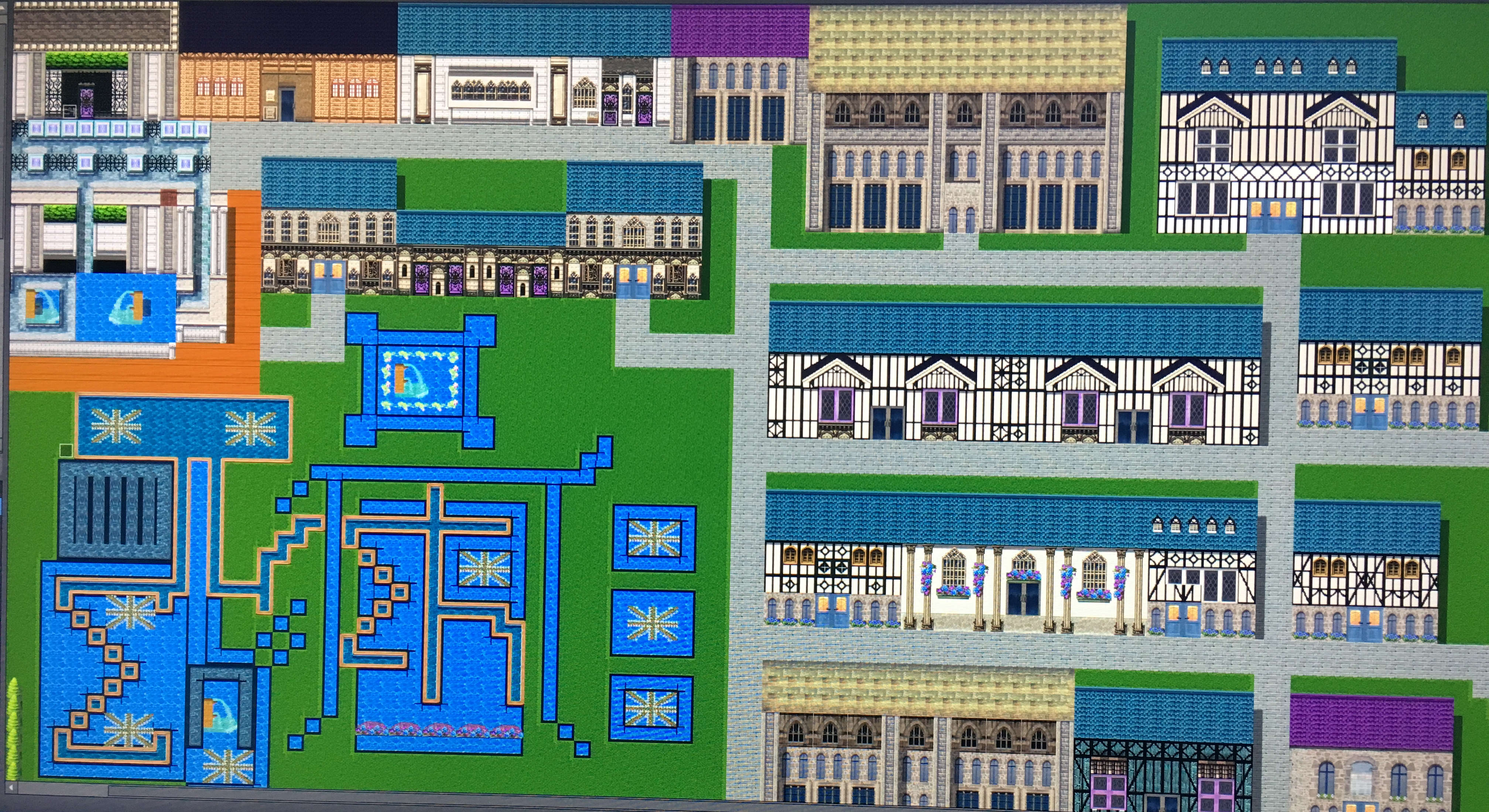 I'm making a "learn how it all works" game that can be expanded upon when ever I have a little time. I intend to make 2 versions - one that is all safe to distribute to others (no CR material) and then the one for me only with CR material in it that can't be used commercially.  The chess pieces I'm going to have on a table as if they play chess. Right now, I'm not capable of coming up with a Chess AI yet, but maybe in 5 years or so, I'll be able to figure that out. I'm using RPG Game Maker MV, so whatever resources I get, I just reconfigure to fit MV, or use on a Parallax map. Thanks!

.ps The 'buying it twice' is so that I can pay you what I wanted to pay you today and would have because I felt like it. Your resources are that good! Thanks!

Sweet! I just found out that I don't need to worry about what I do and do not download because I can still push the reddish button and pay after I got it without paying. :D :D I get paid on the 3rd. I just wanted to pay more then a silly $1. rofl

You must never had played around with Apple Basic on an old Apple IIe. We would use it to make structures of sorts. It was amazing! Not as amazing as these though. Images uses to be made by using straight up code and math.

August or September I'll buy this for $20. I have it bookmarked!

Thank you for allowing free as well! What I intend to do is by July 5th, get the $10 bundle for $10 but also before Christmas, pay $20 on the Basic chess set to make up for what I could only pay $0 - $1 for this month. I don't mind buying the same resource twice if the point is to pay you for what I couldn't pay you for before.