GIF
Space Prison 0.9
Show me who you are. There's nothing like being in a cosmic hell to help you figure out who you are.
Ubarefeet
Role Playing
Apprentice
Played in Detroit? In this game, your choice will really affect the game, and the exciting world will make fantasy soar.
Ubarefeet
Visual Novel

The game is still not ready to finish, but you correctly noticed the basic concept of the game. The final version of the game will have a list of all available endings, so you can see which ones you have opened and which ones you haven't. Well, for those who really follow the game and want to see how it develops, I advise you to visit the official website and Twitter. On the site you can find something like a bestiary, as well as a walkthrough, and on Twitter new art and my posts.

Emmm...You only need to enter the code if you have finished the game with the ending where Samantha becomes free. she tells you that it is on the site. It`s here: ubarefeet.ru

You can try new version. Is it have same error?

Hmm, strange, you are the first to report the problem, maybe it appeared in the latest version. Try a new one when it goes public.

I'll check it. It is a pity that I do not have the opportunity to try it on my PC, since I have windows. At what point does this error appear?

It's because of new engine, I'll try to fix it new version. Trust me the game is clear.

Not yet, but they will appear in one of the final updates.

I have no doubt, but unfortunately I make the game alone and I don't have any good artists in this genre, so I have to try myself.

Thank you :3 New version is already available for Patrons

It's good to hear*_*! There will be a new update coming soon so don't relax)

Just start at the beginning. And I wrote the password for A-22 below.

There is a short description with hints on the site. Ubarefeet.ru

Thank you. In reality, the next games will most likely differ in genre from what I am currently doing, for example one of the games will be released on a different engine altogether, so I think it should be interesting, but I really have a lot of work now, such as adding a gallery and a lot of things, you need to really try, because you need to come up with and plot, write characters, draw all this (perhaps for me this is the most time-consuming) and doing all this alone on a laptop is rather difficult, so I accept any support in my business, including and positive comments that help too.

Hi, unfortunately the qte mechanics are not adapted to Android, so... You'll have to try it on a PC. In the next games, I will get rid of this mechanic.

Influences, in addition to replicas, the scenes will differ in that you can dominate, both over her, and obey. you can also agree to call her mistress and in the future it will also have events (not in this update, since there is no third meeting)

Weird... I checked, the file is in place and everything works for me, I will check after the update on the Android device, maybe the bug is in the phone. And at the expense of adapting QTE, if I do this, then at the end of the game, when all the code is ready, as well as the translation, since the game is primarily on the computer. Now the problem is solved by simply clicking the Ignore button in the console that appears. The image looks like this (attached file), the girl's character just leaves the frame.

In any case, thank you for the detailed description, now I at least understand what to fix. Do you have the same problem in the new version? 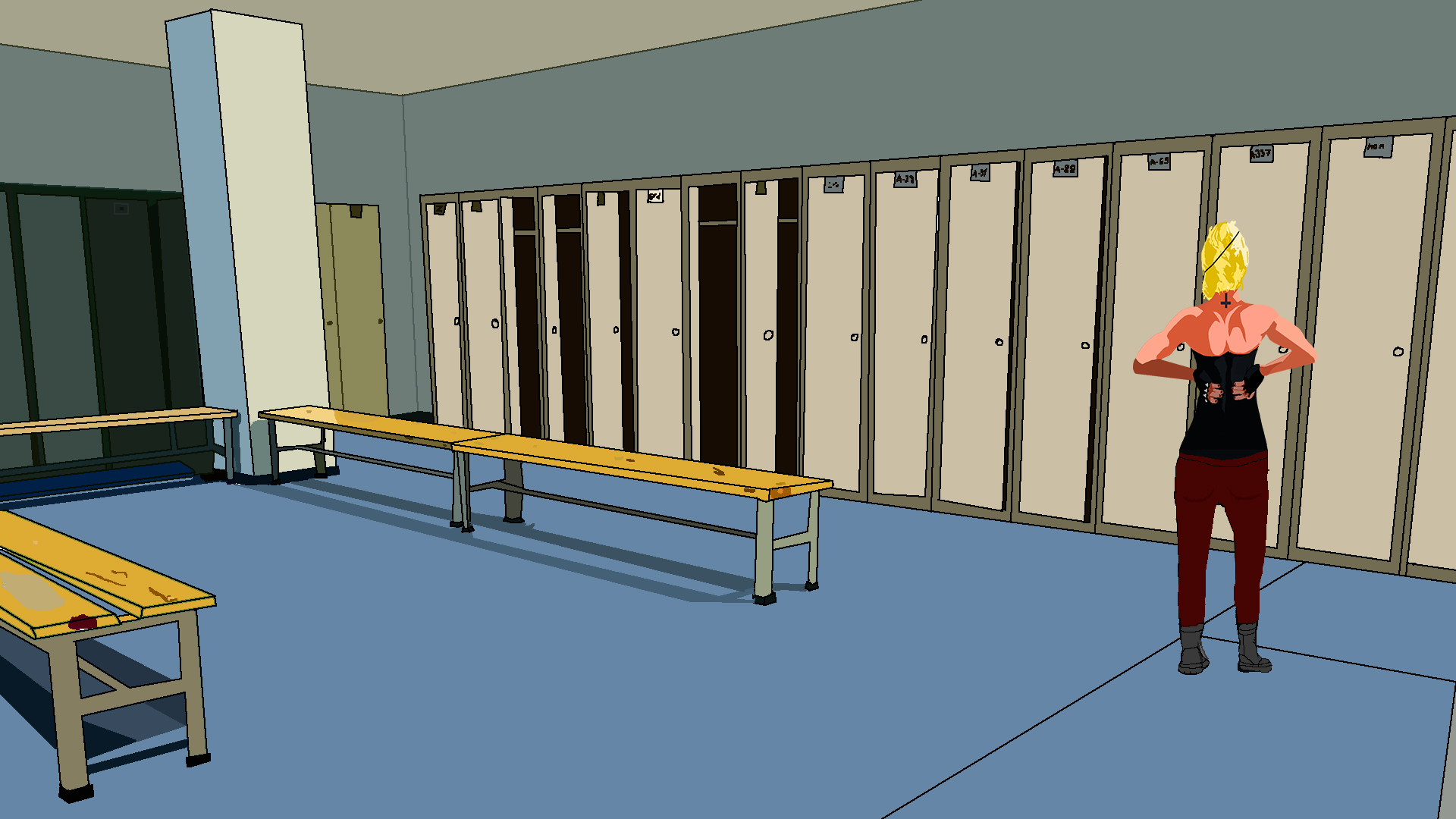 As for the shower scene, to be honest, I don't understand what it's about, it would be better if you described the bug in more detail, but with a QTE event... to be honest, it is quite difficult to adapt it for Android, but I will try to avoid this mechanic in the next update. Thanks anyway, a new update for Patreons will be released around the 20th, and towards the end of the month for everyone, endings with Sarah and Lilith will be added, as well as a new branch with red skin. And something else...

Thank you I am glad that you are happy with the game, I understand the frequent complaints about drawing, but unfortunately I can't afford an artist yet, so I do everything I can and accept the help of those who are willing to help me.

There is a small one on the site ubarefeet.ru

Can you drop the error text here? If this is true, then I'll fix it.

No, you can choose shower or something else on the screen. 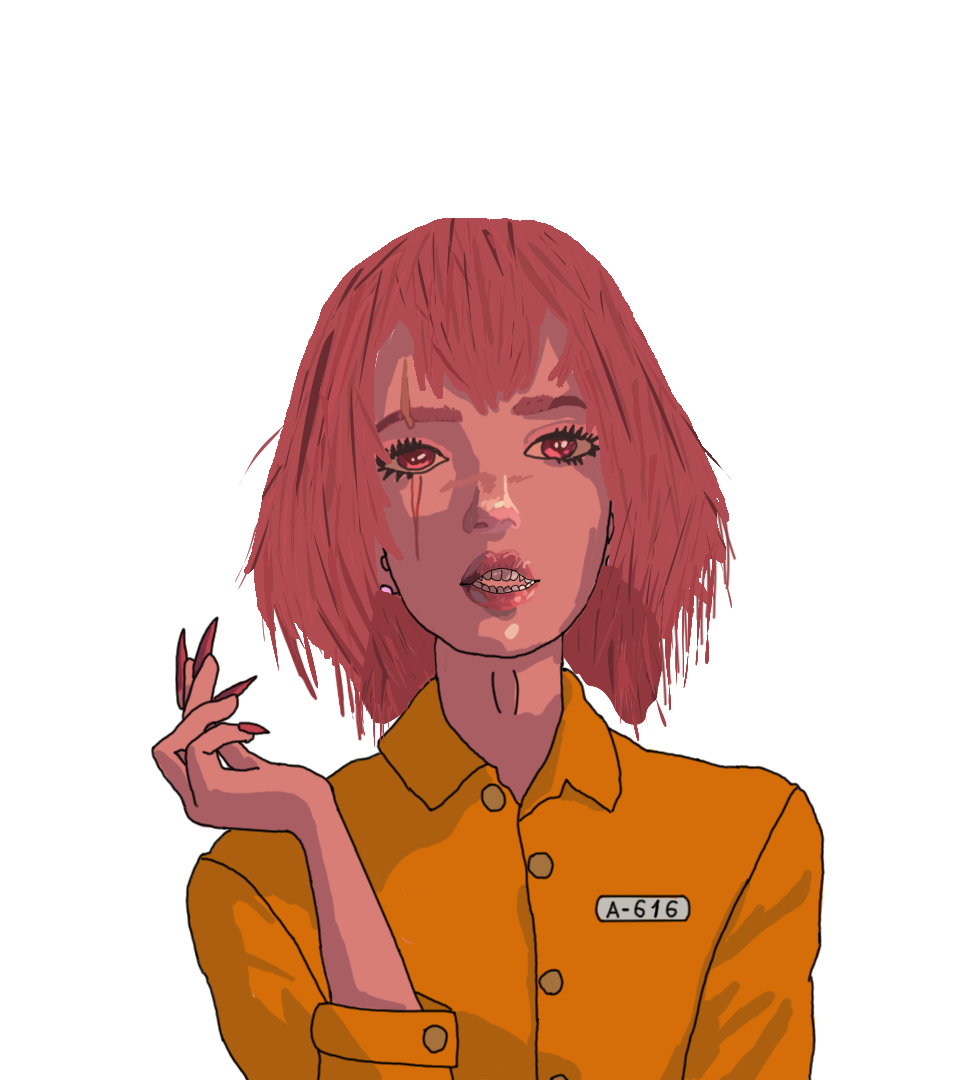 the third day. Gang leaders meeting, you crawl under the table and please her. the next day when mother Russia asks where you want to go, you say that to the head of onlookers and you get to her. you'll figure it out there.

So, first of all, thank you for the big, detailed answer. Criticism is the best reason to move forward, not to please everyone, but I try. So, in order.

1. Writing the text. I know exactly what you're talking about. Errors, crooked wording, and long sentences without time. Unfortunately, my native language syntax is very different. A banal example is the simple phrase I love you! = I love you! = Я люблю тебя! I can say in Russian: Я ТЕБЯ люблю! or Я люблю ТЕБЯ! or Тебя люблю Я! And in English, unfortunately, the wording is the same. In addition, long sentences are rare in English, and in Russian long sentences with lots of commas are the norm. I have a text editor, in the new update, which will not be released until the 30th, I did a lot of work with it, but only in the first Chapter. Well, a little in the second.

2. About the dominance part. I understand perfectly well, now there is a scene in the shower in which the girl licks the main character's pussy, but otherwise everything is just contained in the dialogues and attitude to us. However, this does not mean that they will not be there later. The game will be bigger, much more, and it is extremely variable. There will be more and more endings, and believe me, in the future, the dominance will be more pronounced.

3. Drawings... I am well aware that this is a weak part of the game. I do it alone. There are no artists, there is a person who wrote a couple of musical compositions, but there are no artists. To be honest, I often draw art, since I can't draw using references as the basis, I don't take them, but redraw them. It also takes a lot of time, and it's probably obvious that making such a variable game and drawing everything yourself is quite enough... It's hard. Truth. I am thinking of using the services of an artist, but only in the next project.

4. As for the fourth problem, it might be better if you sent an error report or attached a screenshot so that I could understand what exactly is going on and solve the problem.

Thank you for your feedback and have a nice game)

I saw your game more than a year ago, I will definitely try it soon.

Soon you will feel how much it will go further by playing the new update, which I am trying to finish as soon as possible) To follow the latest news you can subscribe to patreon or Twitter

I don't have many versions of my own, so now I'm improving my skills, do you think I should try this version or wait for a new one?