why are you replying to a 2 year old comment

It appears that one of the fonts are broken. I don't really know how to solve this, as it works when I run it locally. If anyone knows a fix please tell me. 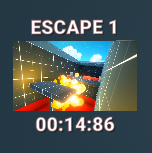 Did you use that glitch where you grab the shotgun by running up the pole that the platform is on?

actually that's not even the world record. Cannalyst has 3.94 seconds somehow.

at least I have the world record for sky 3 ;J

What is your technique? 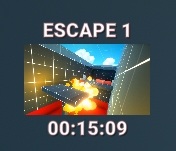 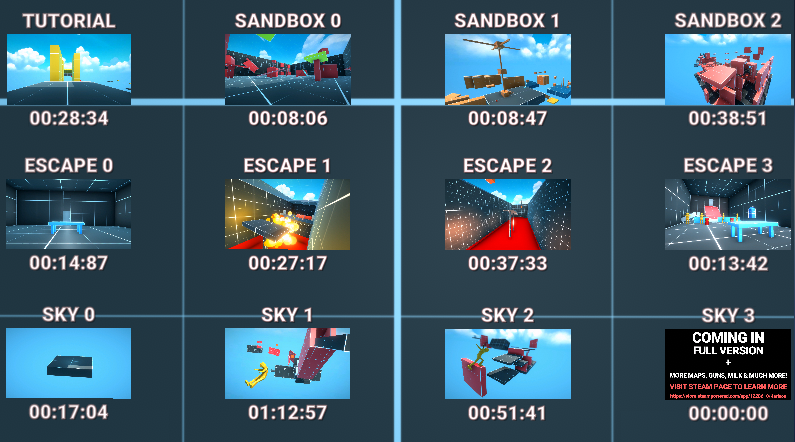 Ah, I'd think so. Thanks for telling me

My best using the Rocket Launcher.

Vulkan requires additional and lengthy programming, I'm not so sure if you have to create entirely new shaders for it, as Dani is using Unity, but I believe Vulkan and OpenGL use completely different programming languages which may make it harder to program.

I do agree with your suggestion, but it's often best to know what developers can and cannot do. I have no knowledge in Dani's programming skills, but I am certain that it may take a while for him to do this.

Reply
KARLSON community · Posted in Someone Help
TundrumMax1 year ago

It seems to be a WinRAR problem, not a Karlson problem. Maybe try reinstalling WinRAR?

In the first room, it says that you can pick up objects with mouse1, however it is not very clear what mouse1 is. I assumed it was the left mouse, but that just fires my gun. Could you perhaps make it a graphic showing which button we have to press?

Also wall jumping isn't very well explained, maybe consider making the tutorial a bit longer, I kept jumping as soon as I touched the wall because I held space.

Key binds would also be amazing, cuz I'm used to using shift to crouch/slide, so it would be easier to use shift than ctrl.

EDIT: am now in room 2, and I keep accidentally wall running even though I'm trying to land on a platform. Maybe make wallrunning only happen if I'm holding jump?

Movement is also very slidey, maybe increase the decelleration when I'm not holding anything? I keep falling off platforms.

EDIT 2: realised you can pick up objects if you dont have a gun, but the force is incredibly weak. also please allow us for higher mouse sensitivity, even 3 is too low for me. We also have no way of easily checking to see if our configurations work, maybe make the options a room itself? Could be fun and useful at the same time. Also, the slow motion vignette effect seems to cut off for large screens. 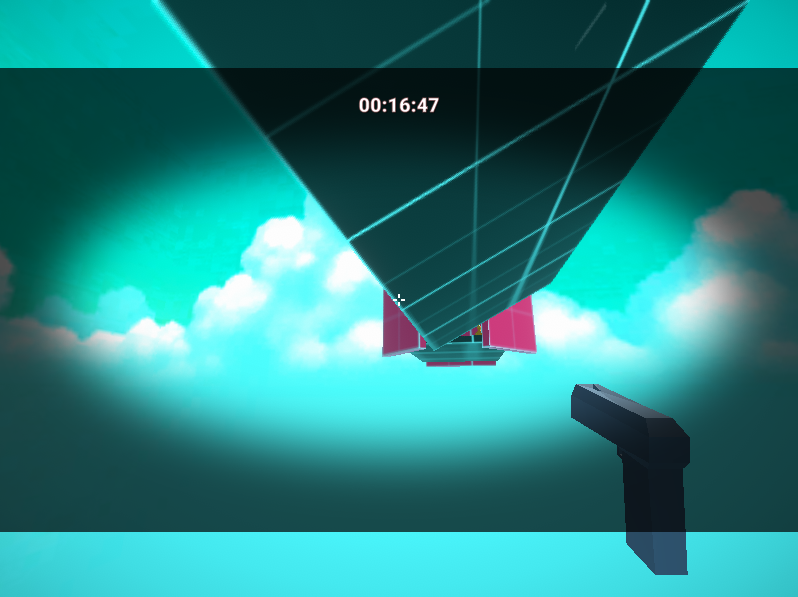 In map Sky 1, the first guy you come across shoots too quickly, sometimes I'm shot as soon as I get there. pls nerf.

In map Sky 2, the rotating room is too disorientating, and its very hard to see where you're going to land when you get out. If you try to exit the spinning room, you will immediately die as you fall to your death because you literally cant see anything because the window is too small. many players will get here and not know what to do because they get killed by the two enemies standing outside, and they will mostly likely fall to their death no matter what they do, as they keep accidentally walljumping off the side of the window frame. srsly? the window frame? These players will also constantly fail to reach the two ramps on the sides to wall jump off of them onto the floor, which makes it the hardest part of the map.

In map Sandbox 0, the movement is too slidey to actually get anywhere, and I had to rely on cheap tricks to beat the game. Tricks of which you probably never intended. It's also not very clear how to get to the end, as there's no clear path to it, and you have to be at expert level to time your wall jumps perfectly. And this is only the second room in the entire game!

Sandbox 1, you have to climb up awkward walls and platforms, all the while you're constantly sliding about and dying. pls nerf, also shotgun is not BOOM enough. pls buff.

That's about it for now, cya

As I said on YT: "It lags even on potato mode, can you add an option to disable reflections and other graphical features?"

I watched a video from below this comment, it seems that i'm supposed to press right, and confirm "yes" but there wasn't really an indicator that you had to do that.

I also can't see any stats, am I doing something wrong? I learnt the skills, but nothing happened. I'm really confused.

I'm stuck on the "press enter to go to last checkpoint". Enter just opens up a menu to either continue or restart the cart.