Go on a Side-Quest: Delving Without Dawdling
A TTRPG rules hack for short-form adventure, for when you don't want a side-quest to take over your whole session.
Max Johnson

This is a hack for Tabletop fantasy RPGs with rules for skill based (D&D, etc) or Dungeon World systems.

Do you long for compact side-quests that do not derail or take up the whole session, but still have interesting and impactful outcomes?

This module streamlines goal-oriented side-quests into a 15 minute resolution, while still making room for in-character roleplay and interesting consequences.

Check it out! Pay what you want. 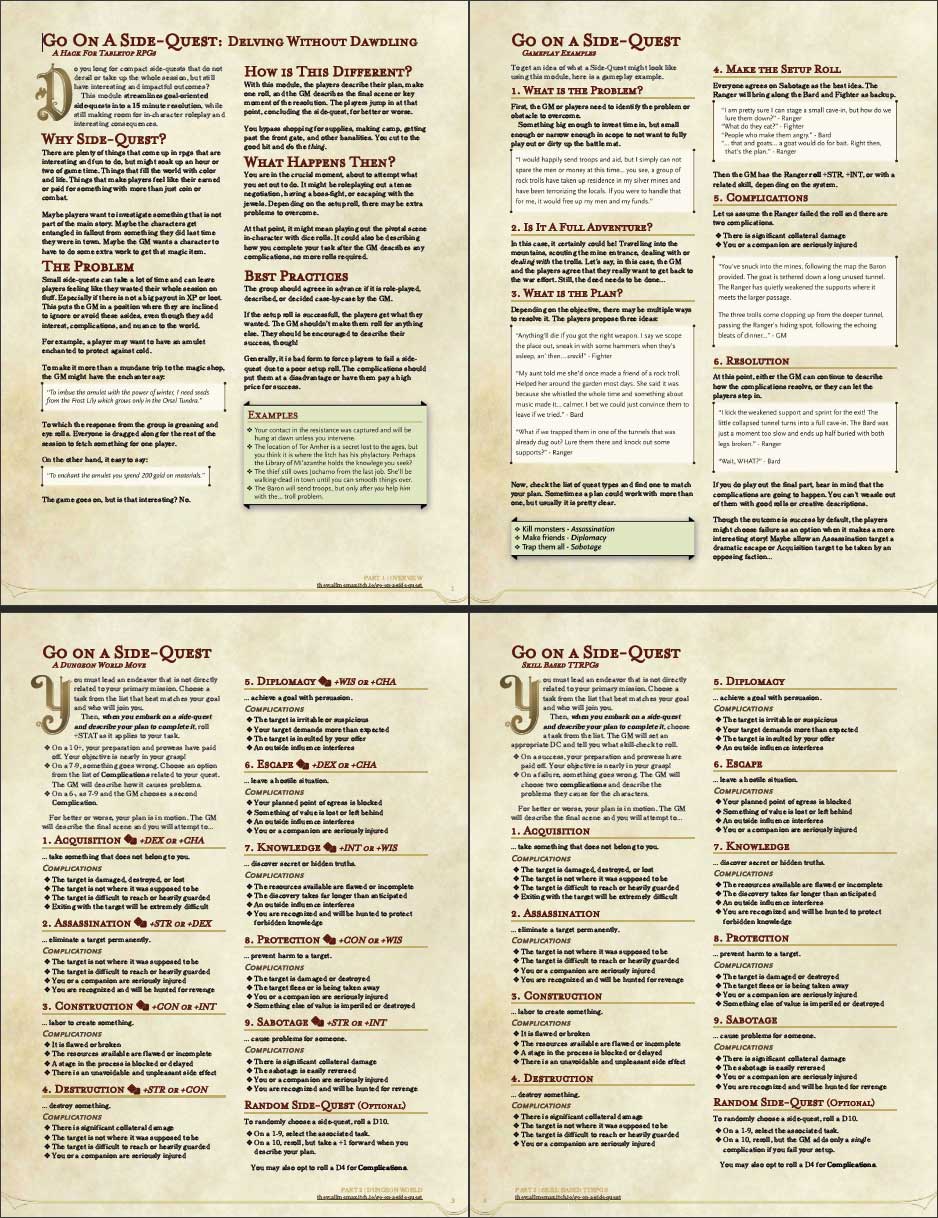 It's rare I comment, so when I say this is worth your time and money, I mean it. For me, this was essentially a dark space/fantasy focused version of what I really wanted the game "Fiasco" to be.

Super short summary: Played with 2x others via zoom and shared google doc. Used tarot cards and played spooky jupiter sounds via youtube. Broke time and space in under 2 hours of AP. 11/10. Will horribly maim and discororate explorers again.

Not sure how much replay value solo. At least a few plays.
You gotta want to see bad things happen to get the most out of this.
Our session reminded me of the movie "Prometheus" but with less stupid and more oppressive pseudo-science space religion.