Star Quacks
Quoggers
Tanicorn
Say Cheese
ALIENS!? COWS!? CHEESE!?
Tanicorn
Action
Origami
Roll the dice and see what you get! A short game made for the GMTK 2022 jam
Ben Drake
Platformer
Play in browser
Treasure Hunters
Play in a competitive, multiplayer sandbox game where you try to find the most artefacts.
Tanicorn
Cat Game
A puzzle game about re-uniting a cat and their owner. Control two entities at once in a dangerous labyrinth.
Tanicorn
Puzzle
Play in browser
GIF
D-Faced
Welcome to D-Face, Everyone is the same, Everyone is happy
Tanicorn
Platformer
Defenders of the Harrowed Gates
A spooky tower defenders game featuring devils and angels made in 48 hours
Tanicorn
Strategy
Play in browser
You Are Alone
Brackeys Game Jam 2020 Rewind - Horror/Mystery Game
Tanicorn
Arena Trials
Fight in an arena against various monsters with classical RPG like characters.
Tanicorn
Fighting
Play in browser
Stayin Alive - Download
This is the downloadable version of my game... i don't know how to do it any other way
Tanicorn
Rhythm

The 'Music' is a masterpiece fraser

Haha, no worries. Once again all your points make sense. Whatever I said, just take it with a grain of salt because this is an amazing game, it was so good I added to my little community post showcasing some awesome games. If you're interested in other games that are on your calibre  https://itch.io/jam/brackeys-8/topic/2329612/criminally-underrated-games-you-should-check-out

However regarding the danger points, just a suggestion. Instead of putting them on the map, you could make audio cues with 3D sound. So when you walk into the corridor after inputting the code, a sound of a monster plays on your right making you look at the monster coming from the right. A checkpoint could also be placed at that point.

But I'll have to check out little nightmares. Is it a steam game?

Hey Shifty. I assume this is your first game? If so CONGRATS! It's well done, and it looks like you're on a good track to do more.

Some tips for general gamedev:

Keep up the good work.

Downloading it now. Excited to try it.

If anyone has any other good games to be added to the list. Comment them, I'll check them out and see if they shall go on the list

Reply
Brackeys Game Jam 2022.2 community · Replied to Neon Blue Studio in R4R is quite common it seems
Tanicorn92 days ago

Reply
Brackeys Game Jam 2022.2 community · Replied to styloo in R4R is quite common it seems
Tanicorn92 days ago

Forgot to reply here, sorry for the ping.

Reply
Brackeys Game Jam 2022.2 community · Posted in Looking for games to play this end of week (Business is business)
Tanicorn92 days ago

I've played quite a few games now and have made a post on the absolute best games you should try out. They are actually amazing and would make great content.

Would appreciate if you'd check mine out as well, but I'm only looking to get some ratings to average the score.

Reply
Brackeys Game Jam 2022.2 community · Posted in Send you game here and i will try to rate it.
Tanicorn92 days ago

Wow this is an amazing game. The polish on this is phenomenal. Honestly there is not much I can feedback. So whatever I say here just take it with a grain of salt because the game is really good already.

Amazing game! Will be following you to see what you make in the future.

Well if it went wrong once, we gotta count it on a list of bugs lol XD.

Oof, we were so sure there wasn't any bugs. Programmers curse it seems.

If  you could, in what way was the movement not good?

The game is good albeit a bit too hard for me.

I think this game would really be top notch with a controller!

Reply
Brackeys Game Jam 2022.2 community · Replied to Late Night Studios in R4R is quite common it seems
Tanicorn93 days ago

Definitely a nice indie horror you've got there. Thanks for the review and keep it up! I'll be following your team to see what you lot do.

Thanks for the feedback and lovely words!

This game was just really solid!Loved the whole vibe, the assets, and game loop.

I was just not a fan of the slow movement and wished I had a way to speed up although I understand that it would break the feel and flow of the game somewhat.

What would be cool, is that when a neighbour is dead, change what it says on the post box. 'This belongs to John' -> 'This belonged to John'. It's not much but I really like details like those.

Skipping dialogue so it shows the end would be cool.

It was definitely my most random game I've done so far.

I'm guessing you got the first cheese easter egg, which is simply throwing cheese at the door ;)

Thanks, we treated this as a 72h jam since all of us had commitments, so we wanted to make something fun, laidback and polished.

I am just speechless. This was done in 7 days. AND IN UNREAL! I have to ask, how long have you been making games?

Honestly what I like to do is give feedback and report bugs when I write these but I found nothing and there's not much to feedback. The game is just so well done.

The ONLY problem is that not enough people are playing and rating this game.

My only feedback is that for the final boss, it sometimes felt I should hit it when I couldn't(I was hitting it from above when it was crawling around. Sometimes I fell through it but felt as a player I should be hitting it.) 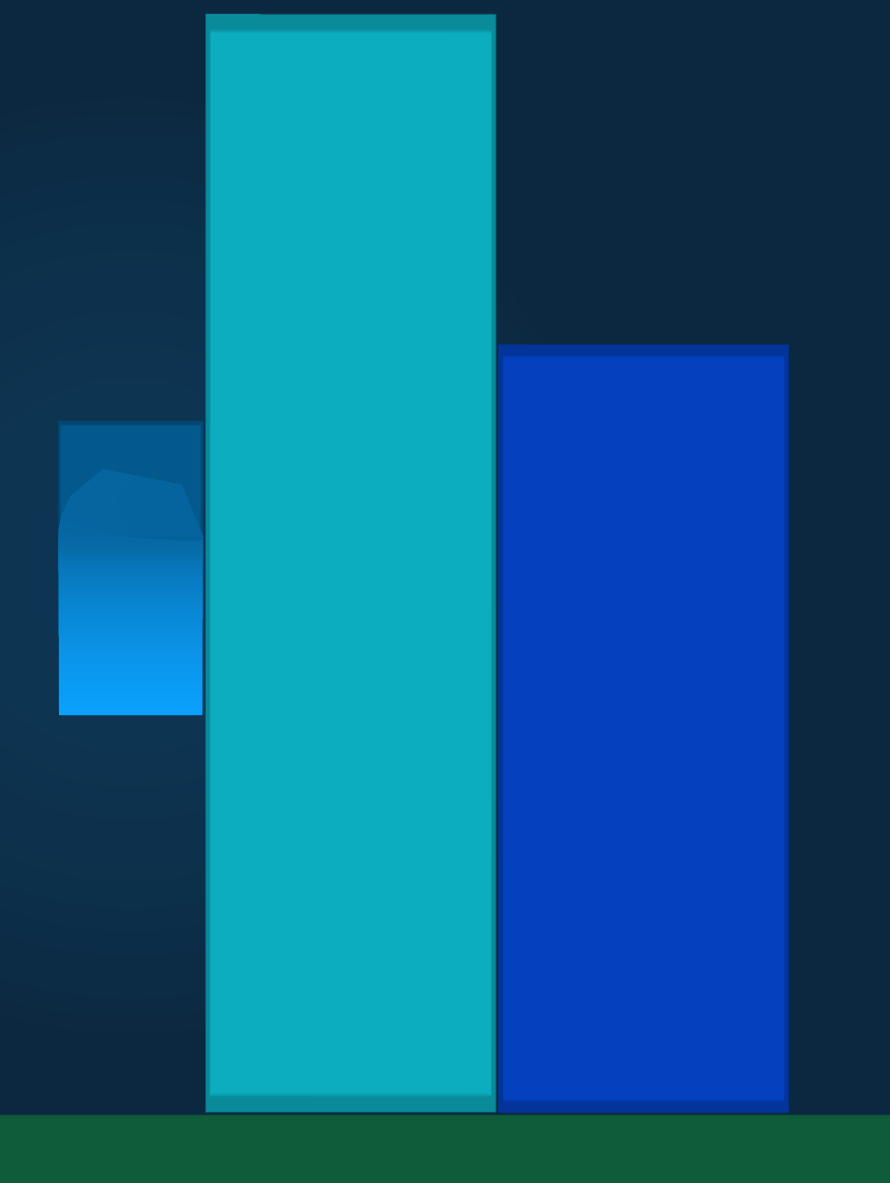 As you can see it was too late

Nice little platformer, but lacks quite a bit of design and feel.

But overall nice job! I would recommend you check out the hit Indie game 'Thomas was Alone' your game definitely reminds me of that.

Also thanks for adding a quit button. I'm getting tired of bringing up task manager for every other game.

Reply
Brackeys Game Jam 2022.2 community · Replied to Coravex Studios in R4R is quite common it seems
Tanicorn96 days ago

Yours was a nice, simple and fun game to play. Hope you will end up checking ours out.

It was a really fun game. II loved the minimap at the top.

I would suggest that you allow some time at the start of each room for the player to survey their surroundings, or have larger rooms/better placed enemies. As sometimes when I entered the room from the bottom or top, I would immediately get hit which was quite annoying as I couldn't predict nor do anything about it.

I loved the transition from the top to bottom and the effects applied. Personally I quite liked the design of the entire level, it felt really well done despite me not being able to see much of it.

Reply
Brackeys Game Jam 2022.2 community · Replied to StefGrizzly in R4R is quite common it seems
Tanicorn96 days ago

Hey stef, it was a really well designed game. I managed to complete it and it was a nice and short experience.

The game was pretty fun to play and nice and quick. The art was good and the post processing, using chromatic aberration really fit the style.

Reply
Brackeys Game Jam 2022.2 community · Replied to Quantumware in R4R is quite common it seems
Tanicorn96 days ago

Played it just now! Thanks.

Thanks for bringing a maze game into the mix. However I didn't enjoy it too much, here's some things from me:

But overall, I'm impressed with the features list and work put into this. The health bars, fps shooting, cutscenes, enemies, level switching have been well done and there were no bugs that I encountered.

Thanks for putting in ESC to close the game! Another win for not needing to bring up task manager.

haha, no worries. We wouldn't be game devs without running out of time every game jam or 2

Hey HoleyGhost. Thanks for the review. Now that two people have talked about the range, it will definitely be something we look at later.

Haha yeah, our code pretty much meant by wave 7 the manager will spawn spaceships = cows. We'll definitely be changing that.

I was thinking of making a difficulty selector with different map sizes later down the line. Would you say that this map would be classed as hard or medium?

This was amazing and super fun to play.

I would say the only thing is that for me personally, the mid levels felt easier. For example with two of them I could run straight to the exit from the beginning.

And a press Esc to exit the game or pause it to the menu would be nice rather than another task manager.

I've been playing a few games and there are some games which just aren't being rated but I feel that they deserve some more recognition.

I'll be adding more as the voting period goes on and as I play more.

Upvoting this post would be appreciated so more people can see this post and play these games.

'Granny baked you some cookies' A great little creepy horror game. I enjoyed the hunt a bit too much doing running commentary... I don't record.

What an amazingly polished creepy story game. So good, with pseudo audio dialogue, a good followable plot. I didn't think a maze game would be fun.