The Tomb of Tshamathan
A one-page pamphlet OSR dungeon
swammeyjoe
When the Broadswords Sing
An OSR Micro-RPG inspired by Knave and Barbarians of Lemuria
swammeyjoe
Round Table - A Tabletop RPG of Heroic Chivalry
A tabletop RPG of Chivalric Action (inspired by Gumshoe, Fate Accelerated & King Arthur Pendragon)
swammeyjoe

Love it! Do you have a PDF version? The images are a little cumbersome to reference.

Looking forward to running this! It looks excellent from the brief skim I've given it.

Had the same issue, contacted support. Hoping they add it to my dashboard soon.

Thanks so much for the feedback! Glad to see you enjoyed it.

Any uupdate on a print version?

Amazing product as usual. Will be ordering the print version soon.

This is wonderful! Two questions.

1) Can I use maps created with this tool in commercial products? Likely just Mothership adventures posted here on itch for a buck or two.

I love it! What font(s) did you use for the Bone Carver section? 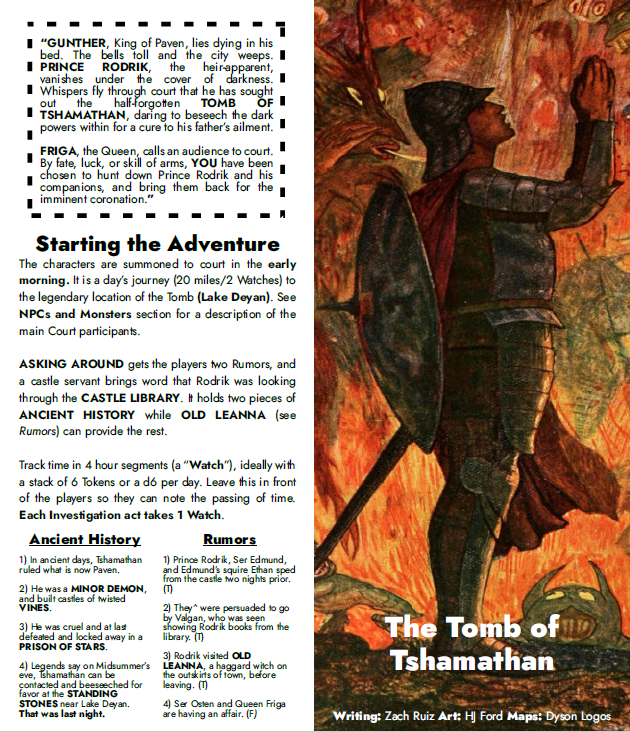 The Tomb of Tshamathan is a one-page, tri-fold dungeon crawl for 3-6 Level 1 PCs using any OSR system.

GUNTHER, King of Paven, lies dying in his bed. The bells toll and the city weeps.  PRINCE RODRIK, the heir-apparent, vanishes under the cover of darkness. Whispers fly through court that he has sought out the half-forgotten TOMB OF TSHAMATHAN, daring to beseech the dark powers within for a cure to his father’s ailment.

FRIGA, the Queen, calls an audience to court. By fate, luck, or skill of arms, YOU have been chosen to hunt down Prince Rodrik and his companions, and bring them back for the imminent coronation

Go check it out!

Reply
itch.io Community » General » Release Announcements · Created a new topic WHEN THE BROADSWORDS SING - Tabletop RPG for fans of old school D&D and games like Knave and Barbarians of Lemuria
swammeyjoe1 year ago

WHEN THE BROADSWORDS SING (WBS) is an OSR micro-RPG that draws on games like Knave and Barbarians of Lemuria to provide a sword-and-sorcery flavored take on the classic dungeon crawl experience.

The game is 6 pages long, fitting on three sheets of paper front-and-back.

I present, ROUND TABLE, a tabletop RPG about "daring knights and heroic ladies", focusing on a mixture of dramatic quests, court intrigue, and domain/family management.

It is formatted as a single-page, double-sided TRI-FOLD.

The game is inspired by Fate Accelerated, Gumshoe, and King Arthur Pendragon. 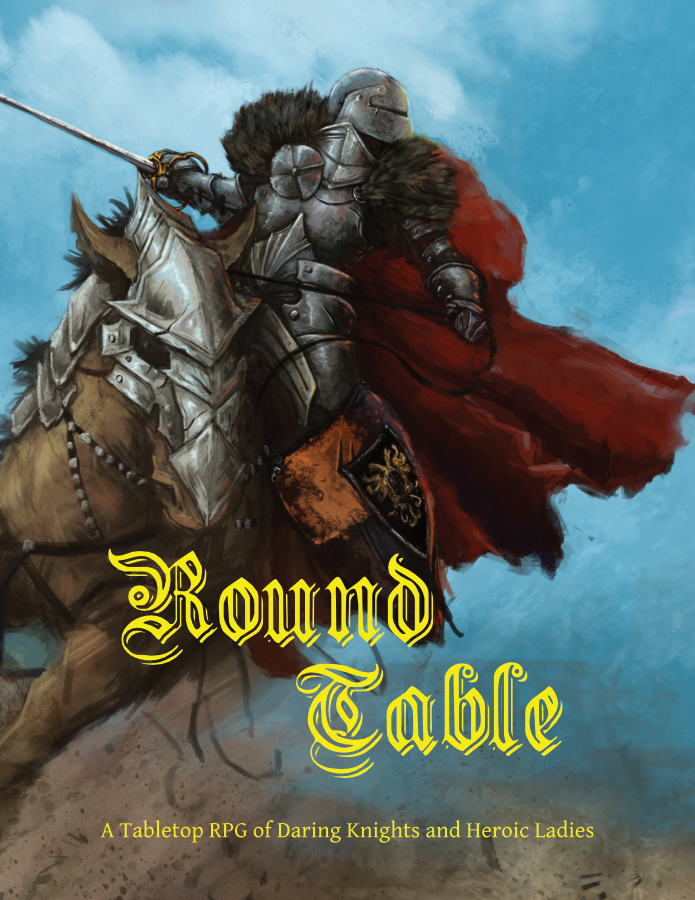