This was definitely a surreal experience that I highly recommend, here's my own playthrough for anyone interested:

I like how robust the branching narrative seems to be when you go through it each time; it feels like the game takes into account what your previous choices were in an effective way.

My advice for those who haven't played it yet is to make sure not to use the skip button on subsequent runs like your typical visual novel with multiple endings. It was mostly my fault, but I ended up missing a few interesting details because the game tends to skip over even unseen text (probably because of how the dialogue was programmed).

Despite leaving me a little confused by the end though, I found that it achieved the creepy tone it was going for, and I really enjoyed it. If there are any plans to develop more games, I look forward to it!

This was an interesting game!

The main criticism I have is that the English could use a bit more polishing because of some typos and grammar issues, but I like how it starts off innocent before descending into a nightmarish world and exploring Aisley's mental state.

Anyway, here's a video of my playthrough in case anyone's interested:

Thanks for translating the game! Always cool to try out these lesser known RPGmaker games that were never properly exposed to English-speaking audiences.

By the way, I've noticed that I had a tighter time limit on the last puzzle during the Ending 1 route, a minute as opposed to 90 seconds. I don't know if it was just me, but I definitely died many times on the last part!
Reply
Spooktober 3rd Annual Visual Novel Jam by DevTalk community · Posted in Stream VOD Submissions Here (Due Nov. 1st)
SighingSlider94 days ago (3 edits)

Hello! I created a thread previously for my video submission of Nemlei's Candy Scabs, but here it is again, to make it official:

Oh, thank you for letting me know! And yeah, I do admit having a bit of a bias considering I also played a few of your other games, haha.

Hello! This is my submission for the Streamer category, and so here's one of my videos below. I played a handful games from the Spooktober visual novel jam and there were a few that I liked, but Candy Scabs by Nemlei was probably my favourite. Here's the Twitch VOD as well, in case it's needed: https://www.twitch.tv/videos/1166663337.

I'm not familiar with the rules, so I'm not sure if I'm supposed to make a new topic for the submission, so please let me know if I'm doing this right. Thanks!

Hello! I like to stream/record playthroughs and I noticed that it's being encouraged to post a video about this game jam. My question is what sort of content is appropriate? For example, is it more of a general overview about the Spooktober visual novel jam, or can it just be a Let's Play on one of the submissions? Also, would I simply create a new thread here and post the video?

Thank you for your time!

The game was fun and I enjoyed the subtle hints at the true nature of "The Elevator" as I played. However, it was also a bit tedious when it came to getting all the endings, so here's my personal guide for anyone who was struggling to get them like me:

Oh, and here's my playthrough with all the endings if you're lazy and don't mind listening to some jackass talking over the gameplay!

In case anyone is scrolling through the comments here and hasn't played this game already, let me just say that I quite recommend it. Here's a taste of the beginning through my Let's Play:

While I personally thought it was just another furry game at first glance (which I guess is a good or bad thing depending on your tastes), it actually is much more than that, and it really appeals to anyone who's into off-beat RPG games and even anime. There's also a lot to like if you're the type of person that likes to explore and do optional content.

In the end, I found myself quite invested in the characters and the world, despite how it doesn't take itself too seriously at first. So yeah, go check out Demonpact: Clarice if you haven't yet!

It's funny to me that you went ahead and found the full stream VODs though, I just don't expect anybody to watch them on Twitch. I don't really hide it, but from my experience, viewers tend to watch video content on Youtube instead and that's why it's all transferred over there.

Also, if you don't mind me asking, do you have any other social media platforms to follow? It seems like here is the only way to see your stuff, but I'm just curious to see anything else you might have made (i.e. art and whatnot).

I don't know if it means much from some random stranger on the internet, but let me just say that this visual novel is probably one of the best ones on this entire website. If it's alright, I also made a Let's Play on this game, and here's Episode 1:

It's hard to say why I ended liking this game as much as I did, but if I had to guess, I think the writing style is simply a lot more natural and straightforward than even full-priced visual novels I've played in the past, and therefore enjoyable to read. Of course, the art is solid too and the sense of humour is right up my alley.

Normally, I'd have constructive criticism or something, though I swear Nemlei seems to be a veteran visual novel developer in disguise because it's difficult to place my finger on what needs improvement beyond a few minor typos in the script. I guess the only thing is, maybe, it'd would've been interesting to explore the "bad end" route a little further, but I think I'm just morbid.

Anyway, needless to say, thank you for developing Better Half as well as the previous title, Divilethion, and I wish you the best for any possible future projects!

Heya! Just wanted to let you guys know that I really liked this game, it has a very interesting twist of genres I've never seen before. I'm completely horrible at the actual danmaku sections, but I can appreciate the creativity put into the mechanics. The gameplay, art, and story are well done.

If you don't mind, I also recorded my playthrough here:

The only pieces of feedback I have is:

Anyways, I might be biased because I love Phoenix Wright/Danganronpa, but I still highly rate this project because of how unique the premise is. I wish you all the best of luck for any future plans!

For any cool people waiting for this cool game: look carefully at the Greatboard's profile and try typing in the code word on your keyboard on the select screen for a little surprise.

Hiya! The game is really cute, but there's a few bugs I want to report, if it helps. I unfortunately couldn't complete the game because it freezes when you try to talk to this plant person(?):

I can avoid this NPC, but my recipe book wouldn't come up after a few deliveries, so I can't tell who's missing and I'm not sure who else to talk to.

And I don't know if it's relevant but there's another glitch where the main character slides along the ground when delivering food sometimes, but it's not game-breaking and just looks kind of silly: 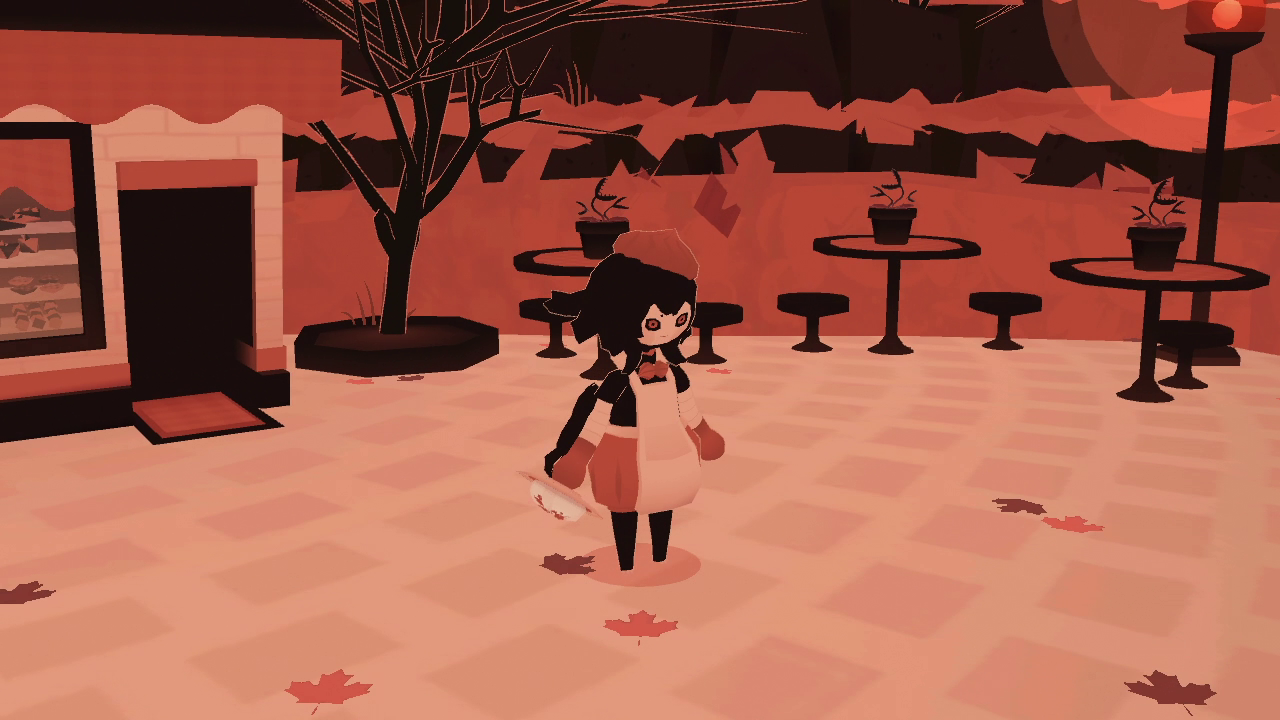 I also want to mention that I forced windowed mode with "ALT+ENTER" and manually resized the game for recording purposes because there weren't any innate resolution options, in case maybe that affects anything.

Anyways, aside from the technical issues, it's a nice-looking casual game. I hope the issues are fixed, and I wish you luck on your future projects!

Hello! I recorded a playthrough on this game recently (if it's okay with you, it'll be on Youtube). It's a quirky little RPG with good art and funny dialogue. I don't know if there will be further updates for this game, but I'd like to try and give some useful feedback:

Anyways, those are a few of my thoughts I had during my playthrough. Hopefully, whether for Dead Function or any other projects, it's of some use!

Hey, DrawnSimplistic, I wanted to let you know that I found this game randomly on my own and I recorded a playthrough (I assume it ends when the "Chapter 1" title card shows up?) and, if you're okay with it, I'll eventually upload it to my YouTube channel. However, I'd like to give you some of my thoughts here as feedback.

What I think could be added, but not super necessary:

There you go, those are my thoughts from a complete nobody who has no idea how to develop games at all (so, of course, take everything I said with a grain of salt). But hey, I felt compelled to write down my thoughts because I think Devil's Riposte has some potential and could hopefully turn into a very interesting little RPG in the future. I assume there's going to be more, because it stopped on quite the cliffhanger. Anyways, thanks for reading!