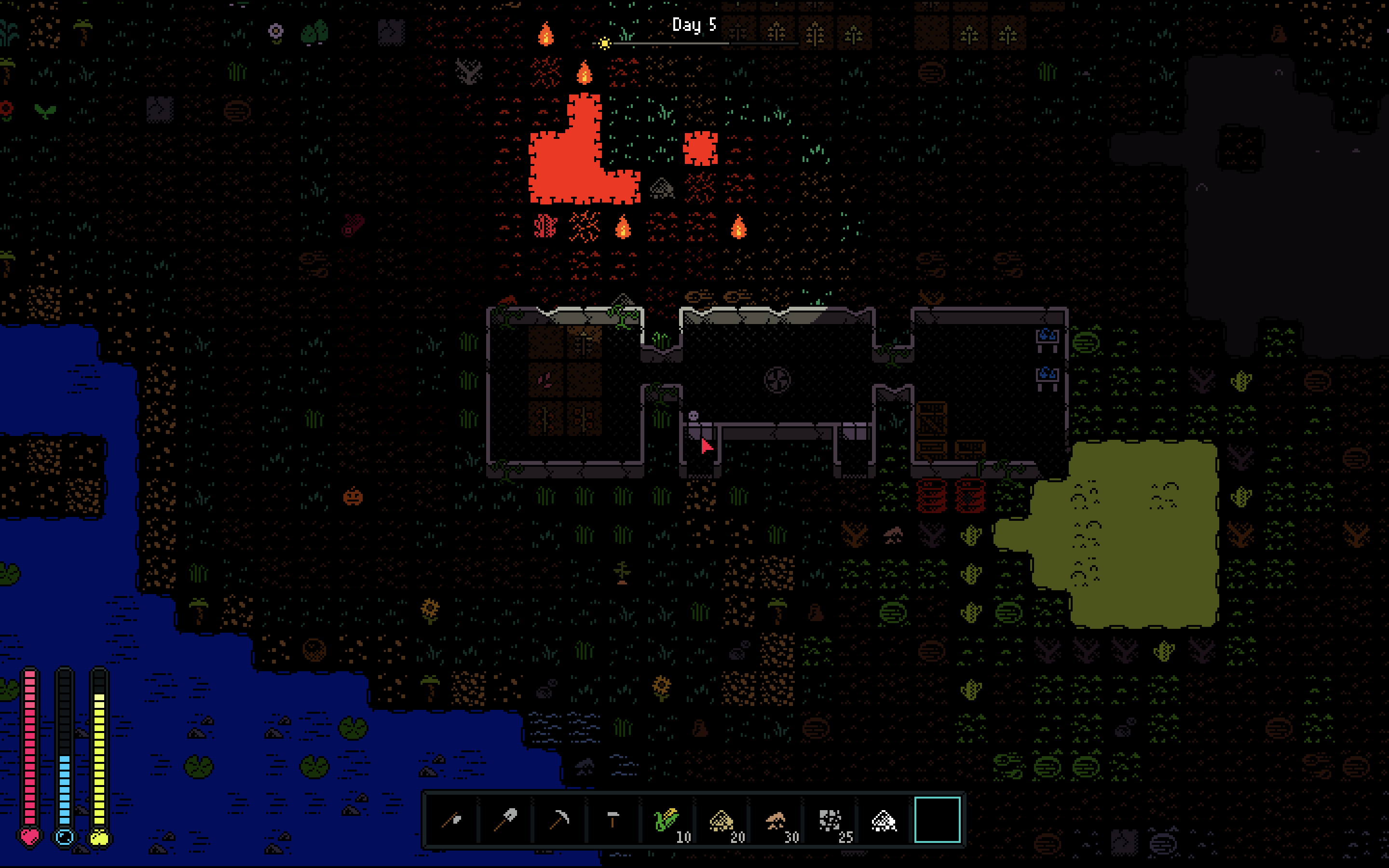 I got myself stuck inside of an abandoned building, the airlock won't open from this direction!

Help! (I am on the Mac version of the game.)

Please let me manually enable the tutorial, I restarted halfway through adding my first card and now I am unable to view the tutorial for additional guidance. I've removed and redownloaded the game multiple times, it still is not showing up.

Also is there some sort of guide for this? I cannot decrease the FRIGGIN emissions without getting screwed over by my "neglect" of other stressors, or by losing political power.

I have to address all of the problems being presented to me at once in order to succeed, but the game will not allow me to do that.

apparently the [+] tiles are doorways which you can pass through, so thats nice

I know that this game is incredibly in development, and as such any suggestions I make are probably already planned so I'll trim it down to two things I would like to see:

Medkits items so that the player can heal themself

Adding in the Machine Gun used by the NPCs, into the player loadout

I am able to scroll up and down the 'start game' menu with the ARROW keys, and scroll down the list of unknown life forms with the MOUSE, and click the Dogtag from Red to Green (again using the MOUSE), I am unable to actually interact with the Start Game Menu.

I make sure that the 'New Game' option is highlighted, and then nothing I click or press actually starts a new game.

Hello, how exactly am I supposed to open this? I am using MacOS and I am confused as to why unzipping the downloaded file results in a folder with game data inside and nothing else? 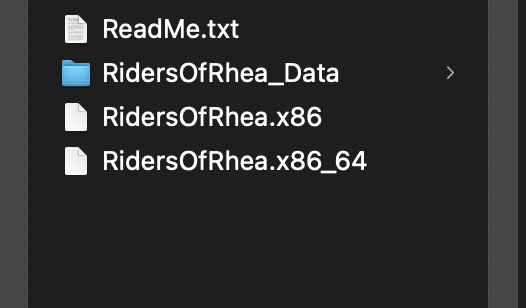 Nice! I really enjoy the movement mechanics but I do have a question on what the RELOADED mode does? I know that BECOME THE ONE turns the enemies into Agent Smith Mini-Bosses, but does RELOADED simply let enemies reload (but you still cannot reload)?

Regardless, it certainly worked! 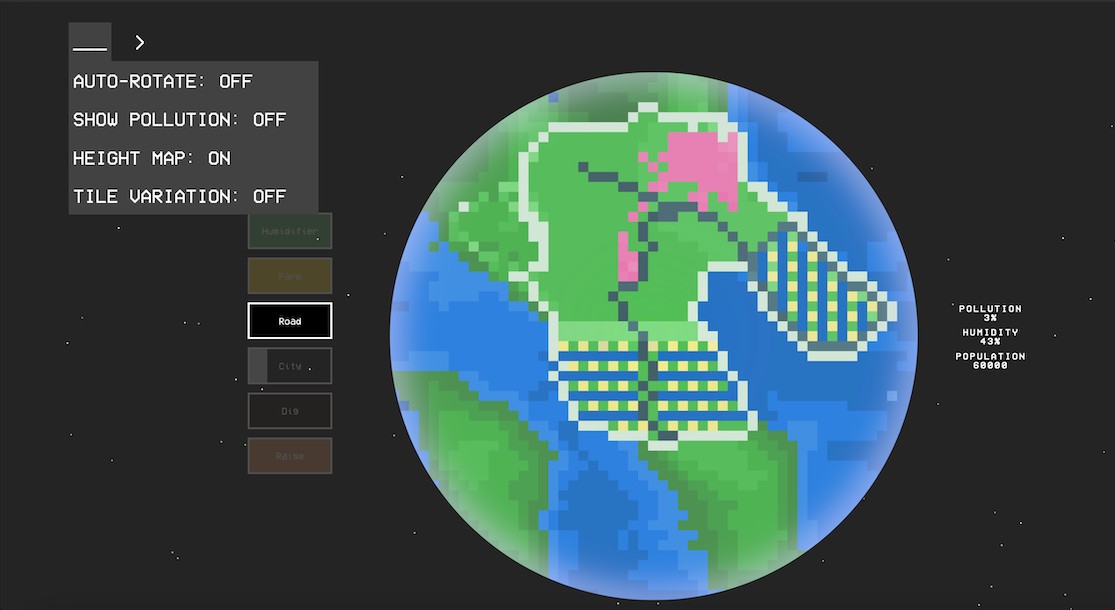 I forgot to take a photo of the backside of the planet, but here is a fully terraformed Martian colony! It's like a gated community except instead of fences the barriers are mountains. And yes, I did flatten out the inside of the settlement, I like my lawns trimmed.

oooooh. I did not think of the canal's idea despite figuring out that you could decrease/increase height after a certain point. Was that intentionally a reference to how early astronomers' telescopes reflected the veins in their eyes onto the surface of a planet, causing the optical illusion of the Martian Canals. The idea of Martian Canals was also used by many early sci-fi writers who set adventures on Mars.

Actually he does kind of have a point::

The USAGE section of that wikipedia article mentions that::

"The term Eskimo is still used by people to encompass the Inuit and Yupik, as well as other Indigenous Alaskan and Siberian peoples. In the 21st century, usage in North America has declined. Linguistic, ethnic, and cultural differences exist between Yupik and Inuit.

In Canada and Greenland, and to a certain extent in Alaska, the term Eskimo is predominantly seen as offensive and has been widely replaced by the term Inuit, or terms specific to a particular group or community."

Reply
One and Gun community · Created a new topic What Do I Press To Dodge?
Shenmansson204 days ago

Gonna play this one a second time; despite the difficulty I'm having gaining any amount of public approval or points. I remained solidly in the negative points zone during my first metropol. Any advice?

Reply
Already Dead community · Replied to BlackOpsBen in Fun, but with some issues.
Shenmansson213 days ago

I made it to the slapdash evacuation a couple of times -- I had often already lost a squad member by that point -- the pistol and DMR soldiers just couldn't cover our flanks against that new influx near the end; the risk of leaving a flank open to move up really increased.  Y'know,  it only occurs to me now that I don't know where the escape pod is located anyways!

Tips and tricks possibly? I'm having a hard time puzzling out how to maximize farm creation whilst balancing humidity (sea levels), and I am pretty confused by the resource management elements of the game; what do I need to build a farm, can I make that farm more profitable, what do cities contribute or unlock, etc.

How do I make a boat, how do I tell what nation is mine, and how can I max food production/interact with other nations/max income?

Moreso, why is my FOOD value constantly decreasing? Its lowering my population, which admittedly was rather large after I took over a few squares, but I do not quite understand the relationship between Food Produced/Consumed Per Year, Population Growth, and whether or not I'm selling or buying FOOD in the economy tab.

I really enjoy this as a fiddly little thing, which I use to find the attributes of an imaginary firearm if I make one up! Thanks for putting this out there!

yay! i distantly remember a Weebly game based on the exact same concept of expanding a hotel; it was similarly 2d, but with a diff aesthetic. Anyways, the game is probably gone now so I'm glad to have finally found a building/management/strategy game so similar to it!

how do i get rid of a book? it won't drop off of the screen when I place it on the boxes

Nevermind, the issue was that I couldn't map the Sweet-oums Store.

I ended up submitting the case file purposefully unfinished so that I could see what aspects of the timeline were incorrect.

Also, I ended up wondering about 'travel time' because the bodybuilder from the first casefile stated: "Three hours [after he had arrived at the first destination stated] ... I went to go grab a bite." It was simply that none of the available receipts corresponded to that time, with the earliest example being four hours later, during the afternoon! I guess I didn't anticipate human error like I should have!

Thanks for the advice tho!

when multiple people list their actions at the same time, how exactly am I supposed to list that?

Also, in the case of a time disparity between listed times and the receipts should we also account for travel time?

How do I keep the Heart value and the Bone value from depleting? Suddenly, all of the items that I am able to give the Morphling stop affecting the Heart/Bone values once I evolve the Morphling to the 'Urchin' stage, and it's very tedious to get back to that stage; I cannot learn anything through the suggested avenue of trial-and-error when an error is so punishing that I have to restart from the beginning.

Do I need to vary the Food/Materials/Interactive Items that I give it? But then that prevents me from being able to focus on any evolutionary path! I apologize if I sound excitable/angry, but I simply wanted to unwind for a short time and here I am being bested by a point-and-click game.

I came for a short IF experience and stayed for the most competent dress-up section I have ever found. I will be returning and yes it will be purely to play dress-up with a demon-thingy each time

Reply
Already Dead community · Created a new topic Fun, but with some issues.
Shenmansson225 days ago

I know this was only a gamejam thing, but I would like to verbalize at least my opinions on the game. I enjoy the squad based combat, and its something I haven't been able to focus on in my videogame browsing, but it is kind of difficult to properly aim in a direction as the view-cones are based on the characters movement. If an extended version of this game was made, or if someone wanted to make something similar, I would suggest making the characters view-direction independent of their movement.

The camera would also occasionally force the squad-members out of frame, which could be taxing to deal with. Aside from that, and the weapon types not being clearly labeled, this game was flawless.

how am i supposed to beat the three samurai who are all striking me at once? how many hitpoints do they even have?

Nice. I died pretty quickly, mainly because I just didn't use the TORCH spells enough.