I developed a mobile version where you had to press and hold to steer as you suggested, but to rewind you had to press with multiple fingers (so that you'd just go on in a straight line if you release all fingers), but your idea is much simpler and more intuitive! That I didn't think of that haha! I've just changed the mobile version, using your controls. Yet still have to think where to release it (google play or itch really). Anyway, thanks a lot!

There are a couple tricks to make it easier to control the ball like holding the mouse further away from the ball, if that makes sense. But I can imagine that the controls aren't that intuitive at first. Also I'd love to port to mobile! Just haven't found a solution yet for substituting the mouse controls. Tell me if you have an idea for how to do the steering and rewinding with touches!

Not bad haha! Good to hear you appreciate the simplicity.

Cool idea! Thanks for the feedback.

I made a simple relaxing endless runner within 24 hours, for a game jam! 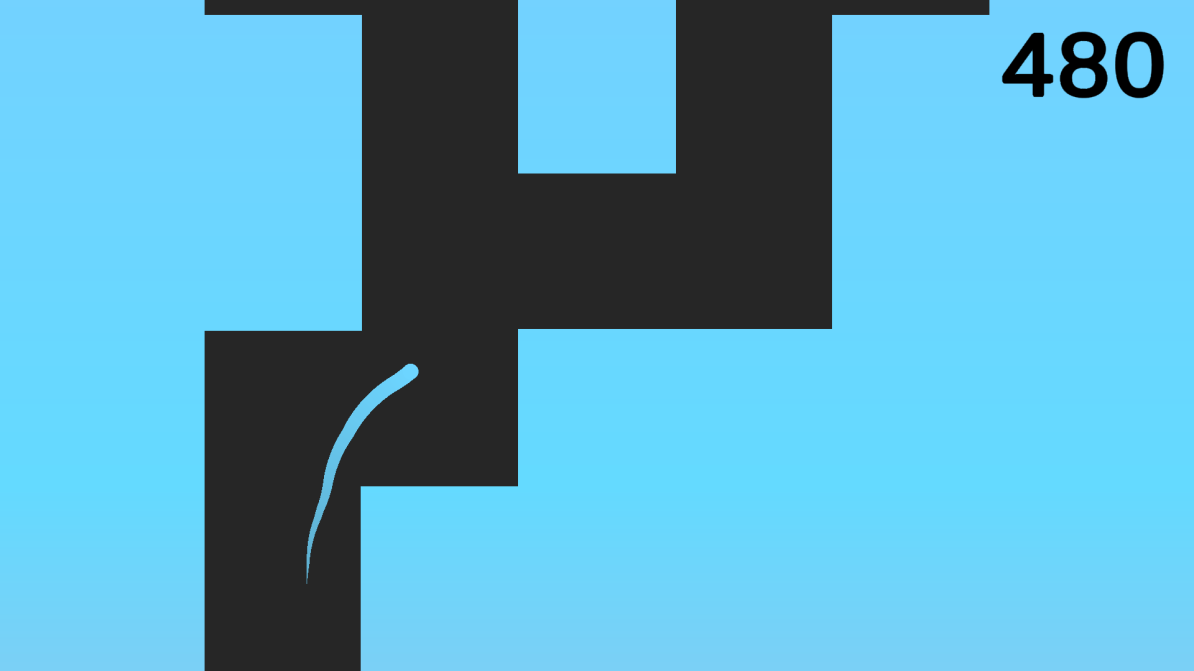 Thanks for the feedback and ideas, I appreciate it!