Thanks Tofu, I appreciate the kind words <3

Yea, I'm definitely gonna put little directions like how much evidence is left into the post jam version to help alleviate that issue of direction hehe.
I really like how that ending turned out too, I'm glad you liked it :P

Hahaha, I'm glad you liked it, I was also really vibing to the music once I got to add it in :P
Thanks Simmo :D (and thanks Orinji for the music <3)

Ah, a time traveler I see xD
I will allow more people to get that ending sometime, along with the other inaccessible endings :P

Yea, I really feel like the music brought out a little spark of joy that was missing until right at the end haha, glad you liked it

Yea, I did worry about that, I mentioned in the stream I was planning a ui element showing how many things you have left to collect, but I just ran out of time.

If you still want your game judged but you've run out of time, I can still include your submission if you send me your game link!

Thanks for playing my game, I'm glad you liked it :D

Thanks for playing my game! :D
Your video was really entertaining (as a fellow youtuber, I appreciate your commentary :P)
You're right about the secret ending, it involves an ingredient that isn't initially available (once you've made any strength of tea, a secret ingredient becomes available under the bench ;P)
I love your headcanon that it's the chair that you're serving tea to xP

Again, thanks for playing the game :D

Thanks for playing my game :D

(There's another ending you could find if you wanted to, there's a little secret on the bench to be uncovered, but you have to have some tea ready to be served before you can find it ;P)

If you haven't already, go play each others games and vote what you think of them!
Due to popular demand, I'm going to shorten the voting period by 1 week (from 2 to 1).

So get voting! (as of writing, there have been 83/144 votes made total, so a little over half the possible votes have been made so far)

Hehe, yee, I'm glad you like it Tofu :P
Art is still one of my weaker skills so I'm so glad people like what I did with it :D

I'm glad you liked it :P
Hehe, the deeplore of brew is indeed mysterious xP

I wouldn't recommend it, just from my cursory glance, windows doesn't have the ability to run it without installing special updates and activating special features (essentially using a virtual box of sorts)
If you're using Unity, I would recommend building multiple forms (so a linux build as well as a windows build)

Not necessarily, but the more accessible the better (so yea, exe is best if possible)

I found it, so I know you guys can too ;P

So long as you meet the requirements of this jam then yea, that's totally fine 👍
(by that I mean you follow the rules ;P)

Reply
Rorius Game Jam 2021 community · Posted in NSFW IS NO?
FirstFrontStudios319 days ago 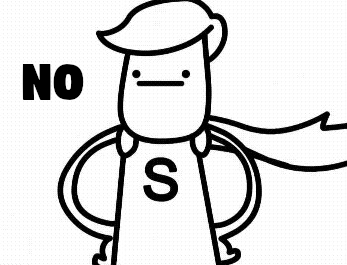 I wondered if the resolution thing was the issue, it was build for a 16:9 ratio but I didn't manage to test for other resolutions (mostly because of time)

As for the health thing, I see where you're coming from, but I'd actually rather go the other direction, I think the game in it's current state is too lenient and I'd rather reduce checkpoints. The intention of not giving health back at the start of each level was to make getting through the game with no deaths harder, but since I didn't prioritise setting up other checkpoint/save systems I just decided this level based restart was the easier and more forgiving solution (I had even thought of kicking the player back to the menu but felt that was too harsh)

To be fair, you're not passing checkpoints on the way through. There's no indicator that you're getting a checkpoint at the start of each level, and the player character reflects current health in a very apparent way (short of having a health bar), I feel it is a little unfair to say that it was unexpected or a bug

We disagree about that feature, but nevertheless I still appreciate all the feedback you've given and that will help greatly for future versions of the game with bug fixes and extra polish. Thanks again Igor :)

Ok, I just played through the game myself and compiled screenshots of all the levels, would you be able to point out what you mean in whichever level is applicable? I cannot see an area that contains these free passages you've specified.
Screenshots

Hmm, that shouldn't be happening, I'll have to look closer at how the damage works (I never came across this happening in testing)
I will add, you do keep any damage you take between levels, if you die immediately in one level you might have been hurt in the former?
Nevertheless I'll take a closer look to see if I can replicate (/ find someone who can replicate) the issue and find a fix.

Thanks again for all of your help :)

I decided not to worry about things like gamepad support for the jam (having never added gamepad support to a project before heh). even without that kinda thing I was up all night getting last minute features added before the deadline (where I live, the deadline was at 7am so I basically pulled an all nighter the last night)

The mouse thing was a left over issue cause by the fact I had originally intended to make the 'attack' the player could do a directed projectile with a bit more reach. By the time we had changed direction we didn't really have time to rework the attack (will most likely be something that changes if/when we re-release the game post-jam)

Whereabouts are these free passages? I don't know if I entirely know what you mean.

The colour of the player indicates how much health you have, if you die immediately it will be because you were already nearly dead and you got hit one last time.
If you were the original bright blue colour when you died then that would be a bug that somehow slipped through.

Thanks for taking the time to outline everything, I appreciate your help :)

Thank you, I glad you liked it :D

Yea, that 'jumping on their heads' thing was unintended at first but I ended up leaving it in cause it helped reduce the difficulty for some areas (making the pacifist run a little more doable haha)

If you didn't see, I played (and rated actually) your game on the channel ;P

Thank you, sorry for the late reply

I played and rated your game too ;P (I even played it on my youtube channel, if you wanna check out my playthrough :P)

Thanks, I'm glad you liked it :D

Ok, I've added a mac build, but I have no way of testing it heh :P

Thank you, yea ohbabyitsdamien did a great job on that stuff haha

I just had a chance to play your game, it was very cool, gave you a nice little rating too ;P
(also, a video of me giving it a try will be up on my youtube channel in ~8 hours hehe)

Thank you, I'm glad you liked it :D

Thank you so much Starbladek <3
You're right, there is a pacifist ending, but we were lenient with it hehe (you just need less than 3 slimes killed and falling slimes don't count, you'll notice the other slimes in the level dont get scared when one falls ;P)

Yea, the jumping was something that I didn't spend enough time on to make it feel good, which is something I regret as it is a fairly integral part of the game, but these things happen, and I'm happy with how a lot of the rest of the game turned out :)

The coins were indeed a misdirection. They were intended to try and lead people to reach all corners of the level and ramp up the difficulty (even though they have no bearing on the outcome). The intent was to further the lying theming while also creating apparent value in getting into those hard to reach places in the levels heheh (and if I decide to make an updated version of the game post jam, I might change their purpose and alter the endings to incorporate them, therefore no longer making them lies haha)

(ps: I'm actually just about to check out your game as well ;P)

Thank you :D
I've got your game downloaded and will be playing it shortly ;P (with rating to follow of course)

Thank you so much :P

Yea, the art assets and audio was handled by ohbabyitsdamien, he's really good at that kinda stuff hehe
I'm glad we could remind you of classics like those, that sort of game was what we were going for so hearing that makes me very happy :D

That game was so cool! It's so polished, graphics are awesome, and the jam theming and visual style were beyond anything I was expecting!
Great job, Moolordking! :D

This was a very interesting take on the theme haha
While a neat idea, it made for a very short experience (could have been neat if you included a secret alternate line of narrative, unless you did include a secret in which case you beat my attempts at finding one xD)

Your game was cool, I liked the intro/outro dialogue and options menu haha, and the fps mechanics you implemented were great for a game jam game.
As people have already said, the darkness did make it a little confusing to get through at times but I didn't ever actually get lost (could have used a flashlight or player glow just to help see walls and door spaces)
Video coming very soon ;P

Aww, thank you :P
(You call me wholesome, but you're just as wholesome hehe)