Cool to see these chugging along! :D

Say, uh, if you like the idea of losing and replacing limbs and wildly underprepared cultures coming into contact with future tech, I've been working on a little something: http://orcborg.com/

Haha, these are the patch notes I live for :D

Oo, these are killer! Love the bug-mask folks :D

Such a great theme!

These weirdos make my day :D

These minis are incredibly powerful

These are really cool, and I love your paper mini preview tool too!

Such a great style and theme!

Yeaaaah! These are great!

These look killer! Love Ixx, too

These are awesome! Why not "Crowman" though?
Ohhh it just looks like "Crow man." Hmm. Hmmm. Anyway, great job!

Check it out! We've made a bunch of improvements! :D

Dang it, this slipped by me!

Yup, you're correct in your interpretation!

Would love to hear more about your sessions!

I've been thinking of a couple mini expansions for FRAGNAROK, but I'm working on some other projects right now :) 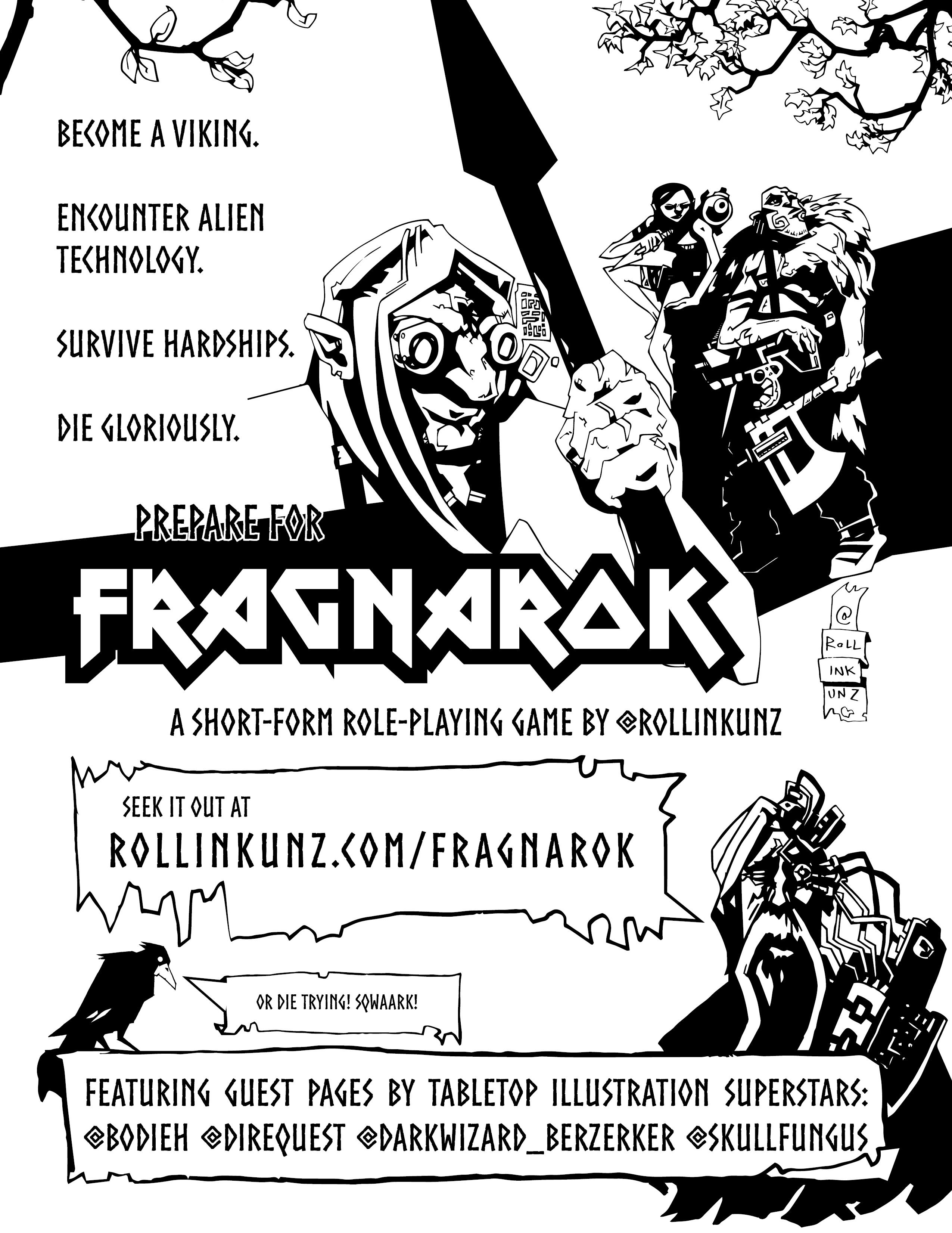 FRAGNAROK tells the stories of Vikings that have found alien technology and must use it to protect their clan and die in a heroic fashion.

One player will act as ODIN, the Game Master, placing hardships in front of the clan, describing the world and its inhabitants, and determining the results of contests.

The other players each control a VIKING HERO whose goal is to provide for their clan and die as glorious a death as possible, that their name might be sung in praise by their progeny! They are almost certainly going to lose some limbs along the way. 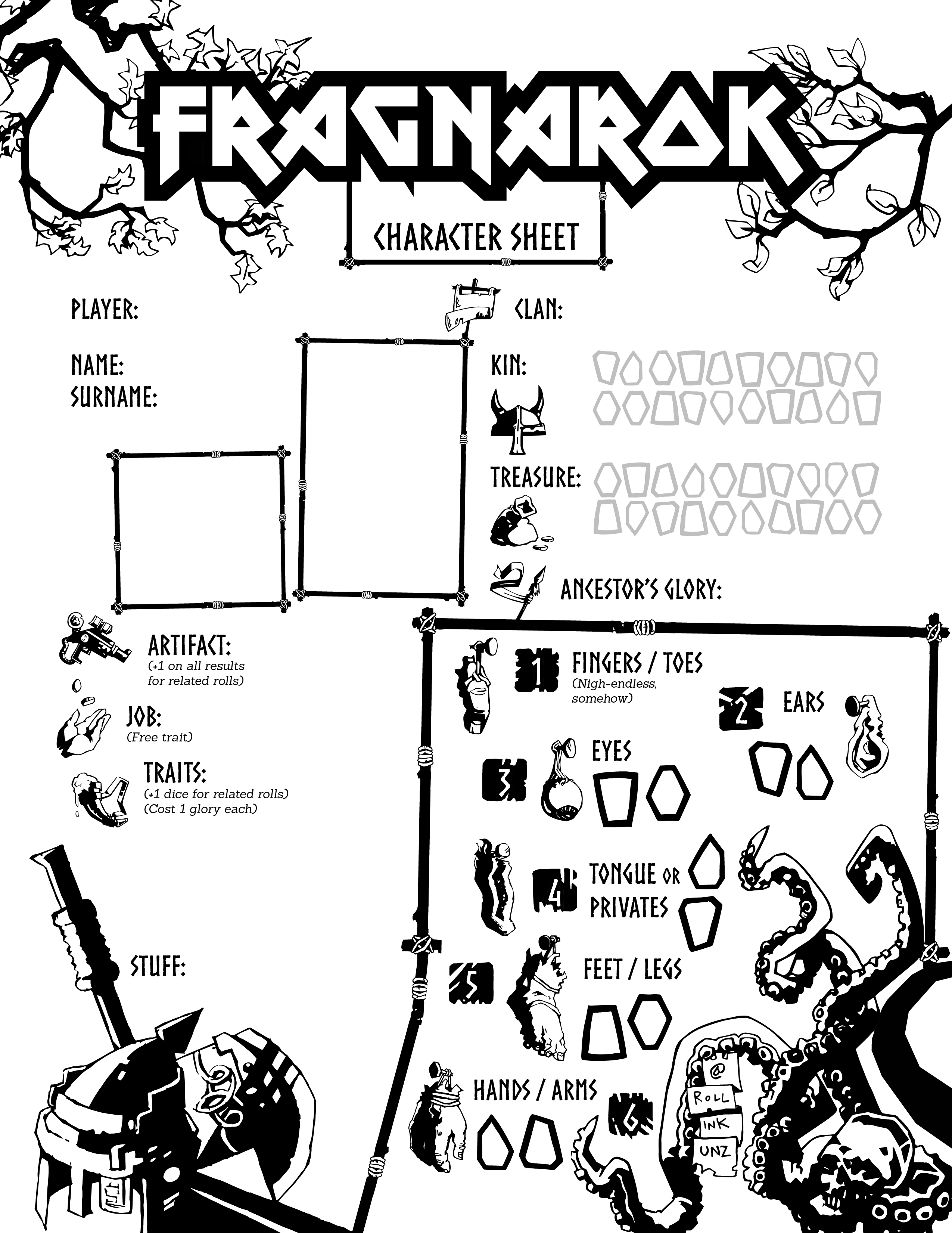 FRAGNAROK is built to be easy to understand and quick to pick up and play as either a single-session palette-cleanser between campaigns, or as a longer campaign following a clan of warriors over generations.

It's also full of weird art, mechanics, and ideas. It can be played as a slapstick romp, a brutal, everybody-dies tale of vengeance, or something somewhere in between!

Pretty cool. Could be fleshed out, maybe rethemed with some unique art ;D

Reply
Rebop Blasters community · Posted in are you planning on a steam release?
ROLLINKUNZ!3 years ago

You still thinkin' of a Steam release? :D

I wonder what your computer didn't like about it, though?

Thanks!
Yeah, I think I'll add and change a bit of it :D

Dig the dark humor! The memorial is a great idea :D

Gotta give extra credit for the little player character sounds and those wild finger animations! :D

Nicely polished for a jam!