Hi. Nissa will have a separate ending in which Shar chooses her over the others, but that path is mixed with another romance, so there's a guy in it as well, but he ends up alone.

Thanks for the feedback, and yes, that's a sneaky typo. I use a spell checker, but sometimes the misspelled word is another word. :D

I just realized how in this one both boys need defending :)

Thanks for the feedback, I'll look into the graphics glitches while working on the full game :)

It would probably be the same error on Steam, but it's not displaying an error message. Not sure what Harfbuzz is or if you could update it.

I can send you a promo code to unlock all the chapters on android if you give me your email.

Hi,
There is no .sh file, just a file called "demonheart" with no extension. For non-Steam versions I run them on Linux by opening the terminal in the game folder and typing ./demonheart . Sorry if this is not standard, so few Linux users purchase Demonheart that I haven't had much feedback.

There should be rectangles (save slots) on that screen, like this. 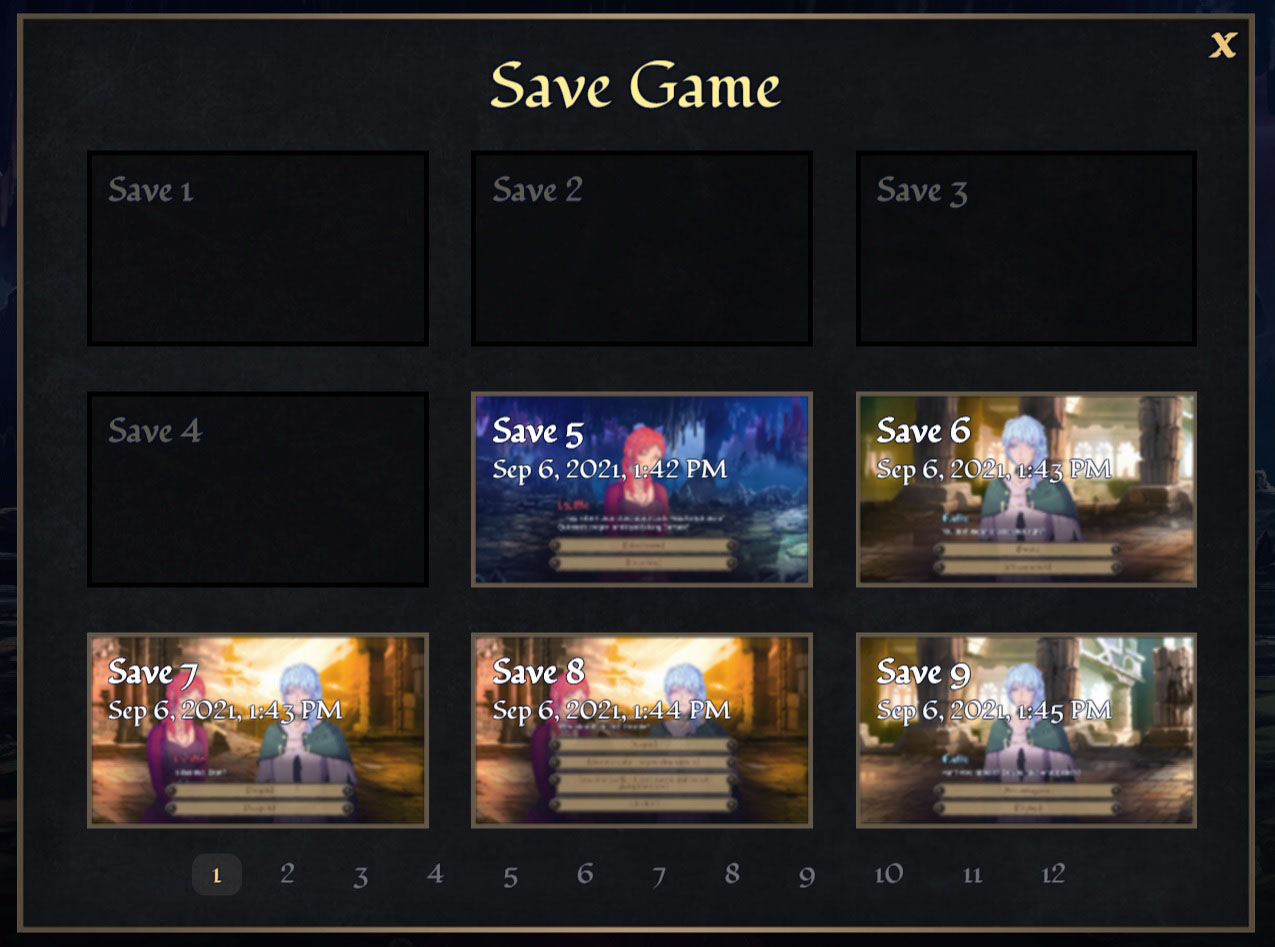 I managed to get a blank window by deleting the "save" folder.
There should be an empty save folder in the game folder at the start. This is from a Mac OS build, but they are all similar. 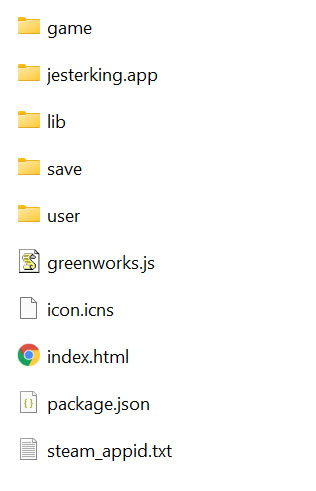 It might be possible to pay through Paypal using a card without having an account. I can't enable the Stripe payment option as I am located in Serbia.
The game is also available on Steam, they have more payment options.

I've emailed you to the email associated with the purchase :)

I'm based in Serbia, and Stripe doesn't work here. I don't know if anything changes in the future. I used to have itch.io collect the payment, which allowed Stripe, but they started taking 30% from ALL purchases for American tax because my country doesn't have a tax treaty, even when buyers weren't from the US, so that's no longer an option.

I'm considering making an Android version, but I'm not sure, the interface would probably be too small and would need lots of work.

I'm now working on another VN in the Demonheart world, with different characters: https://twitter.com/Rolling_Crown/status/1418888699002097675 (it will have a Steam page soon, for now it's all on Twitter, Discord and Patreon)

This game uses a lot of custom plugins for its user interface etc, to bypass some of RPG Maker's default menus and behaviors.

For that error, you could edit this function in LAMB_Resolution.js, but it's getting complicated.

And instead of 800 and 600 put the resolution of your screen.
But now that I think about it, it's possible the whole interface will be broken because it was made for PC resolutions.

I had to google what Joiplay is, and found this:

The line it crashed on is something not found in all RPG Maker games, it's rather an "uncommon Node.js function."

I tried to make it more anime-style, but it's not quite anime xD

Well, yes. And I'm doing the character art myself.

Yes, after some people have played the Windows version. I was expecting there might be bugs to fix.

It's Orchid, though now I realize the witches who wrote the book also ruined "all three" of them. :)

I'm not planning any more direct sequels, but maybe there will be a game in the same world in the future. Right now I'm working on a new visual novel in a separate world, but similarly dark themed - https://store.steampowered.com/app/1424300/Jester__King/

Does this error happen in Demonheart: Hunters?

It looks like the game is trying to create some files or a folder (the saves folder or some config?) but the system is stopping it from writing. Could you copy the whole error message?

Because the other payment method is Stripe, which is not supported in my country

Make sure that it's copied to the plugins folder and that you overwrite the LAMB_DLC_Sack.js file from the original game. Then when you restart the game, you should get the sack item on new game, and also when you load a save.

Ok, I should be able to fix that, thanks

You can send it to info@rollingcrown.com, but posting here is ok too.

I don't have the rights to sell the soundtrack. It's from different music packs that can be purchased to use in games, and free music from Kevin MacLeod.

Medieval Warfare Music Pack - https://soundcloud.com/rpg-maker/sets/medieval-warfare-music-pack (It can be purchased on Steam and on RPG Maker's website.)

You shouldn't be able to save during conversations, can you save when nothing is happening?

Yes, it's probably for a companion that's not in the party then

It was mostly how the game makes Brash walk that changed. I also tried to make some areas less laggy, including Ravage Center. It's good if there were no issues after the changes, thanks!

There is no full version of the game yet and it can't be purchased, it will be enabled on January 29th. It's just that the price has been set in advance, but all that's available to download is the free demo.
Have you talked to the man in black once, or did he disappear without ever talking?

Thanks for testing so extensively!

The lady with the rats in the basement wasn't there before, her conversation was incomplete so she was hidden.

And now I'll be fixing the bugs from such a "simple" feature as autosave for a while. xD

It seems the changes to autosave did this. I was testing it with additional messages to inform me that autosave was starting, and it seems when I removed the messages it started crashing. I'll update soon, hopefully it won't crash when I add some delay to autosaving.