Smart move having the demo end right when it gets good. Congrats on finding a publisher, I'll be looking forward to the full game.

Cool game. The mystery was very engaging with a satisfying conclusion. The art is especially impressive and having it move is a nice touch. I'd like to see a spin-off about Kira and Ame since this game doesn't focus on their relationship very much; things like their past and future together are teased but not really explored, which is a bummer because their interactions are one of the best parts of this game.

Good game. Haruki is the goat.

That ending is a real smack in the face, but I guess that's a testament to how captivating this game is. I hope it gets finished someday.

Everything about this game's page makes it seem like just another yuri VN with serious themes thrown in as an afterthought. I only decided to play this game out of boredom, so of course I was completely blindsided when it turned out to really be something special. The writing is so well done that despite not having experienced loss like this I still felt deeply connected to the characters. The conversations between the two women are filled with very real and personal emotions in such a natural way that it never seems like the developer is speaking through them. The art and music perfectly complement the story and never seem out of place or inappropriate. I'm glad I gave this game a chance, because you've all done some excellent work on it.

Suddenly I understand why we crawled through a vent at the end.

Cool game. I really like how the walking sound changes when she sprains her ankle. 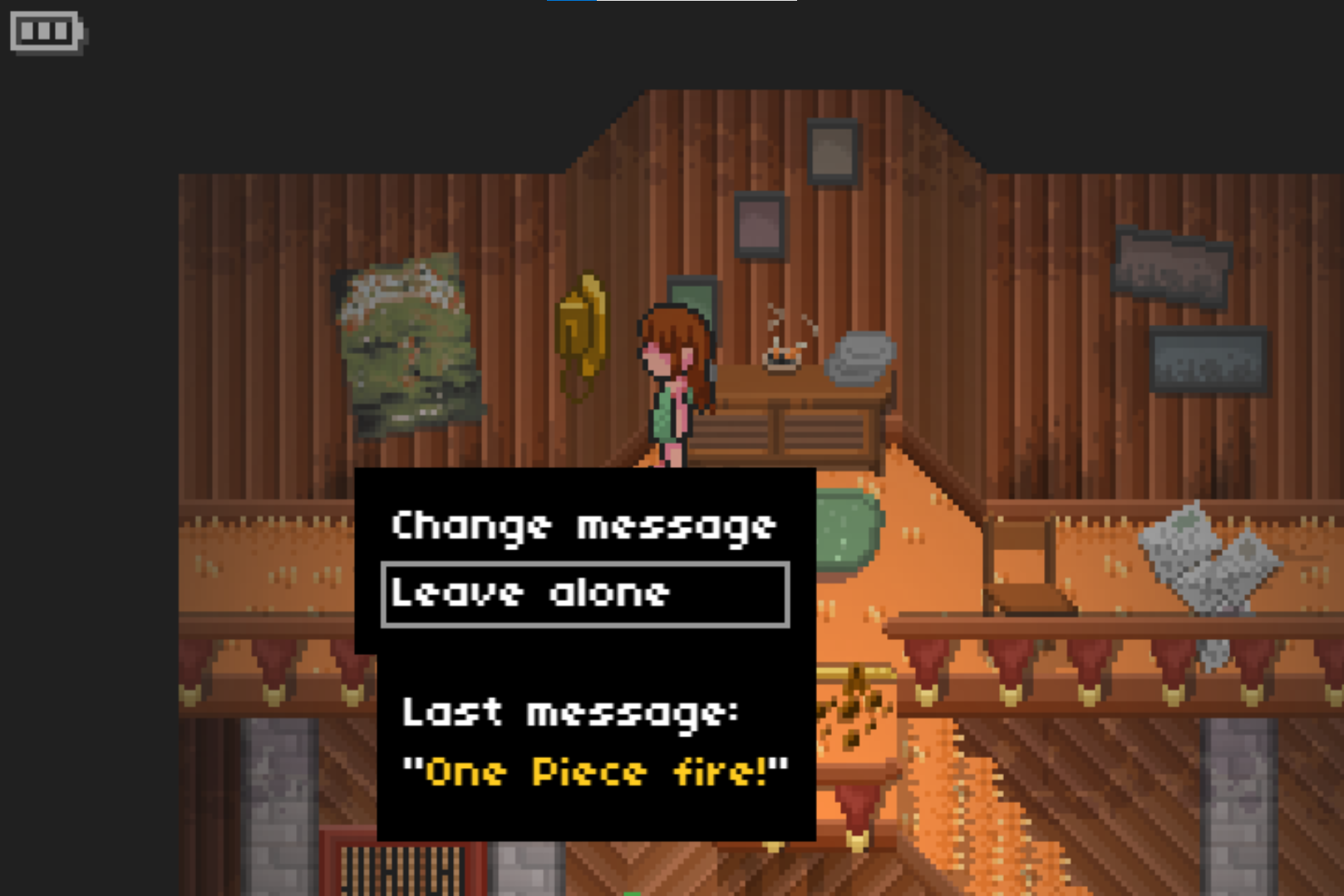 Interesting, but that's not the point. X and C would work just as well if their commands were swapped.

The controls are incredibly disorienting. I think Z for jump and X for dash would work a lot better since that's the norm for most games like this.

It bothers me that this game has voice acting but no way to disable it. The main character sounds too aloof for the situation he's in.

This is an unheard of case where the URL of a game is more interesting than the game itself. One Piece is better though.

This is the one of a kind Chumbo Zone experience, an experience so unique and groundbreaking it has redefined gaming itself and become the first true Chumbo-type game. The game features levels and gameplay, and even an ending. For the low price of free.99, you too can play the number one sleeper hit of the year and experience Chumbility all in the comfort of your own cardboard box.

Coin counter doesn't work and purchased hats don't appear in the dressing room. Great game though, really like the art.

Decent game but a bit confusing. I give this game an average rating out of respect for Michael. It is his birthday today after all.

Great game, I liked it a lot. Music, art, humor, this game has it all. I did notice some bugs, though. The first time I beat the Intelligence Core, the party somehow got right up against the cage in the center of the room which caused the game to freeze instead of going into a cutscene. Also, the Brand status effect that prevents healing lasts for an extra turn after the icon disappears.

The only issue with this game is that it's over too soon. You've made a real gem.

This is one of the best horror games I've played on Itch in a long time. The way the camera always moves so slowly does a lot to increase dread, as do the small details hidden throughout the house. I'm thankful there weren't any jumpscares, because my soul would've left my body.

Soundtrack was cool, and I like how the cats always say "I'm a cat." The only thing that bothers me is that walking forwards is so much slower than strafing. I did notice a bug in the last level where the wall at the end of the long black hallway will chase you for the rest of the level so you can't walk backwards or turn around without it stopping you.

Very cute game. The characters, music, and art are all enjoyable except for that loud bombastic song (you know the one). I'm looking forward to the full release.

Great demo. I really hope this much effort is put into the rest of the game, because all the small details add a lot to the big picture. The amount of variety there is to this game is staggering, and for that variety to be meaningful in the long run is super cool. I do have some questions: will this game be released step by step or all at once, and will save data from the demo carry over? 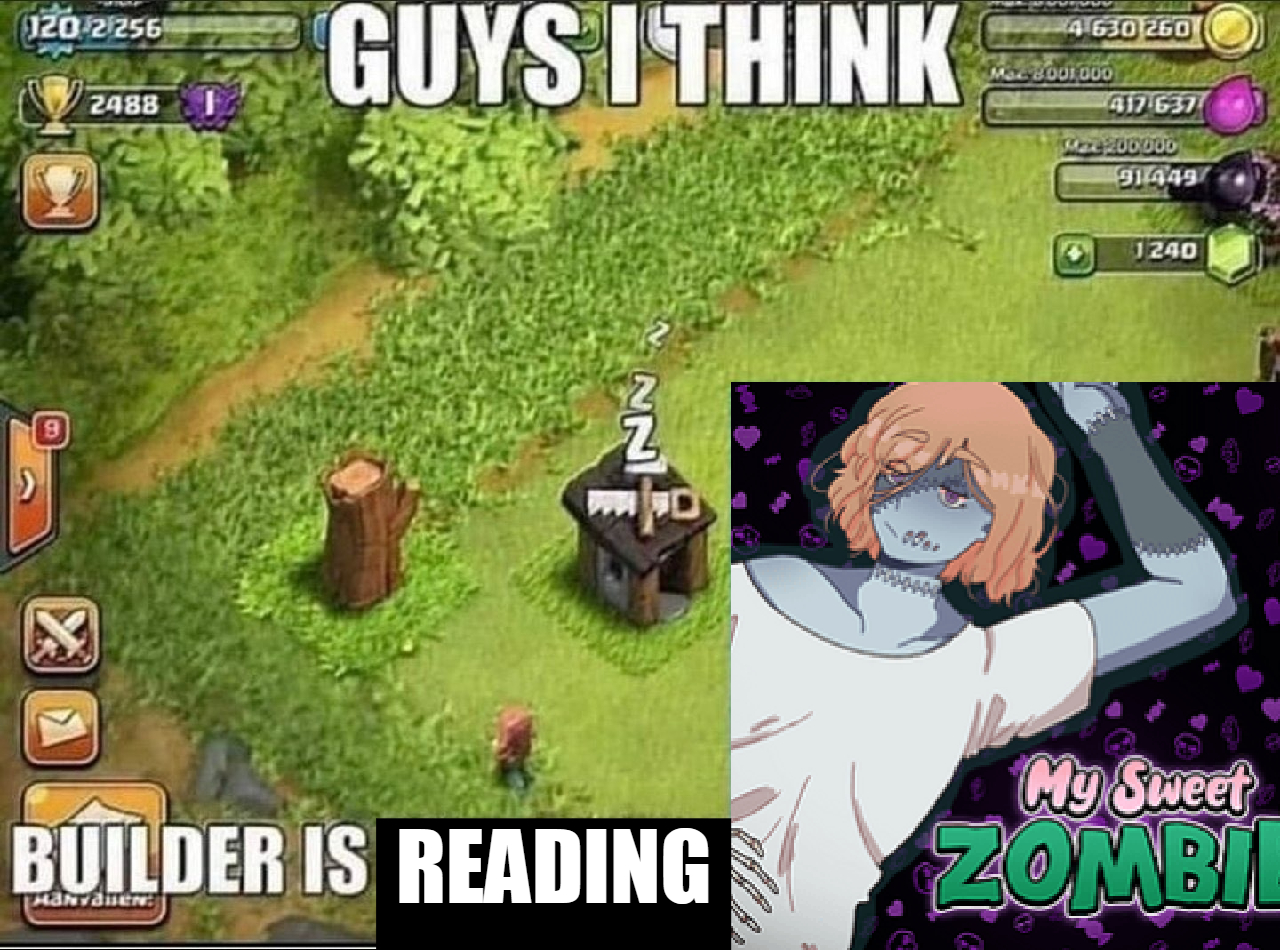 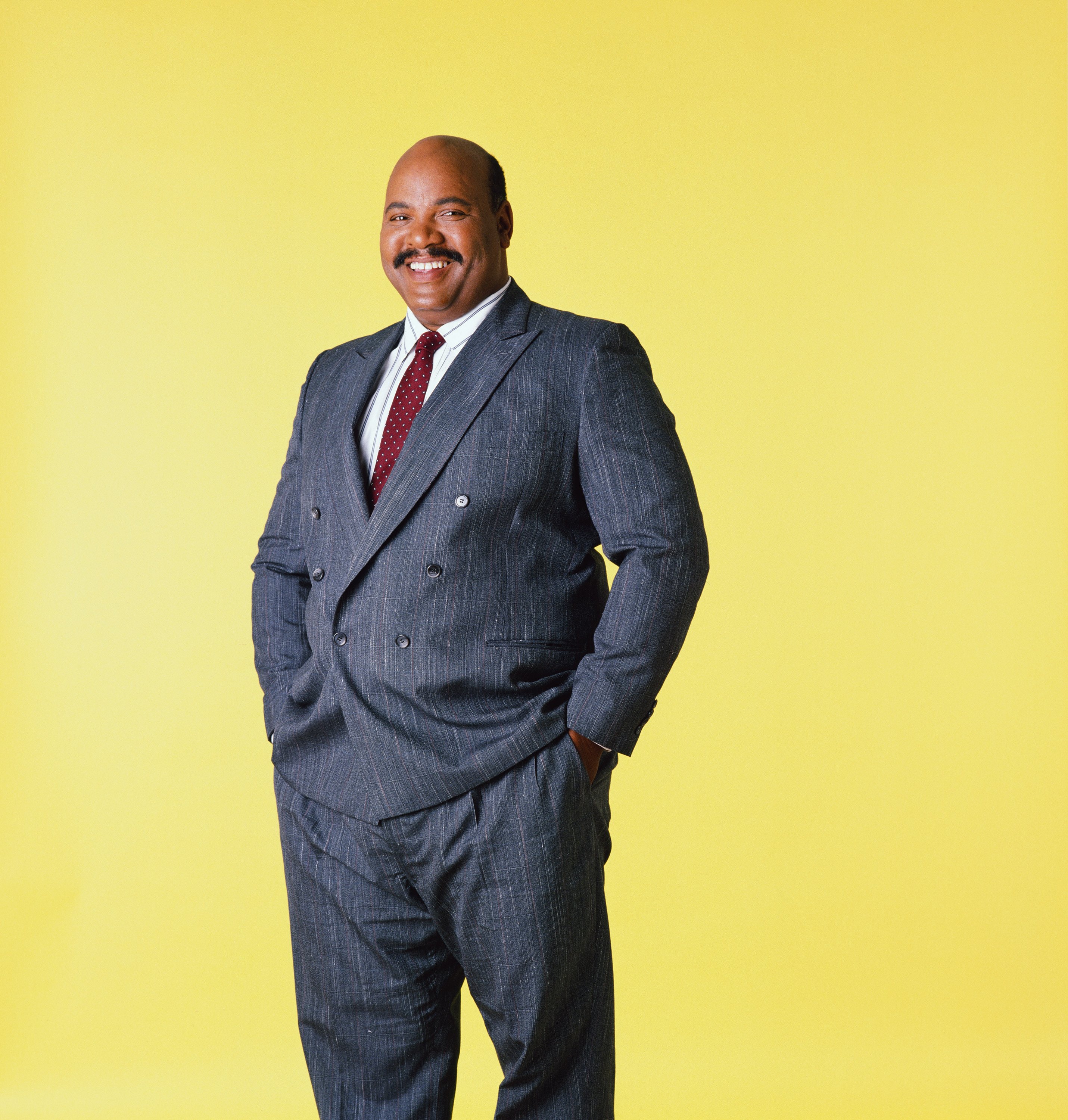 "Listen to me, Will. Don't play this game. It might lure you in with its bright colors and cute art, but it isn't any fun, and that's what really matters. Go ask Carlton what games he's been playing. He might not look it but he has decent taste in RPGs."

Fun game. I liked the music a lot.

Really cool game brought down by debilitating lag on browser version and too many light effects.

This game is much like a rollercoaster in that it raised my expectations too high only to drop them way, way down. The art is great, the characters are good, the humor is silly and direct, and the first half of the game is very enjoyable. I'm not exaggerating when I say this game went from 5 stars to 3 within minutes. What we have here is a Giraffe Town scenario where the developer makes something fun and unique only to turn the game on its head in the latter half, forsaking what made it so engaging in the first place. For reasons unknown by mankind, the author turned their entertaining and funny clown dating sim into a Kingdom Hearts spoof that goes on for way too long. Simple and grounded writing becomes convoluted and boring as my interest, much like the writing quality, takes a nosedive. If you're a fan of Kingdom Hearts then by all means play this game, but if you appreciate more consistent storytelling like me it might be better to pass on this one.

The irony of writing a serious review on a game about clowns is not lost on me.

I feel like I'd be doing this game a disservice if I didn't write a review for it. Not because it's particularly great, but because there's a lot of potential here to make it that way. The initial appeal of the game for me was Fiona's design, which is eye-catching and unique. The music and art in this game is top notch, except for the Antdueler theme which kinda sucks. However, the most important part of a visual novel is the writing, which is lacking in some areas. I like how Fiona will often go on a spiel about translating and what it means to do that for a living, giving some insight into a job most people never take the time to think about. This works in the beginning of the game when she's alone and there are no plot points being introduced, but the pizza parlor scene is where the game quality starts slipping. During this time the player's interest has shifted to Junko, the new and mysterious love interest, and what will come of her first outing with Fiona. Rather than focus on the girl in front of her, Fiona spends the entire time mulling over a troubling Twitter thread by herself and chooses not to discuss it with Junko. This scene would flow a lot better and be much more interesting if instead of a wall of narration, the information was given through a conversation between the knowledgeable Fiona and the interested Junko. As it is now, this scene is very boring, and I think a back-and-forth between the two characters would be leagues more engaging. The other gripe I have with the writing is the awkward shift to third person after getting back to the apartment. Putting the player in Junko's shoes is a great idea executed poorly. I think this transition would feel much smoother if the narration stayed in first person but the color of the text box changed to indicate that a different character is speaking. There is also a bug that made me unable to load the game from the main menu. I had to start a new game and wait until I could load my save from the prologue. Not game breaking or very annoying, but something worth fixing. I hope you take my criticisms to heart and create a game well worth the seven dollars.

Right when I was hooked the game ended. I'd love to see more.

I'm amazed at how you managed to turn a 5 star game into something even greater. This is easily one of the best RPGs on Itch, and one of my favorites overall.
However, the latest update has two (three?) bugs I noticed while playing. The first is that the game sometimes crashes when a battle starts for no apparent reason. The second is that it's possible to use the Graveyard Rose after entering the New Era Land, and re-entering that area by returning to The Edge softlocks the player on a black screen, though it is possible to access the menu. The third is that there is an item to the left of the church in the New Era Land that can't be picked up as far as I know. I'm not sure if this is intended or not.

These games were dope. I look forward to the full versions.

Awfully easy for a "rage game". After finishing it with little difficulty I have to say it was your ego talking when you gave it that title.

Great game. The only issue is that it takes way too long to respawn.

Really fun game. I'd love to see a full version with all 100 levels.

Really cool game, I've never seen anything like this before. I like how there isn't one strict solution to every level in terms of wire shapes.

Great game, I had a lot of fun with this one.

This game is really something. Everything about it is top notch and shows just how much the devs care about it. The music, characters, and especially the art are all so memorable, and I am very much looking forward to playing the full release. However, there are two flaws I noticed. The first is that the game slows down drastically over time, though this can be temporarily fixed by switching between windowed and fullscreen modes. The second issue of much greater importance is that if the player clicks on Mao before the map tutorial appears, it will initiate both cutscenes at once and lock the player out of the map feature permanently, making further progression impossible without reloading an earlier save. Thankfully, the map is introduced not long after the first demo ends, so it doesn't take too long to get back if you save over your file without realizing what happened. Those quirks aside, the game is great. Keep up the good work.

This game is decent at best. The jumpscares are weak and the atmosphere isn't enough to build them up quite right. Also, the cutscenes take way too long for a game this short. This might have just been me, but the game crashed after the woods part. I hope this criticism helps, because I see potential in this game. Despite my gripes, I did include it in this video of mine; it's the last game, at about 6:40.